How the pandemic has shaped the mental health of our kids 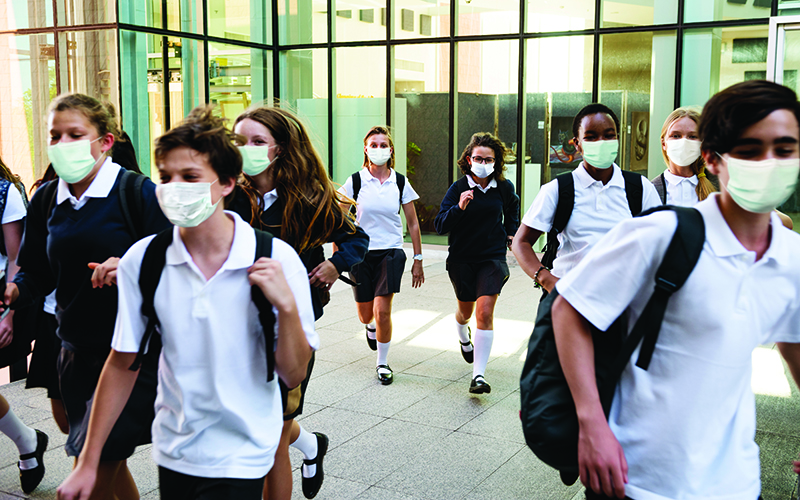 Telethon Kids Institute researchers went into 79 WA primary and secondary schools in 2020. They were looking for asymptomatic COVID-19 cases and also the impact COVID-19 was having on the mental health of children, their teachers and parents. They found increased levels of emotional distress among students and families.

As COVID-19 shut down the world almost overnight in early 2020, there were a lot of unknowns. Telethon Kids Institute was asked by the State Government to conduct non-invasive swabbing of WA schoolchildren to make sure there were no asymptomatic cases of the virus lurking in the community, and to look at the mental health of students, teachers and parents.

In total, 13,988 swabs were collected by the DETECT schools program, finding no cases of the virus in our schools.

Just over half of the students surveyed reported that COVID-19 had little or no negative impact on their lives, while 65 per cent said they felt ‘confident’ about their future.

Most parents responded that they felt equipped and supported to manage their child’s learning at home but were short of time. Communication between schools, teachers and parents was rated highly. Despite clear challenges, most staff reported feeling supported professionally and physically safe in the school environment.

Forty-five per cent of school staff felt the pandemic had impacted negatively on their students in June/July of 2020, dropping to 37 per cent by October.

Telethon Kids Institute epidemiologist and the Kerry M Stokes Chair of Child Health at Telethon Kids and Curtin University, Professor Pete Gething, said the results could point to a level of ‘background emotional distress’ that had been flying under the radar since the 2014 survey.

“It may well be exacerbated by the pandemic, but we cannot say for sure whether the pandemic has caused this distress.

“Other indicators show there has been an overall increase in youth mental health problems in recent years, so these findings really pose a bigger challenge for the community to determine the real extent of emotional distress among our children.”

The DETECT Schools Study conducted three rounds of SARS-CoV-2 testing in public schools across Western Australia while also analysing the psychosocial and wellbeing of students.

You can read the full report online here.

The Telethon Kids Institute has a number of resources available to help families and schools support the mental health of young people. See embrace.telethonkids.org.au