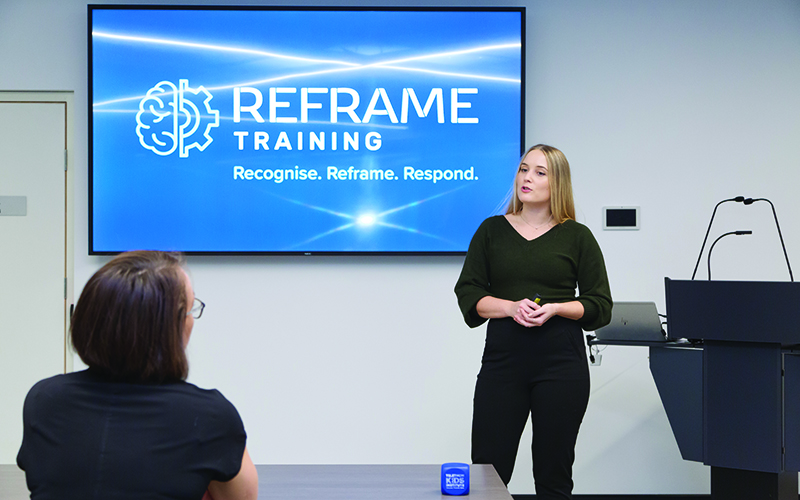 In 2018 findings from the ground-breaking Banksia Hill Project revealed that 89 per cent of young people in detention who were assessed as part of the project had at least one form of severe neurodevelopmental impairment.

The study – the first in Australia to assess and diagnose young people in a youth custodial facility for Fetal Alcohol Spectrum Disorder (FASD) – saw a multi-disciplinary team of clinicians and researchers assess more than 100 young people aged 10–17 who at the time were detained at WA’s Banksia Hill Detention Centre.

The project identified FASD in 36 per cent of those assessed but, even more concerningly, found high levels of neurodisability more broadly. Almost every single young person the team examined had some form of previously undiagnosed severe neurodevelopmental impairment.

The findings raised wider questions about missed opportunities for intervention which could have prevented the young people from becoming involved in the justice system in the first place, but also highlighted the need for better support for those who did find themselves there.

As part of the project then PhD student Hayley Passmore worked with Banksia Hill staff to develop Reframe Training, a training program designed to help frontline workers better understand and provide more effective support to young people with FASD and other forms of neurodisability.

Dr Passmore has since delivered the program to more than 350 frontline justice staff from across WA, with evaluation showing it has changed the way they recognise and respond to young people with disability; and has presented it to youth detention staff, lawyers, social workers and other frontline staff in the Northern Territory at the invitation of the NT Government.

Now, Dr Passmore is partnering with the WA State Government to revise and expand the resources for use in schools.

“We’re in the process of developing an entire Reframe package specifically for educators, but because we’re talking about thousands of staff across the state, it will be delivered via the Department’s online training platform rather than face-to-face,” Dr Passmore said.

Designed in consultation with Department staff and allied health professionals, including a paediatrician, neuropsychologist, speech and language therapist and occupational therapist, the package will focus on generalised strategies that can benefit all children, but particularly those with underlying neurodevelopmental issues.

“We’re saying to staff, we know many of the children you are educating will not have a formal diagnosis, and because of that, we want to provide you with some tools to use that aren’t harmful to young people that don’t have a diagnosis but will hopefully support you regardless of what an individual’s specific needs are,” Dr Passmore said.

Central to the package will be a series of short films shot in classroom settings, developed in consultation with the Department and designed to help teachers put themselves in the shoes of a child with neurodisability.

“The films provide an immersive experience, drawing people into the story in a way that can often stay with them longer than just a generic training module,” Dr Passmore said. “It’s all about empathy, drawing the viewer into the narrative from the perspective of that young person.”

She said the ultimate goal was to get teachers encountering certain behaviours to stop and think about what might really be going on with a child and whether they may need to modify the way they work with that child.

“The tag line is Recognise. Reframe. Respond. So recognise what might be going on for this young person, reframe the associated behaviour, and then respond appropriately,” she said.