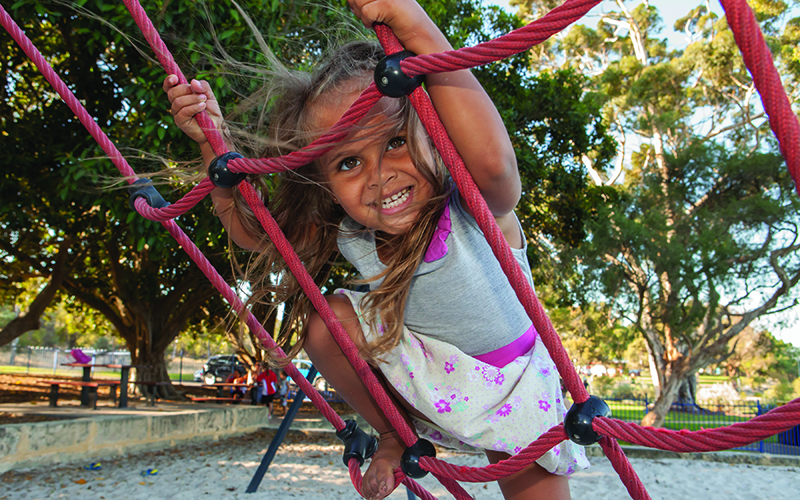 In 2020, the National Closing the Gap partnership made improving early development of Aboriginal and Torres Strait Islander children one of its top priorities. Australia will measure progress in this area using the AEDC – a program developed and supported by Telethon Kids Institute researchers since 2003.

Emphasising the importance of strong foundations for health, wellbeing and opportunity, the Australian Early Development Census (AEDC) program has been monitoring how our children are developing for more than a decade.

The AEDC arose out of work done in the early 2000s, when Telethon Kids Institute researchers adapted the Canadian Early Development Instrument (EDI) for use in Australia. As part of the development process, and to ensure it was culturally inclusive and appropriate, Professor Sally Brinkman and team adapted the instrument for Aboriginal children – changes which resulted in improvements for all children.

In 2009 the resulting Australian Early Development Index (AEDI, later renamed AEDC) was adopted by the Australian Government and the census program was rolled out nationally – making Australia the first country in the world to collect national data on the developmental health of all children starting school.

Held every three years, each census since then has collected information for more than 95 per cent of children in their first year of full-time school, including Aboriginal and Torres Strait Islander children. When teachers complete the checklist for Aboriginal and Torres Strait Islander children in their class they do so in consultation with cultural consultants.

Professor Brinkman – who is Co-Director of the Fraser Mustard Centre and was central to developing the AEDC – said each census takes a holistic view of a child’s early development, providing a well-established measure that tells us how well children have been supported in all aspects of their health, wellbeing and learning.

“The indicators used in the AEDC are very sensitive to policy change and community action – you could call them the ‘canary in the coal mine’,” Professor Brinkman said.

“These areas are an early indicator of later health and educational outcomes throughout school and later life”.

Professor Brinkman said the recent inclusion of the AEDC as a measure in the national Closing the Gap strategy targets demonstrated a commitment to improving conditions for Aboriginal and Torres Strait Islander children and their families.

In 2020 – driven by Aboriginal and Torres Strait Islander leaders and their communities – the targets were reset, with the AEDC included in the 17 new targets to help measure children’s early development. The new focus takes a strengths-based approach to tracking progress, switching the perspective from ‘developmentally vulnerable’ to ‘developmentally on track’.

The goal is ambitious: to increase the number of Aboriginal and Torres Strait Islander children assessed as being developmentally ‘on track’ to 55 per cent by 2031. The most recent measure in 2018 showed 35 per cent were on track, which has improved slightly since 2009.

“With this new target of ‘on track’ specifically for Aboriginal children I would hope to see, over the next few years, more of a focus on trying to identify those communities that are doing well – and identifying the community strengths, support systems and cultural knowledge that is contributing to better outcomes for children,” Professor Brinkman said.

She said her involvement in developing the AEDC was one of her proudest career achievements, and seeing the potential it had to help achieve real change for Aboriginal and Torres Strait Islander children through Closing the Gap was extremely gratifying.

“Seeing it integrated into all of these things is nice but at the same time, it still requires action to change the results.”

Providing evidence to support health, education and community policy and planning, it highlights what is working well and what needs to be improved or done to support children and families

First run in 2009, the AEDC is held every three years. The 2021 AEDC data collection commenced in Term 2 of this year, and will be the fifth collection