Dogs and kids - good for the head, heart and health 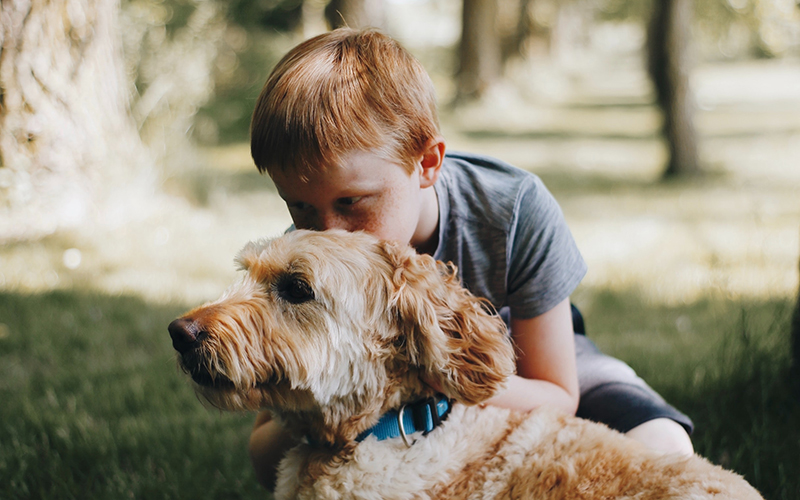 It was the right story at the right time: six months into COVID-19, as the world was reeling from the relentless blows of a ballooning pandemic, along came a warm, fuzzy tale about kids and dogs that hit everyone in the feels.

Media across the world lapped up research led by Associate Professor Hayley Christian which found that having a family dog – and regularly playing with it and taking it for walks – could boost young children’s physical and emotional health.

High-reach outlets from the BBC, CNN, Fox, The Times of India and Xinhua to the New York Times, Washington Post, Daily Mail, Modern Dog Magazine and This Dog’s Life carried various takes on the research, with many seizing on the idea that children are more likely to be kinder and less likely to have emotional problems if there’s a dog in the family.

The study found children aged 2–5 years from dog-owning households had increased pro-social behaviours like sharing and cooperating and were less likely to have conduct or peer problems, compared to children without a dog.

Associate Professor Christian said the beneficial impacts for young children had a lot to do with how often children played with or walked their family dog, but even the researchers were surprised by the strength of the results.

“While we expected that dog ownership would provide some benefits for young children’s wellbeing, we were surprised the mere presence of a family dog was associated with many positive behaviours and emotions,” Associate Professor Christian said.

Associate Professor Christian said the positive response from around the world showed the timing was right – with a pandemic in the background, people were ripe for good news – but also reflected the strength of the study, which involved more than 1,600 families, and the fact there had previously been little research about the impact of dog ownership on such a young age group.

“The way the research was picked up by the international community was just incredible – it was such a good opportunity to shine a light on the great research coming out of our Institute here in Perth,” she said.

Associate Professor Christian cautioned that while research was increasingly showing the child health and developmental benefits of dog ownership – a choice many had made during the pandemic – it involved a significant responsibility and commitment that shouldn’t be rushed into.

This research was funded by Healthway and the Human-Animal Bond Research Institute (HABRI).

The paper – which used a Dogs and Physical Activity tool developed by Associate Professor Christian to help measure the child health and development impact of dog ownership – surveyed 1,646 WA parents

It found children from dog-owning households were 30-40 per cent less likely to have conduct or peer problems, had 23 per cent fewer total difficulties, and were 34 per cent more likely to have pro-social behaviours than children without a family dog