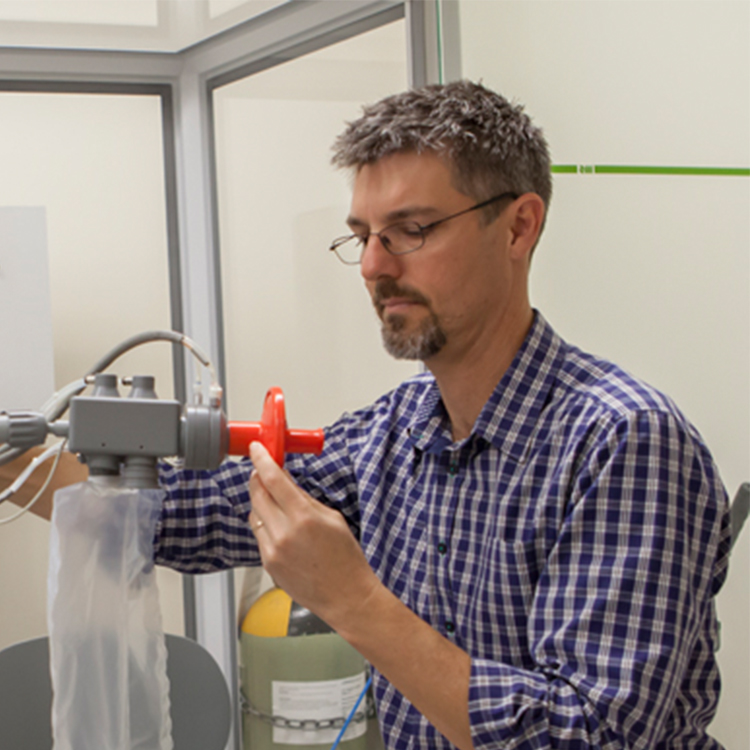 A global research network established with the goal of improving the diagnosis of lung disease has taken another step towards standardising the way doctors interpret commonly used lung function tests.

In a study published this week in the European Respiratory Journal, members of the Global Lung Function Initiative (GLI) Network, which includes the Telethon Kids Institute, studied the lung function of more than 12,000 people across 14 countries in a bid to create definitive guidelines for doctors using the TL,CO test.

Telethon Kids’ Head of Children’s Lung Health and study co-author Associate Professor Graham Hall said the test was an important tool in the diagnosis of lung disease and was also used to monitor patients, including children, undergoing certain kinds of chemotherapy which can affect lung health.

However, doctors had struggled to interpret results of the tests due to conflicting advice over what represents the ‘normal range’ of lung function in different types of patients.

The TL,CO test – the single breath transfer factor of the lung for carbon monoxide (TL,CO) – measures CO gas transfer in the lungs and is a strong indicator of the efficiency of gas exchange in the lungs.

It is the second most commonly used test for determining whether lung function is normal or problematic.

“Over time there have been dozens of different attempts to define the normal range of lung function, with no consensus reached, and doctors have had to choose which information to rely on,” Associate Professor Hall said.

“For example, there was no agreement on which information was best for children, adults, or the various ethnic groups. This has hampered clinicians’ ability to get a true picture of an individual patient’s lung function.”

Hoping to create one consistent set of reference information, GLI researchers from Canada, the Netherlands, China, Mexico, the UK and Australia collected data from 19 centres in 14 countries and examined the lung function measurements of 12,659 non-smoking individuals aged between 4 and 91.

Using this data, they were able to establish reference equations representing the normal range of lung function for Caucasian populations across all ages.

Associate Professor Hall said the results represented a significant move towards achieving globally standardised interpretation of what was a key weapon in the fight against lung disease.

“Ultimately, these new standards will end up defining normal for every patient who gets referred to do this test in Australia, New Zealand, and globally,” he said.

“We’ll now continue to work with our partners and collaborators to obtain multi-ethnic reference equations.”

Associate Professor Hall, who was a founding member of the GLI when it was established in 2008, said the network – comprised of hundreds of scientists across five continents – had become the largest resource for reference equations for routine lung function testing ever assembled. Its work was a clear demonstration of research being translated into practice.

“Prior to this study the GLI had already managed to establish new standards for the most common lung function test, spirometry,” he said.

“The spirometry guidelines are now mandated in Australia and New Zealand and recommended in Asia, North America and Europe, and it won’t be long before the same happens for TL,CO tests.

“It’s a great example of altruistic collaboration between researchers, health professionals and industry partners – all united in a desire to improving outcomes for patients with lung disease.”