Lightening the leukaemia load for kids with Down syndrome 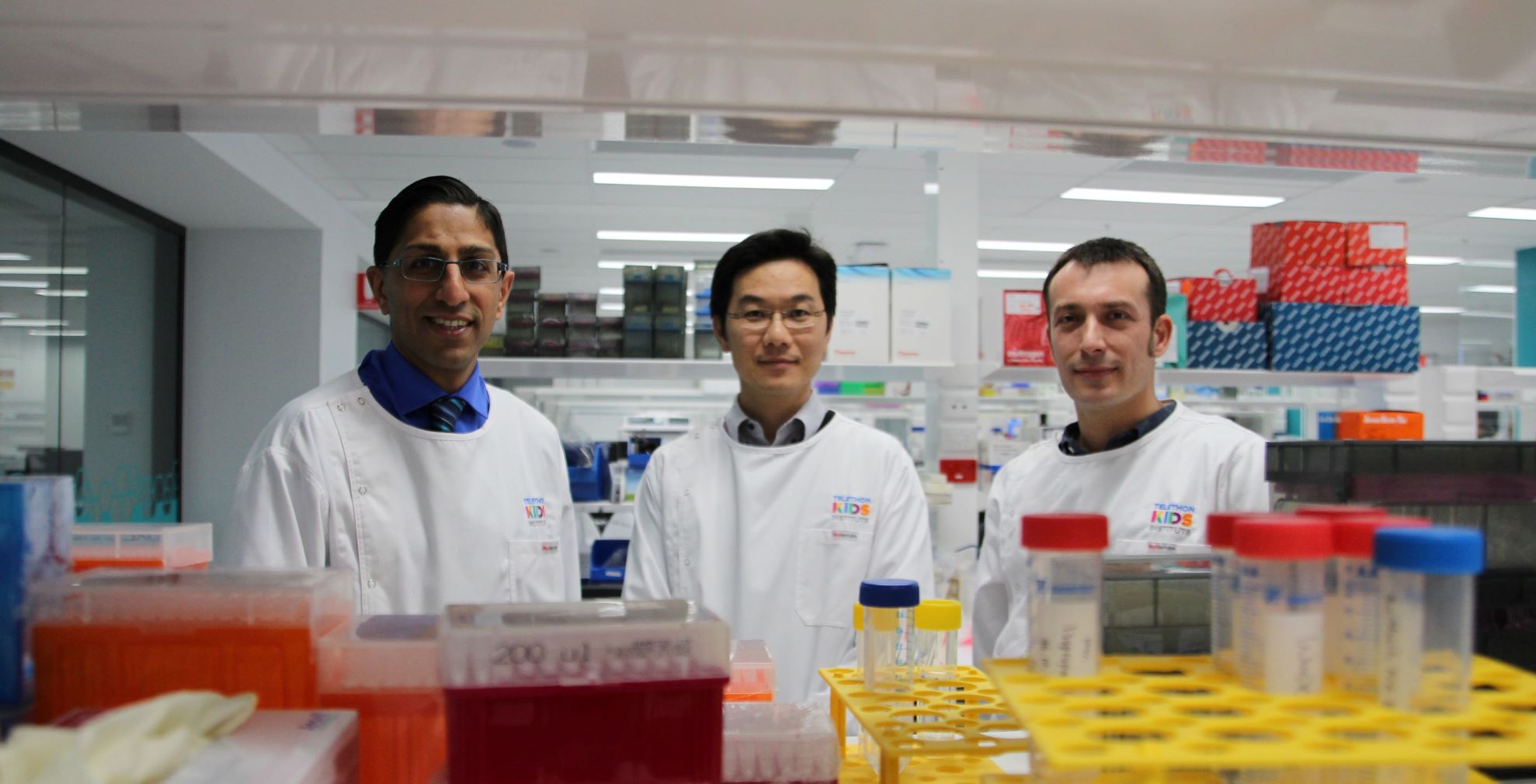 Kids born with Down syndrome are at high risk of an array of health problems – including issues with sight, hearing, heart defects, bone complications, immune disorders and learning difficulties. One of the lesser-known complications is their increased risk of childhood leukaemia.

Acute leukaemia is the most common type of cancer in children, affecting more than 200 Australian children annually. But some children are more prone than most, with those born with the genetic disorder Down syndrome carrying a 27-fold risk of developing B-cell leukaemia.

Not only are kids with Down syndrome at higher risk of developing leukaemia, but they also have a harder time fighting it – responding poorly to current treatments and facing triple the risk of having toxic secondary effects. They are also at almost twice the risk of relapse compared to other children.

It’s a load Telethon Kids cancer researcher, Dr Sébastien Malinge, has dedicated more than a decade of his career to lightening.

“I’ve been fortunate enough to meet many children with Down syndrome over the last ten years, and their warmth and kind nature continues to inspire me,” Dr Malinge said.

“I felt genetics had been unfair to these kids. They’re at an increased risk of lymphoid leukaemia and are given a far worse prognosis – and that’s what drives me, finding the genetic causes of this to give them the same fighting chance against leukaemia as any other kid.

Dr Malinge began this work as a PhD student in Paris in 2006, using a sample donated by a Down syndrome child in France to try to better understand the relationship between Down syndrome and cancer. Focusing on chromosome 21 – an extra (third) copy of which leads to Down syndrome – Dr Malinge and colleagues were able to show the same chromosome is implicated in a range of blood cancers, in children with and without Down syndrome.

Dr Malinge subsequently used another half a dozen samples to develop the world’s first Down syndrome preclinical models. Since moving to the Telethon Kids Institute in 2017, he has gone one better – developing the world’s first Down syndrome cell line. Using the models and this cell line, he is now working to identify new weaknesses in leukaemia cells and testing novel therapies to help improve treatments and outcomes.

“There are many lessons to be learnt from studying leukaemia in children with Down syndrome,” Dr Malinge said. “Extra copies of chromosome 21 are one of the most common genetic features in kids with blood cancer, and we have recently established that they also have a role outside Down syndrome patients.

“This knowledge is giving us new clues about the mechanism behind other types of leukaemia in kids – possibly even lymphoma in adults.”

Dr Malinge and his team are currently using the unique lab models they built to screen a wide range of drugs and therapies.

“We have already tested some drugs to decrease the growth of leukaemia cells and we are looking at widening this scope to other types of drugs,” Dr Malinge said.

“Through this process, we are finding new vulnerabilities to attack the cancer – not only paving the way for more efficient, more targeted therapies for kids with Down syndrome – but also non-Down syndrome children with leukaemia and lymphoma. That’s the ultimate goal.”

Dr Malinge has travelled the world in search of answers to his bid to improve life for Down syndrome children with leukaemia. Since starting his PhD at the Necker Children`s hospital in Paris in 2006, he has taken his work to Northwestern University in Chicago, then back to the Gustave Roussy Institute in Paris – where he made his breakthrough in developing novel preclinical models – and now to the Telethon Kids Institute in Perth. It was in the Telethon Kids cancer lab that he made his latest breakthrough, developing a world-first cell line for that is allowing him to widen the search for novel therapies which could make leukaemia treatment for Down syndrome children not only more effective, but less harsh.

Dr Malinge’s work to improve outcomes for Down syndrome children extends beyond the lab. He is a consultant with the Jérome Lejeune Foundation in France, a member of the Trisomy 21 Research Society (T21RS) based out of the Netherlands, and a Board Member of Down Syndrome WA. He has travelled the world presenting on his research, including most recently in the T21RS conference held in Barcelona in June 2019. He is Ursula Kees Fellow, CLCRF and Co-Head, Leukaemia and Cancer Genetics, at the Telethon Kids Cancer Centre.

What is Down syndrome?

Down syndrome is one of the most common genetic disorders seen at birth, with approximately one in every 1000 kids born with Down syndrome in Australia every year.

Leukaemia or blood cancer is the most common type of cancer in children worldwide and remains the second cause of cancer-related death in kids.