Telethon Kids Institute researchers who worked with young people to develop an app designed to help teenagers stay safe in the sun have been named joint winners of a new award for ‘Best Practice in Children’s Consultation’.

The award, supported by the Commissioner for Children and Young People WA, was announced as part of the 2022 IPAA WA Achievement Awards on Friday.

The Sun Safe smartphone app is designed to protect teenagers from sunburn – a risk factor for melanoma, the most common cancer in Australians aged 15-29 years – while also supporting them to safely spend active time outdoors. 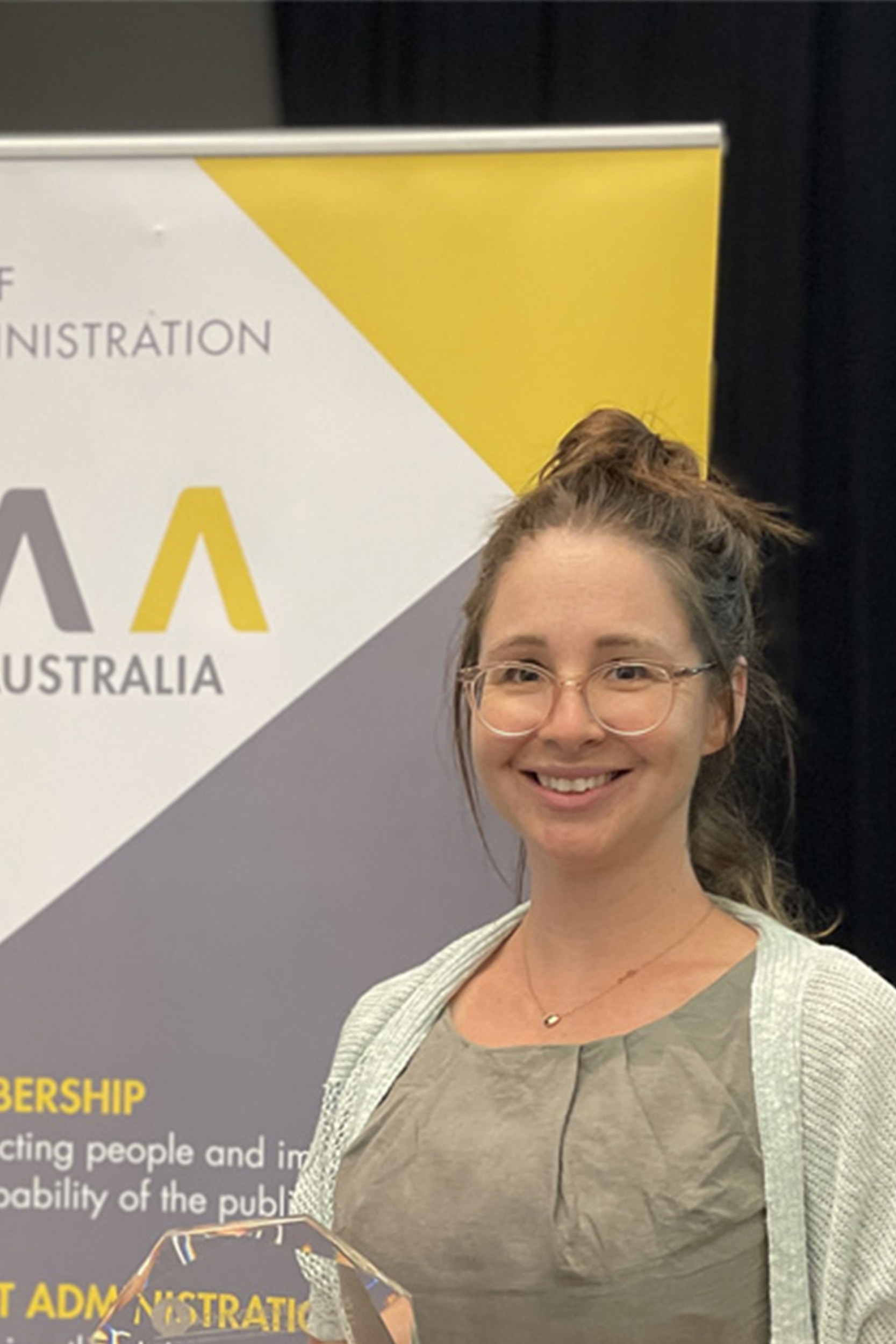 “The result is that one in four teens experience sunburn every weekend over summer. This can put them at risk of melanoma, an all-too-common problem in Australia that begins in childhood and adolescence.

“While too much sun can be harmful, some is needed to make vitamin D, which has a range of important health benefits including bone health.

“We wanted to find a way to help young people balance their needs for sun protection with some ‘safe’ sun exposure to make vitamin D.”

The team consulted with 24 young ‘co-researchers’ (aged 12-13 years) asking for their help in brainstorming, designing, testing and reviewing an app that would help young teens to manage healthy sun behaviours.

“Communicating these messages can be challenging, but smartphones are so widely used by young people that they are a great tool in helping to convey effective information about safe sun practices,” Dr Gorman said.

The resulting free app includes educational content, including how to understand the UV Index, gamified quizzes, real-time, location-specific weather data on the UV Index, a sunscreen application timer, and reminders to check the UV Index.

Dr Gorman said involving young people in the development process, including through workshops, meetings and surveys, had provided valuable feedback every step of the way – ensuring the information was appropriate for the target audience of teens aged 12-13.

“When translating research into something that affects a particular group of people – in this case, young teenagers – it is essential to listen to the views and ideas of that group to make sure you’re producing something that will be useful and accepted,” she said.

“By working with young teenagers, we produced a high-quality app, which in independent studies was highly rated by them for the information provided, and increased their knowledge about the UV Index.

“We’re thrilled to have had this valuable partnership with young people recognised by the IPAA WA and the Commissioner for Children and Young People, and honoured to share this award with Nature Play WA.”

Next steps for the Sun Safe project – developed as part of a project funded by Healthway and produced in collaboration with Cancer Council WA, Reach Health Promotion Innovations, Curve Tomorrow, Curtin University and The Australian National University – will include determining the app’s effects on the sun health behaviours of young teens.

To find out more about the winners at this year’s IPAA WA Achievement Awards, see here.