How the Australian bushfires can impact your family’s physical health 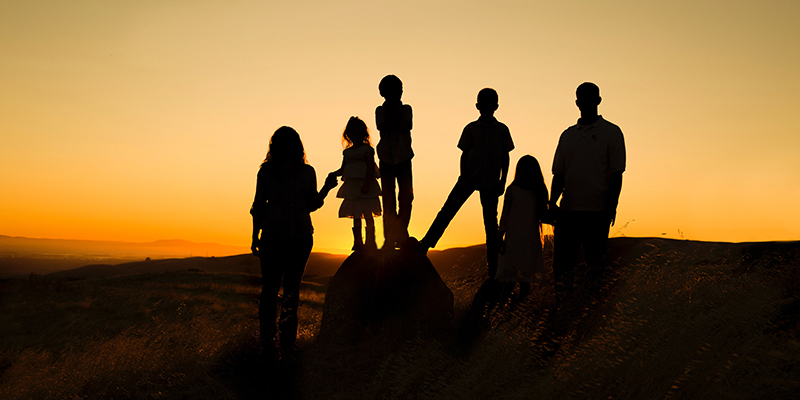 Bushfires can have a considerable impact on our physical and mental health, with some symptoms lasting long after the blaze is extinguished. And our children are amongst the most vulnerable.

Our experts have compiled the following information and tips to help protect your family’s physical health during the Australian bushfire crisis.

“Children’s lungs are still developing and therefore are more sensitive to the microscopic particles that are in the air,” Professor Hall said.

Itchy eyes, sore throat, running nose and coughing are all signs of smoke irritation but children with pre-existing heart or lung conditions are at a greater risk because they will feel the effects more.

“Children with asthma are more likely to experience wheezing, chest tightness and difficulty breathing while smoke is around, more than those who don’t,” Professor Hall said.

“Exposure to air pollution can also impact on the development of unborn babies. Pregnant women should consider ways to minimise their exposure to the smoke as much as possible.”

How you can protect your family’s physical health

Telethon Kids Head of Respiratory Environmental Health Associate Professor Alexander Larcombe advised those in affected areas to avoid smoke exposure by staying indoors with the windows and doors closed, with the air conditioner on recycle mode to reduce smoke coming into the house. He said in addition to poor air quality, the heat can also cause issues for people with pre-existing heart and lung conditions, such as asthma.

He urged those that have a heart or lung condition who may have concerns or are experiencing increased symptoms to speak with their GP.

Here’s his top tips to help reduce the health impact of smoke exposure:

In the last month, air pollution has climbed to more than 10 times hazardous level in some areas of New South Wales and Victoria.

NSW Heath reported on December 10, which was one of the poorest days for air quality across Sydney, there were 234 presentations to emergency departments for asthma or breathing problems, which was almost twice the average number of 130.

Poor air conditions have spread beyond the fire-ravaged areas and blanketed our major cities, including Melbourne, Sydney, Adelaide and Canberra.

Associate Professor Larcombe said that while our body’s defence mechanisms can generally cope with short periods of smoke exposure – it’s a concern when this exposure is ongoing.

“Given the exposure has been for extended periods and at extremely high levels, it could mean that people experience more serious respiratory health effects or that those health effects take longer to resolve,” Associate Professor Larcombe said.

“The ultrafine particles in the air from the bushfires can go deep into the lungs and cause serious inflammation. Some of these fine particles are also able to enter the blood stream and can impact other organs, including the brain and cardiovascular system.”

What has history taught us?

In South Australia, 1526 survivors of the Ash Wednesday fires were surveyed 1 year after the event. The study found that in comparison to the general population, the survivors had a significantly higher prevalence of a range of conditions, including hypertension, gastrointestinal disorders, diabetes, and mental illness.

Further studies after the Hazelwood coal mine fire found pregnant women who were exposed to smoke were more likely to be diagnosed with gestational diabetes compared to those who were not exposed.

“Bushfires can cause extreme erosions that accelerates runoff of sediments and nutrient-rich material that can render water supplies undrinkable,” Dr Foong said.

“Experts have suggested the runoff of sediment and nutrients, including ash and soil, could pose a threat to the stability of the ecosystems of water bodies as well.”

Read on to learn how you can look out for your family's mental health during and after the bushfire crisis.