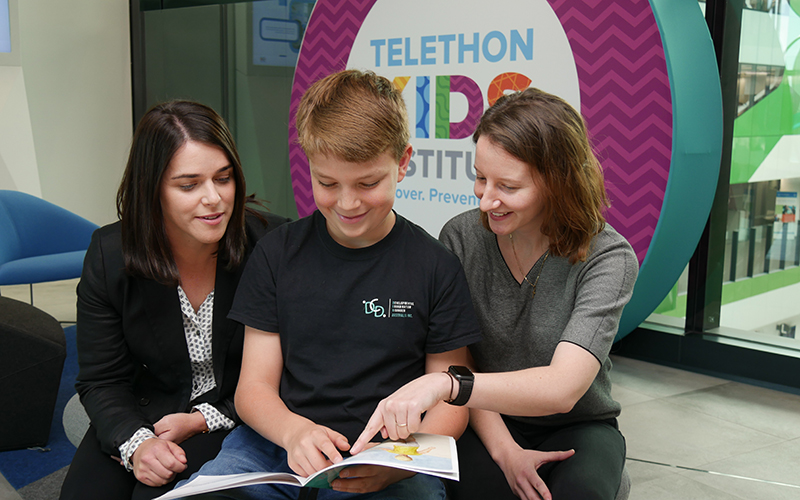 Kai Elbers with Sometimes I Find It Hard To Move My Body author and illustrator, Melissa Licari and Sarah Pillar

Two Telethon Kids Institute researchers behind a new book featuring the voices of children with Developmental Coordination Disorder hope it will make more people aware of a condition which affects at least one child in every Australian classroom.

Kai Elbers was almost seven years old when – after years of little red flags which were largely missed – he was finally diagnosed with developmental coordination disorder (DCD).

Affecting around five per cent, or one in 20 Australian school-aged children, DCD is a persistent condition influencing a child’s ability to learn and perform basic motor skills required for everyday activities such as dressing, writing, jumping and running. Children with the disorder are often assumed to be clumsy or lazy,  and can suffer low self-esteem or anxiety.

By the time of his diagnosis Kai had already begun to experience significant anxiety and distress as he struggled to fit in at school due to problems including trouble throwing balls and balancing, trouble learning to write, and toileting accidents – the result of being unable to undo his buttons in time.

By the age of ten, he was having panic attacks almost every day and had stopped writing altogether after being teased by another child’s parent. By 11 – last year – he was thinking about self-harm and suicide.

Parents Samantha and Brian Elbers were shattered. For four years they’d tried everything to get their son the support he needed, including spending thousands of dollars on services including speech therapy, a psychologist, and occupational therapy to help him learn to write properly. 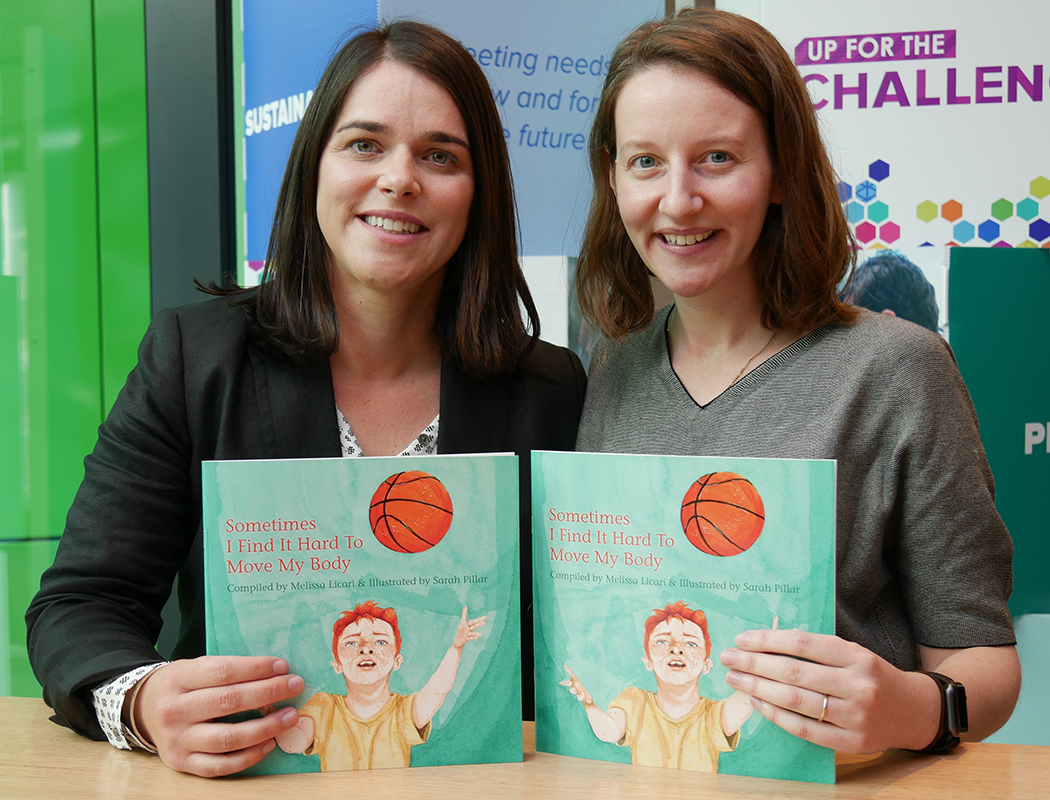 With DCD not recognised by the National Disability Insurance Scheme, every therapy and support was funded directly out of their own pocket.

Finally, with their son no longer wanting to go to school at all, they withdrew him from school in Victoria and started exploring options interstate, eventually finding a warm and welcoming independent school in Queensland.

“Kai’s anxiety is now gone and he is the happiest we have ever seen him – he now gets an aide in the classroom for support a few days a week and he is going from strength to strength,” mum Samantha says.

Kai is one of several children whose voices are brought to life in a new book compiled by Telethon Kids Institute researcher Dr Melissa Licari and illustrated by fellow Telethon Kids researcher Sarah Pillar.

Inspired by the stories of children with DCD with whom Melissa has worked over the past 17 years, Sometimes I Find it Hard to Move my Body describes from the children’s perspective the daily challenges they face as a result of their DCD, such as holding a pencil, using cutlery, and catching balls.

The book – beautifully illustrated by water colour paintings created by Sarah – also captures the way this can leave the children feeling.

“In my years of working with children with DCD I’ve heard so many stories of failure, bullying and exclusion, and children struggling to keep up in class,” Melissa says.

“Stories of teachers not knowing what DCD is and assuming the child is just lazy; stories of families getting handballed from specialist to specialist and being told ‘he’s just a clumsy kid, he’ll be fine'.

“But having witnessed firsthand the anxiety, low confidence, poor self-esteem, and depression in children as young as five, you have to question – are they?

“This book is about providing an opportunity for children with DCD to be heard.”

Melissa, who researches DCD as a member of the Telethon Kids autism research team, says that despite first appearing in diagnostic manuals back in 1994 and being one of the most prevalent neurodevelopmental disorders to affect children, DCD remains relatively unrecognised.

“DCD is poorly resourced because there isn’t enough evidence to demonstrate the impact it has on children and their families,” she says.

“Our research will continue to build the evidence base in this area, but in the meantime this book will help to create some visibility for this disorder. It’s a book we hope will help families with DCD, but also to help others understand DCD.”

The book’s publication marks the start of a national advocacy campaign, in which Melissa will join forces with DCD Australia – a support and advocacy organisation founded by Samantha and Brian in 2016 – to raise awareness and advocate for more support for children and families affected by DCD.

Melissa says it is important that children displaying ‘persistent’ movement difficulties at any age be identified and supported.

“Even though children with movement differences like DCD may not outgrow their movement difficulties, the impact can be reduced if children receive the support needed as early as possible – this will provide them with the best chance of minimising the long-term effects.”

“Teachers also play a critical role in the educational journey for children with movement difficulties, by ensuring the tasks and learning environment are suitable for or adapted to their needs.”

Published by UWA Publishing, the book can be purchased here.