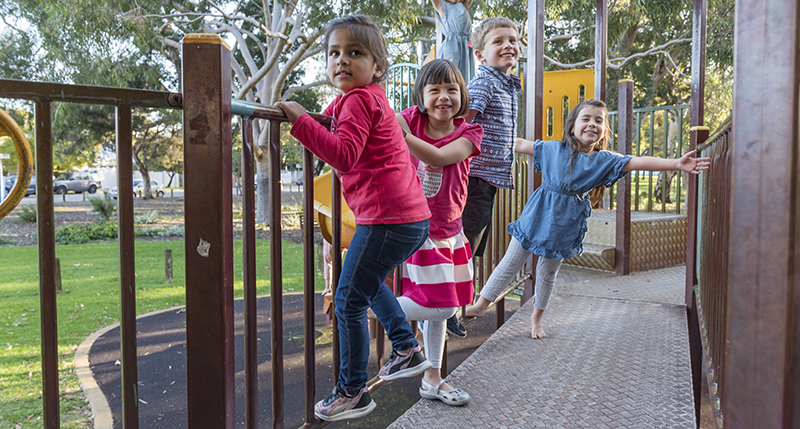 Eight Telethon Kids Institute-led projects will benefit from a Western Australian Government boost to health research for the State’s children and young people.

Announced by Health Minister Amber-Jade Sanderson and Medical Research Minister Stephen Dawson during this year’s Telethon weekend, the eight projects are among 11 to share in WA Child Research Fund (WACRF) grants worth a total of $6.14 million.

The research areas supported in this round, each by a grant ranging in value from $330,000 to $600,000, include childhood cancer, ear health, rheumatic heart disease, allergy, Strep A and rheumatic heart fever, respiratory viruses, paediatric burns, and the impact of climate change on the health and well-being of children in WA.

The Telethon Kids Institute-led projects – each of which will be administered by The University of Western Australia and undertaken by a team of researchers led by a chief investigator – include:

Telethon Kids Institute Director Professor Jonathan Carapetis – who is also part of the research team on the Laurens Manning-led project – thanked the WA Government for its ongoing investment in child health research, in partnership with Telethon.

“The projects – and the dozens of researchers attached to them – that will be generously supported thanks to this round of WACRF grants represent a broad range of child health research, all of which will benefit the health of kids in WA and beyond,” Professor Carapetis said.

“As an Institute we are so grateful for the support of both the WA Government and the community through Telethon. This level of dedicated support for home-grown, innovative and impactful research is absolutely vital to ensure we’re making the most of the extensive talent we have available to us here in WA.

In return, we’re proud to be able to give back to the community by not only producing world-class research, but ensuring our research outcomes are translated into changes in policy and clinical care that make a genuine difference in the lives of kids and their families.

The WA Child Research Fund – formerly known as the Telethon-Perth Children’s Hospital Research Fund –  was established by the Department of Health and the Channel 7 Telethon Trust in 2012 to provide financial support to research projects that focus on the health of children and adolescents in WA.