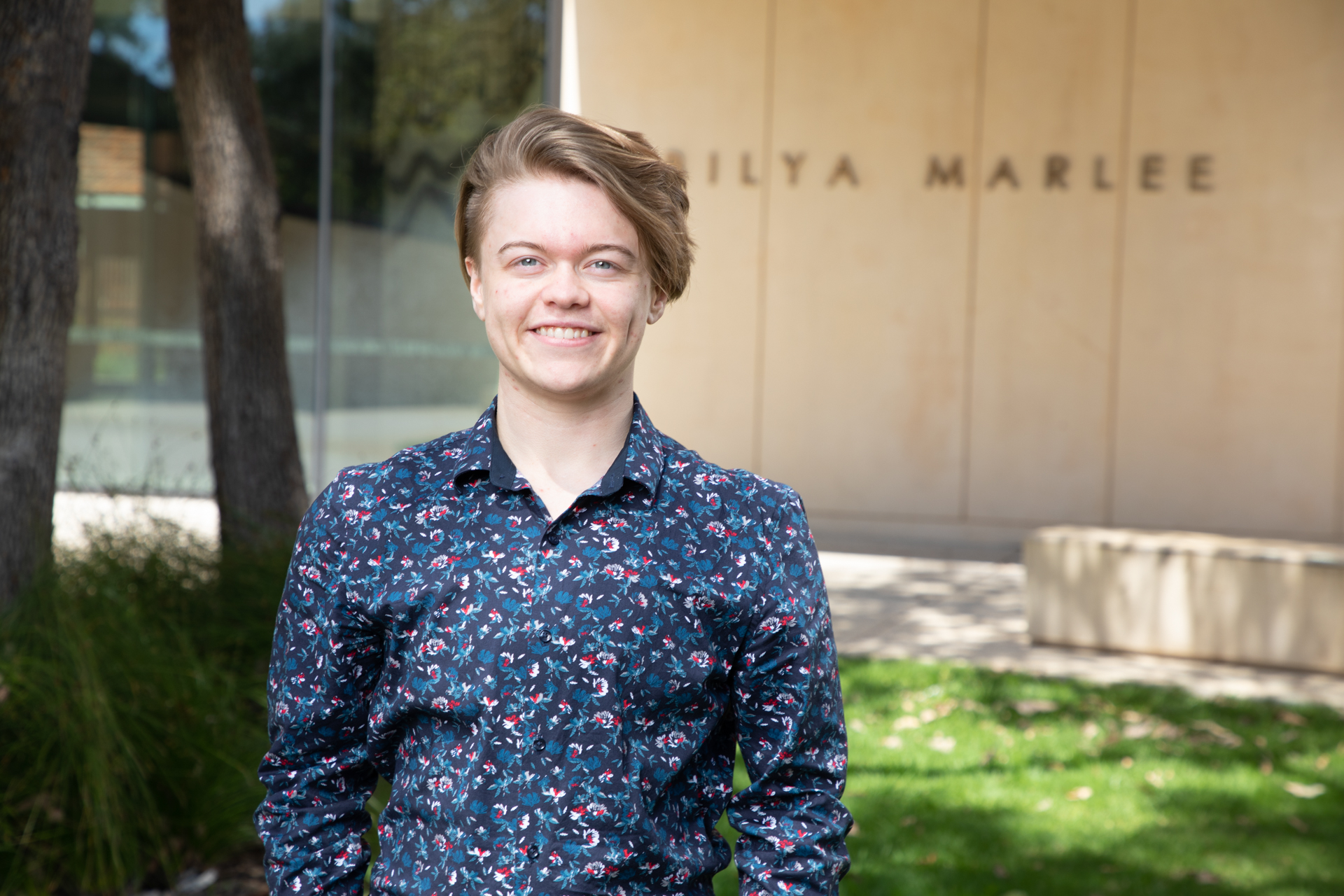 A Telethon Kids Institute and The University of Western Australia (UWA) PhD student focused on youth mental health has been named joint winner of the Shell Aboriginal STEM Student of the Year category at the 2022 Western Australian Premier’s Science Awards.

Ngarrindjeri man James Hill took out the category for his research investigating how stigma contributes to the disproportionately poor mental health outcomes experienced by trans and gender diverse young people.

Mr Hill, who is the first Aboriginal man to undertake a PhD in Psychology at UWA, continues to be a role model, tutor and mentor to Aboriginal and Torres Strait Islander students in the field. His goal is to become a researcher and clinical psychologist and work with Indigenous and LGBTQAI+ people to help them in living full and healthy lives.

“My aspiration for a career in psychology is to champion lived experience as a powerful tool to understand the factors affecting mental health in both research and clinical domains.”

Beyond his research, James is also a high-achieving student and a committed advocate who has become an inspiring role model for Aboriginal and LGBTQI+ young people who aspire to a career in psychology and research.

Three other Telethon Kids Institute researchers were recognised as finalists at the awards:

Associate Professor Hayley Christian was a finalist for the HBF mid-career Scientist of the Year award for her work to promote better physical and mental health outcomes for children through a physically active childhood.

Associate Professor Christian, who is also a Senior Research fellow at The University of Western Australia and a Heart Foundation Future Leader Fellow, heads a multi-disciplinary team that is working to develop the best environments, policies and programs to enable children to be active for lifelong health.

Emerging cancer researcher Dr Rachael Zemek and mental health researcher Dr Nicole Hill were both finalists for the Woodside Early Career Scientist of the Year. Dr Rachael Zemek is a Forrest Prospect Fellow at The University of Western Australia and a Raine BrightSpark Fellow working in the Sarcoma Translational Research Team at Telethon Kids Institute. She has a strong focus on developing new immunotherapy treatments for Sarcoma – a cancer affecting children and young adults.

Her work has made breakthrough discoveries to advance our understanding about why some cancers do not respond well to immunotherapy and has identified effective new drug combinations to improve responsiveness to immunotherapy.

A Forrest Prospect Fellow at Telethon Kids Institute and The University of Western Australia, Dr Nicole Hill is one of Australia’s leading experts in suicide prevention, working to reduce the number of lives lost to suicide by improving equitable access to services and helping young people and their families who have been bereaved by suicide.

Professor Carapetis congratulated all three finalists, saying each was working at a high level across diverse research areas to make a difference to children’s lives.

“Hayley, Nicole and Rachael, together with their teams, are all deeply committed to improving the health and wellbeing of children and adolescents,” he said.

Each is an incredible ambassador for women in STEM and exemplifies the outstanding level of excellence in research that WA is increasingly known for.