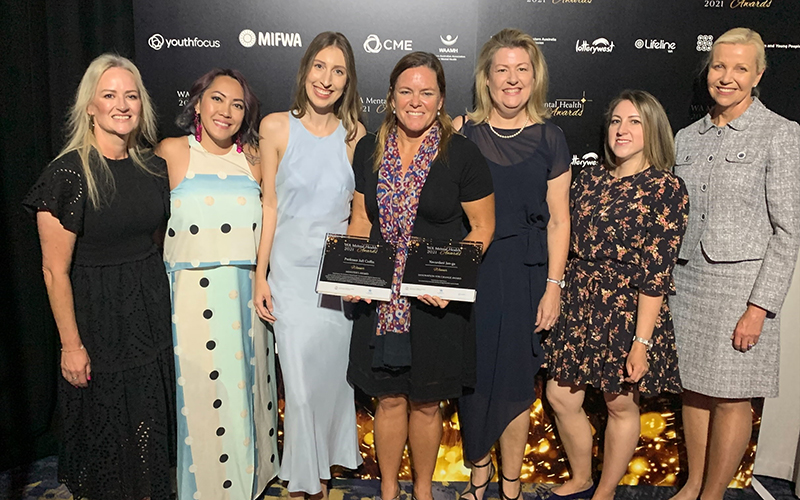 Professor Coffin, who runs Yawardani Jan-ga – an equine-assisted learning (EAL) program adapted to provide trauma- informed, culturally secure, strengths-based support to Aboriginal children and young people – won the Minister’s Award for Outstanding Contribution, which is sponsored by Mental Health Minister Stephen Dawson and recognises someone who has displayed best practice at every level and a true dedication to service throughout 2020.

Based in Broome, with hubs in Derby and Halls Creek, the program is the first of its kind in the Kimberley, Australia and the world and was conceived by Professor Coffin as a way to address shocking rates of suicide among Aboriginal young people in Western Australia. Designed and operated by Aboriginal people, for Aboriginal people, it is backed by community, the Telethon Kids Institute, Mineral Resources Australia, Healthway and the National Health & Medical Research Council. 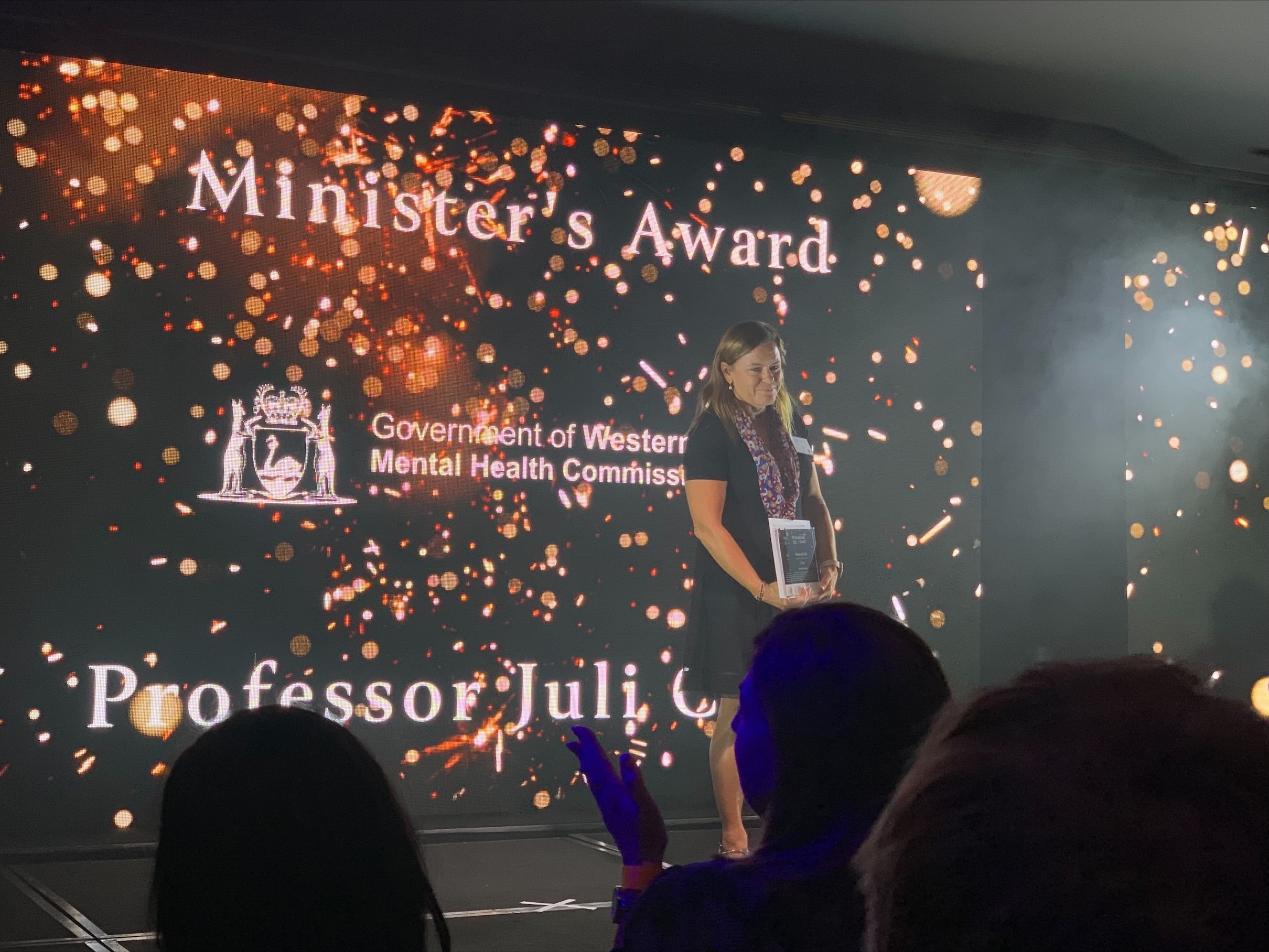 Professor Coffin, who is Ellison Fellow of Aboriginal Health at Telethon Kids Kimberley and Adjunct Professor at The University of Western Australia, said it was gratifying – after all the relentless discussion, persuasion, and hard work that had gone into turning Yawardani Jan-ga into a reality – to have it acknowledged as a valuable and effective approach.

“We’ve been talking for a long time about the need to do things differently,” Professor Coffin said. “It’s timely, just as we’re starting to get fantastic results and really great buy-in and backing from people who see what we are trying to achieve, to have this program that we believe in so strongly recognised this way.

“It’s so pleasing that the whole team has been recognised, as well, because it really is a team approach. They, together with all the referrers, all the young people who have participated, and the partners who have placed their faith in us, are really what lies behind our success.

“Now that we’re starting to see the real impact Yawardani Jan-ga is having on the lives of Aboriginal children and young people, I’m so excited to think about its potential and how much we could achieve if it was extended across Western Australia.”

“Juli’s inspirational and highly innovative approach to the mental health of Aboriginal children and young people – not just through Yawardani Jan-ga but the many other roles and programs she has led over the past two decades – is respected internationally and is motivated by a deep and genuine desire to help her community and make a difference in the lives of others,” Professor Carapetis said.

She is utterly committed to helping to heal the trauma and despair experienced by too many Aboriginal children and young people, but equally to building on their innate strengths, reconnecting them with life, and helping them to reach their own potential as leaders.

“The entire team behind Yawardani Jan-ga is helping to provide the kind of program that simply doesn’t exist anywhere else in the mental health system.”

Professor Carapetis also congratulated parenting app Beacon – a cyber safety educational tool developed by Telethon Kids Institute in partnership with Bankwest – which was a finalist in the Innovation for Change category, and manager of the Friendly Schools program at Telethon Kids Institute, researcher, community leader and advocate Erin Erceg, who was a finalist for the Lifeline WA Prevention or Promotion Award.

Designed to help keep kids safe online, the Beacon app is a personalised, one-stop-shop where parents and carers can find trusted, tailored, reliable information about the online world, while the Friendly Schools initiative works with primary and secondary schools to promote healthy social relationships, improve mental health and wellbeing, and reduce bullying in primary and secondary schools.

“Both Beacon and Friendly Schools – the latter helmed by Erin – are providing fantastic support to parents, schools and children as they seek to address the respective challenges of online behaviour and bullying,” Professor Carapetis said.

“Telethon Kids is proud to have so many talented researchers working to improve the mental health and wellbeing of children and young people, as well as their families. Congratulations to all the finalists and winners.”