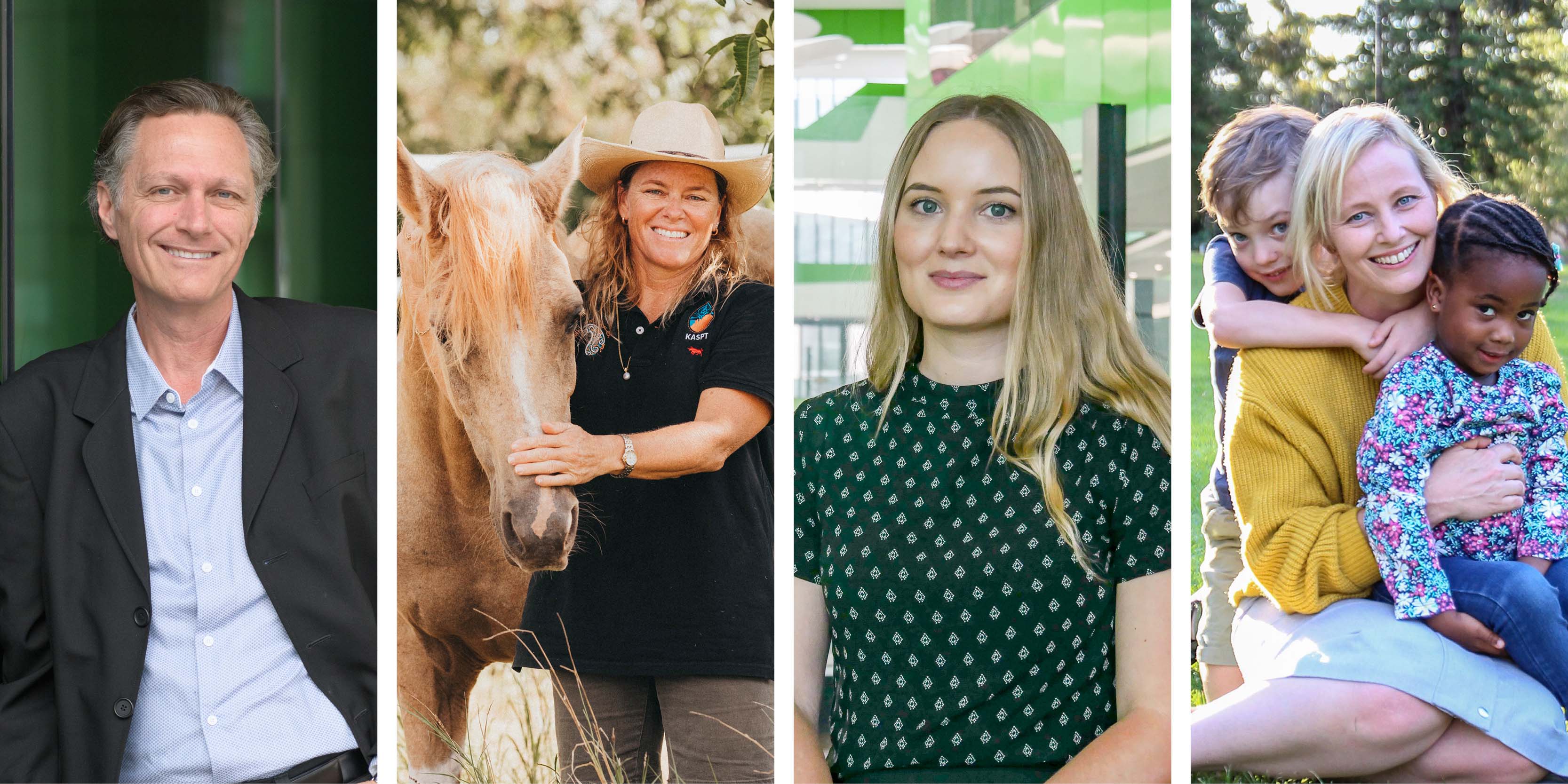 Four outstanding Telethon Kids Institute researchers, including Institute Director, Professor Jonathan Carapetis AM, have been named finalists in the 2021 Western Australian of the Year Awards.

Professor Carapetis is a finalist for the Professions Award in recognition of his role as a world-leading expert on Strep A infections and rheumatic heart disease, his commitment to improving Aboriginal health and building capacity within the Aboriginal research sector, his wider leadership in the medical research sector, and the leadership role he has taken in providing a reassuring voice for the community throughout the COVID-19 pandemic.

Since joining Telethon Kids as Director in 2012, Professor Carapetis has driven transformational change, pioneering a new blueprint for medical research that is community and outcomes-focused, cementing the Institute’s position as one of Australia’s leading institutes. Under his leadership, staff and student numbers have grown to more than 1,000 and Telethon Kids has become a destination for some of the world’s best researchers. Professor Carapetis is a tireless advocate for children and young people, has spearheaded new relationships with WA Indigenous communities to address their priorities, and has been a champion for increased equity and diversity within the research sector.

Professor Juli Coffin – Ellison Fellow of Aboriginal Health at Telethon Kids Kimberley and a proud Aboriginal woman from the Pilbara – is a finalist for the Aboriginal Award in recognition of her outstanding and creative leadership in enhancing the lives of Aboriginal children and young people. Professor Coffin, who as a former elite water polo player was the first Aboriginal player to represent Australia nationally, currently leads Yawardani Jan-ga, an innovative research project and Equine Assisted Learning (EAL) program based in the Kimberley (currently in Broome and Derby, and developing in other parts of the region). The program pairs Aboriginal young people with horses as a way of enhancing social and emotional wellbeing, healing trauma, and building leadership skills.

Deeply committed to cultural security, Professor Coffin has spent three decades combining her diverse talents as a researcher, educator, horsewoman, and sportswoman to tackle some of Australia’s most complex challenges, including reducing harm from bullying among Aboriginal schoolchildren, ‘interrupting the supply’ of Aboriginal young people to the youth justice system, and stemming the youth suicide rate in the Kimberley region.

Dr Shannon Simpson, who is Head of Children’s Lung Health at the Wal-yan Respiratory Research Centre - a powerhouse partnership between Telethon Kids Institute, Perth Children’s Hospital Foundation and Perth Children’s Hospital - is a finalist for the Community Award. This is in recognition of her internationally respected work in the area of preterm lung health and her passionate commitment to giving back to community in a variety of volunteer roles. Dr Simpson, a two-time cancer survivor, mentor to young cancer survivors, and martial arts expert, has built a 20-strong research team devoted to improving lung health outcomes for preterm babies. More than 15 million babies are born preterm annually, with many facing lifelong consequences from devastating stays in intensive care. Previously it was thought these babies would catch up as they grew – Dr Simpson was the first to show that, rather, they can experience declining lung function through childhood and therefore need ongoing follow-up and support. Her work has laid the groundwork for better therapies, clinical practice and follow-up that has had a huge international impact on how these cases are managed.

Dr Hayley Passmore, a talented child health researcher, is a finalist for the Youth Award for her work in helping to improve outcomes for some of WA’s most vulnerable young people – those involved in the justice system and who have neurodevelopmental impairment such as Fetal Alcohol Spectrum Disorder (FASD). As part of Australia’s first study to determine FASD prevalence among young people in the justice system, Hayley pioneered Reframe, a workforce training intervention to help justice staff better manage and support young people with neurodisability. This well-received training program was developed, delivered and evaluated by Hayley in consultation with Banksia Hill Detention Centre staff. Having now been delivered to more than 300 justice staff, it has been shown to change the way frontline justice staff recognise and respond to the needs of young people in detention and is in demand from other WA government departments and justice departments in several other states.

The winners of these and three other categories will be announced on Friday, 4 June, at Celebrate WA’s gala dinner. Read more about the awards and other finalists here.