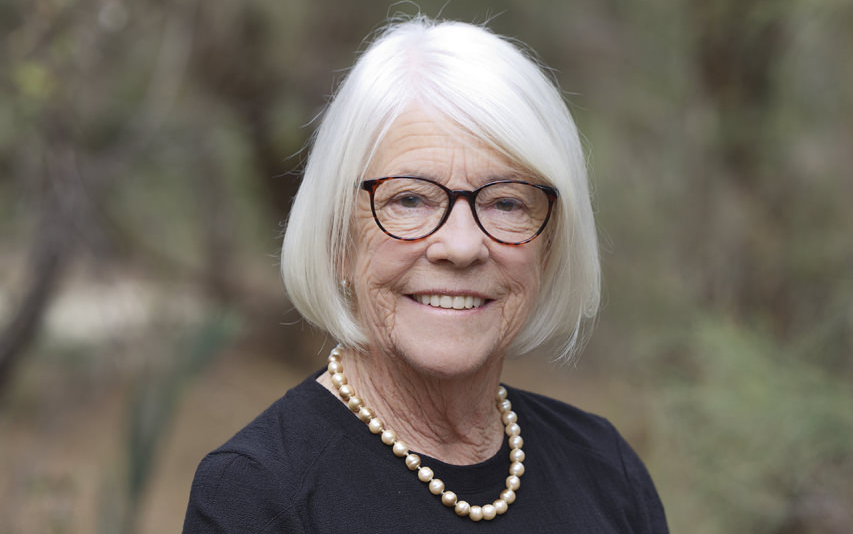 Pioneering health consumer advocate Anne McKenzie AM has been awarded the National Health and Medical Research Council’s prestigious Consumer Engagement Award in recognition of an almost 30-year career during which she has helped thousands of Australian clinicians and researchers understand the value of listening to consumers.

Once upon a time they helped her feel ‘smart’ when she, a suburban mum without tertiary qualifications, was getting ready to stand in front of an audience of experienced clinicians and health researchers to try to convince them why they needed to listen to consumers – ordinary mums and dads like her – before they made decisions that would affect people’s lives.

These days, researchers line up to hear her talk. Since 2009 Ms McKenzie – no longer just ‘Anne from Morley’ but a nationally and internationally respected consumer advocate – has trained more than 3,000 researchers across Australia on best-practice consumer involvement in medical research.

Similarly, she’s given thousands of everyday mums, dads and young people the confidence to speak up about their own experiences – whether with children who are sick or have a disability, with family and domestic violence, or mental health journeys – and helped them become valued advisors to researchers.

Now, in recognition of three decades spent educating researchers and clinicians and striving to give health consumers a seat at decision-making tables, the National Health and Medical Research Council (NHMRC) has honoured Ms McKenzie with its prestigious Consumer Engagement Award.

Given only every two years, the award – conferred at a special ceremony in Canberra last night – recognises Ms McKenzie’s long-term contribution, individual commitment and support of consumers and community views in health and medical research.

Ms McKenzie has been a passionate consumer advocate since the mid-1990s when, fired by her own experiences as a parent of a child with a disability, she established the Parent Advocate role at Perth’s Princess Margaret Hospital and became involved with the WA Health Consumers Council.

Ms McKenzie has also been a member of key national and state committees, established a 2,300 strong network of consumer advocates across Australia, and has worked with Telethon Kids researchers to establish a series of consumer reference groups featuring around 400 community members whose advice is regularly called upon by researchers.

In January 2015, she was appointed a Member of the Order of Australia for significant service to community health through consumer advocacy roles and strategic policy research and development.

In 2020 – as Manager, Consumer Engagement at Telethon Kids – Ms McKenzie launched Telethon Kids CONNECT, a program to recognise and reward community members’ contributions to research. In

Ms McKenzie said she was humbled by the NHMRC honour and grateful for the support she had received from others along the way – especially founding Telethon Kids Institute Director, Professor Fiona Stanley, Emeritus Professor D’Arcy Holman from the School of Population and Global Health at The University of Western Australia, and current Telethon Kids Institute Director, Professor Jonathan Carapetis.

“These three senior champions helped me do things I didn’t know I could possibly do, because I thought I was ‘just’ a consumer advocate,” Ms McKenzie said.

“I don’t use that word ‘just’ anymore because thanks to that support I’ve learned what I’m capable of – giving presentations nationally and internationally, writing papers, developing and running all these training workshops, turning the lights on for so many researchers across Australia, and giving so many consumers a voice.

“But that’s even though I don’t need to wear the pearls anymore, I sometimes still do – to remind myself of how far I’ve come.”

Ms McKenzie said the achievements she was most proud of were developing and delivering high quality consumer involvement training to so many researchers and consumers – including training 11 trainers who will be able to continue delivering this work; rapidly pulling together a consumer network to advise researchers across the country on COVID-19 related research as the pandemic unfolded last year; and working closely with women who had experienced family and domestic violence to set research priorities. During this last project, she helped shift language about those affected by domestic violence away from describing them as ‘victims’ – a term the women universally hated.

Ms McKenzie said that after years of having to persuade sometimes reluctant researchers and organisations about the value of consumer involvement, momentum had shifted.

“We’ve gone from almost having to bang on doors and tables to much more effective and meaningful consumer engagement,” she said.

“More and more hospitals have got advisory councils or committees and there are consumers in health departments. I think now it’s about really working together to make sure it’s effective and meaningful – not just listening, but acting on what you hear.”

“Through her tireless efforts Anne has effectively helped to ‘write the rule book’ for consumer involvement in research in Australia,” Professor Carapetis said.

“She is a highly sought-after advisor around the world, particularly in the United Kingdom. Closer to home she has helped transform the Telethon Kids’ Institute’s approach to consumer involvement, which is now embedded in all of our research. Actively seeking the input of consumers is now second nature to researchers across the Institute, and that is all thanks to Anne.

“We couldn’t be more pleased that her pioneering role has been recognised in this way.”