Endgame for deadly heart disease will save hundreds of lives 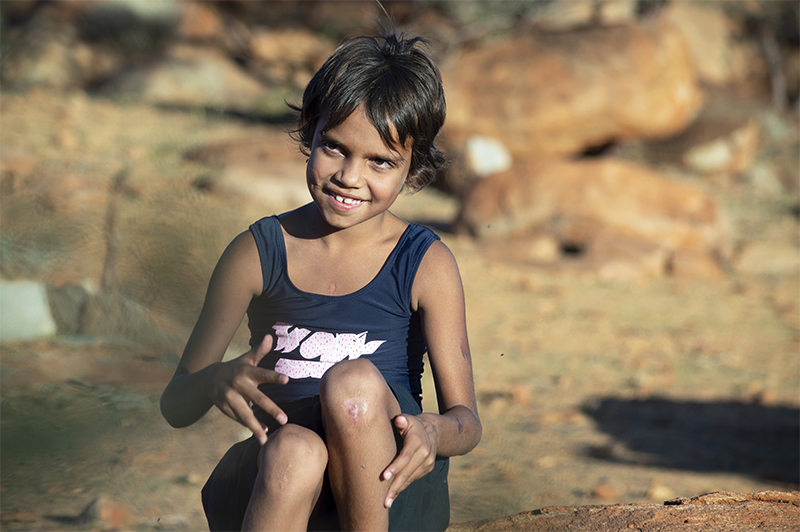 A deadly yet entirely preventable heart disease taking the lives of Aboriginal and Torres Strait Islander people is finally on the verge of elimination thanks to new research released today.

The RHD Endgame Strategy: the blueprint to eliminate rheumatic heart disease in Australia by 2031, has been five years in the making and pairs research by leading infectious diseases specialists with the knowledge and experience of Aboriginal and Torres Strait Islander leaders across the country.

Produced by the End Rheumatic Heart Disease Centre of Research Excellence (END RHD CRE), based at Perth’s Telethon Kids Institute, with the backing of 25 leading health and research organisations – including the National Aboriginal Community Controlled Health Organisation (NACCHO) – the report clearly sets out the steps needed to eliminate the disease.

World-leading RHD expert and senior author of the Endgame Strategy, Telethon Kids Director Professor Jonathan Carapetis AM, said the Strategy’s release marked the first time a comprehensive evidence base had been developed showing how this could be done.

“With the release of this Endgame Strategy we now have the blueprint outlining exactly what needs to happen to both prevent new cases and improve the quality of life for those already living with the disease,” Professor Carapetis said.

“RHD is rare among non-Indigenous people, yet Aboriginal and Torres Strait Islander people have some of the highest rates of the disease in the world. This is a disease that is usually only seen in developing countries and its persistence in Australia is an ongoing injustice.

“We know, without any shadow of a doubt, that by implementing the Endgame Strategy, we can prevent the next generation of Aboriginal and Torres Strait Islander children and their families from bearing the physical and emotional scars of rheumatic heart disease.

“We can also have an impact on other diseases with similar risk factors, such as otitis media, trachoma and renal disease.”

The Endgame Strategy proposes a series of initiatives which take into account the individual context and needs of remote communities and ensure Aboriginal and Torres Strait Islander leadership is guaranteed.

To set the foundations needed to make ending RHD achievable within the next decade, the Strategy outlines five key priorities for immediate attention. These are:

“Our people are telling us that they want to use research evidence to help choose community-driven solutions to tackle RHD,” Ms Turner said.

“Kids are coming off country for months at a time for surgery, people are dying before their time. We’ve got the community demand, Aboriginal and Torres Strait Islander leadership – and with the Endgame Strategy, a culturally appropriate and meaningful plan.

“What we need now is funding and commitment to actually do the work on the ground to make ending this disease possible.

“It really is unconscionable to let the next generation of our children develop this disease – to be subjected to heart surgery, a needle every month, and have their life expectancy limited by decades – when we know how to stop this.”

Professor Carapetis agreed, highlighting that without a catalytic investment, the Commonwealth Government was unlikely to meet its commitment to eliminate the disease by 2031.

“The Commonwealth Government has been open about their commitment to eliminating RHD within the next decade, so we hope that with the release of the Endgame, we now have the final piece of the puzzle needed to make this shared vision a reality,” Professor Carapetis said.

The Endgame will be launched by The Hon. Greg Hunt, MP, Minister for Health, alongside Professor Jonathan Carapetis AM, senior author of the Strategy and Ms Pat Turner AM, CEO of the National Aboriginal Community Controlled Health Organisation by webinar at 9am AEST, Thursday 24th September. For more details, click here.