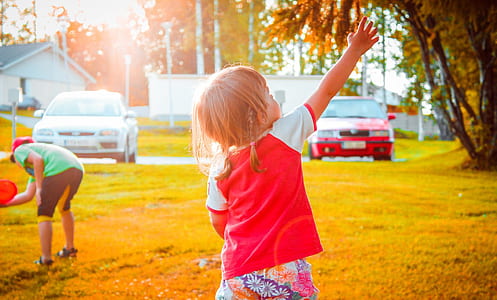 Research data from more than one million Australian and Welsh children will be examined to help better understand how the built environment affects child health and obesity, as part of an international research project to be co-led by the Telethon Kids Institute.

The BEACHES project, a three-year joint initiative between universities in Australia and Wales in the United Kingdom, will examine how places and spaces created or modified by people – such as buildings, parks and transport systems – influence physical activity and childhood obesity.

Co-led by Telethon Kids’ Associate Professor Hayley Christian, the researchers will analyse data collected from more than a million children in Australia and the Wales, including that of children involved in Perth’s own ORIGINS and PLAYCE cohort studies.

As well as looking at the impacts of the built environment on population health, the researchers will look for any differences between the two countries, and examine how challenges can be overcome to create more family-friendly environments for healthy living.

“Childhood obesity and physical inactivity are two of the most significant risk factors for the prevention of non-communicable diseases, yet a third of Australian and Welsh children are overweight or obese, and only 20% of Australian and UK children are sufficiently active,” Associate Professor Christian said.

“In collaboration with our UK partners, we will be able to compare aspects of different Welsh and Australian built environments and the impact they have on children’s physical activity, sedentary time, diet and obesity.”

Associate Professor Christian said BEACHES was unique in its focus on children and early prevention.

“The findings will inform planning and practice strategies to prevent the rise in childhood obesity via liveable, family-friendly built environments that promote healthy beginnings,” she said.

The collaboration brings together experts from Australian institutions – including Telethon Kids, The University of Western Australia, Curtin University, Queensland University of Technology and Monash University – with those from Population Data Science and the College of Engineering at Swansea University in the UK.

The project will provide evidence-based research findings that will enable policymakers at international, national, regional and local levels to develop prevention programs and modify the built environment to reduce childhood obesity and non-communicable diseases.

Australian and UK researchers will build and link longitudinal Geographic Information Systems models of the built environment with cohort data and routinely collected electronic health records for children in the UK and Australia.

Professor Gareth Stratton, who is leading the UK portion of the study, said BEACHES was a novel and exciting project.

“It brings together an array of team scientists to use the research strengths in Swansea and Western Australia to develop a deeper understanding of one of the most challenging health issues of our time: The interaction of the built environment on healthy weight and healthy behaviours in the management of childhood obesity,” Professor Stratton said.