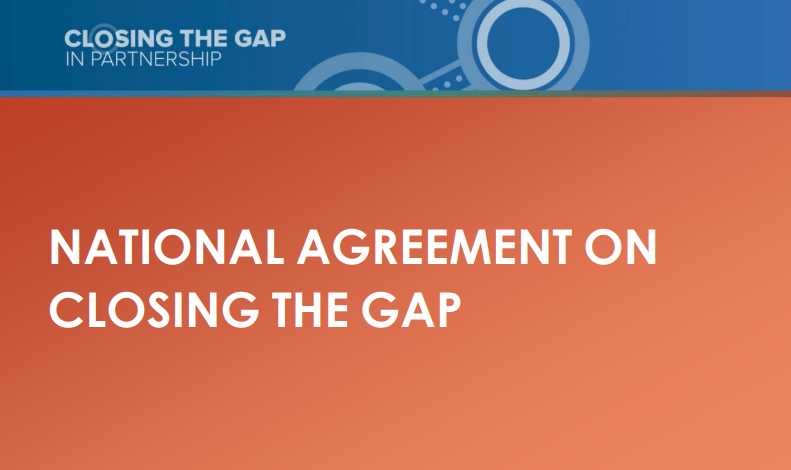 The Telethon Kids Institute has welcomed the announcement of a new National Agreement on Closing the Gap, complete with a set of new Closing the Gap targets developed in conjunction with Aboriginal and Torres Strait Islander peoples.

Glenn Pearson, Deputy Director, Aboriginal Health, Mental Health & Youth at the Institute, said the fact that the new targets – now 16 instead of the original seven – were developed with an emphasis on co-design and community-led decision making and control was significant.

“As a nation attempting to grapple with the extensive gaps in health and other outcomes between Aboriginal and non-Aboriginal Australians, more than ever before it is vitally important to ensure that Aboriginal people not only have a seat at the table, but that they are actively listened to and play a key role in designing and controlling strategies and making decisions that concern them,” Mr Pearson said.

“The Coalition of Peaks has done a remarkable job in shifting the discussion around Closing the Gap to issues of self-determination and genuine trust and partnership, and there is real hope that this could represent a turning point in the lives of Aboriginal and Torres Strait Islander peoples.”

Institute Director, Professor Jonathan Carapetis, said many of the new targets reflected areas in which the Institute was already working closely with Aboriginal communities and organisations to address.

“We have worked hard to build partnerships with Aboriginal leaders and communities, to listen to what is needed to ensure healthy and strong children and communities, and to empower communities to lead in the areas of research and implementation of health strategies,” Professor Carapetis said.

“Our own research has shown the difference it makes when there is community control over outcomes.  Having a major commitment to the community-controlled sector is a critical element in this new approach.

“I would particularly like to recognise the leadership of the Coalition of Peaks, and its Chair Pat Turner, CEO of the National Aboriginal Community Controlled Health Organisation.  Pat and the Coalition have worked alongside Government to carve out a new direction for Closing the Gap, which will hopefully see real change for First Nations people.

“We at Telethon Kids Institute remain committed to working with communities to ensure there are strong research partnerships, and to continue to build capacity within communities.

“Aboriginal people know what needs to be done to achieve change –the rest of us need to properly listen and support them in their endeavours.”

Mr Pearson said the new emphasis on aspects of culture and language was heartening.

“We are particularly pleased to see targets devoted to ensuring that cultures and languages are strong, and that our people maintain distinctive relationships with land and waters,” he said.

“The need to emphasise the importance of culture, language, and sense of self cannot be under-estimated, and in many ways these are the most important targets of all, because once we take care of these things, all of the other goals will be so much easier to achieve.”