The power of pooches: pre-schoolers benefit from having a family dog

The benefits of owning a dog start even earlier than previously thought, with new research from the Telethon Kids Institute showing the physical and emotional health of pre-schoolers may be boosted by having a family dog that they regularly walk and play with.

Associate Professor Hayley Christian and her team have previously identified that family pets may protect school-aged children – especially those with no siblings – from developing social-emotional problems.

Their latest study, published in Pediatric Research, found children aged 2–5 years who came from dog-owning households – and regularly went on family dog walks or actively played with their dogs – had a reduced likelihood of conduct and peer problems, as well as increased pro-social behaviours such as sharing and cooperating, compared to children without a dog.

The more young children walked or played with their family dog, the more these pro-social behaviours were evident.

“Our previous research showed that pets can be particularly helpful for school-aged children, but this latest research shows the benefits begin even sooner – right from early childhood. 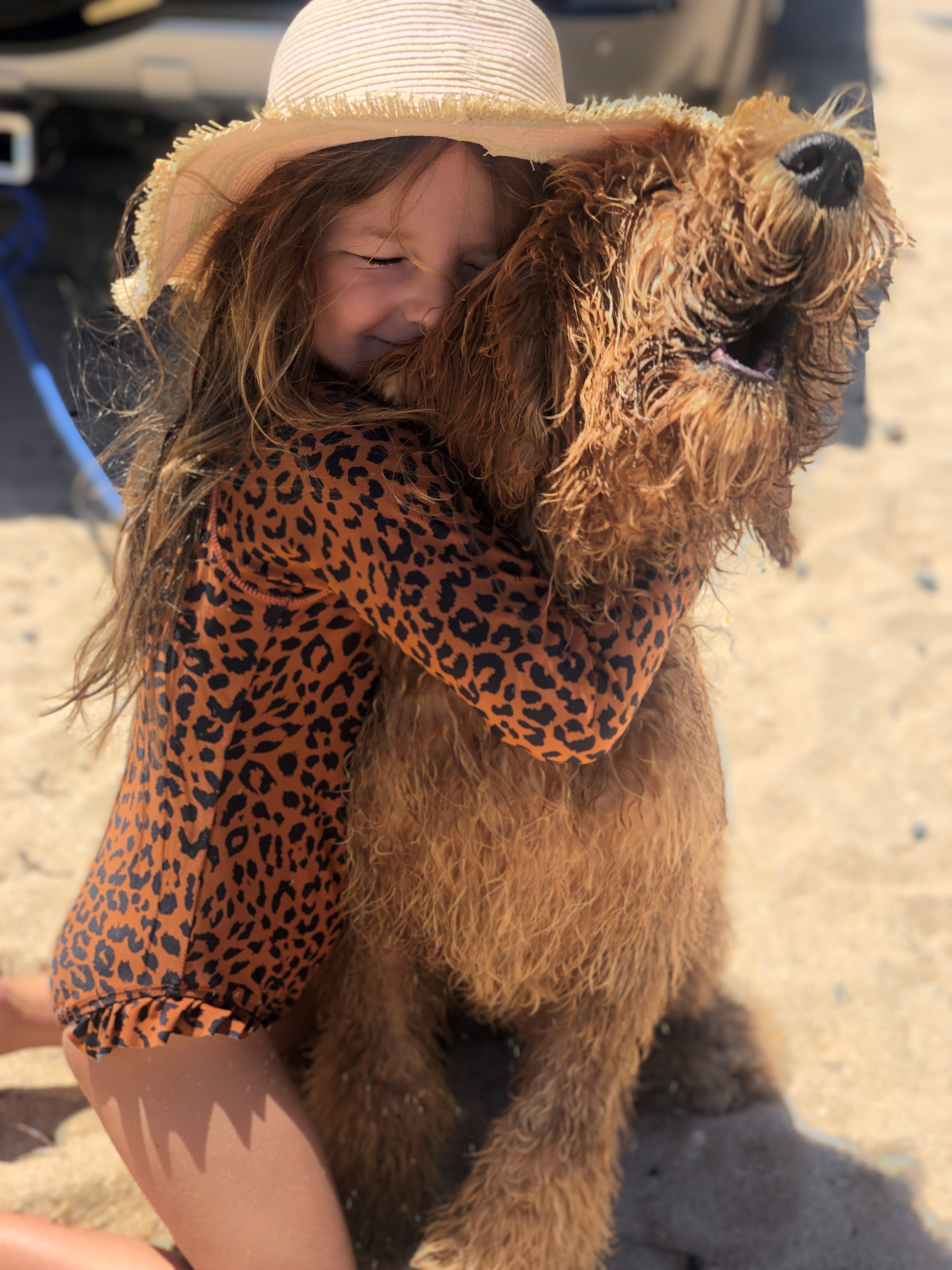 “These beneficial impacts had a lot to do with how often children played with or walked their family dog – young children who engaged in these activities, positively interacting with their dog, had better pro-social behaviours.

The researchers surveyed 1,646 parents to determine whether families with pre-schoolers owned a dog, and how often the child went on family dog walks or actively played with their dog. Parents also completed the Strengths and Difficulties questionnaire, used to measure children’s social-emotional development.

Children from dog-owning households were 30–40 per cent less likely to have conduct or peer problems, had 23 per cent fewer total difficulties, and were 34 per cent more likely to have pro-social behaviours than children without a dog.

Within dog-owning households, family dog walking at least once per week and active play with the family dog three or more times per week increased the likelihood of pre-schoolers’ pro-social behaviour by up to 74 per cent, and reduced their total difficulties by 36 per cent.

Associate Professor Christian said the strength of the results had been unexpected.

“While we expected that dog ownership would provide some benefits for young children’s wellbeing, we were surprised that the mere presence of a family dog was associated with many positive behaviours and emotions.”

She said that while establishing the exact mechanism by which dog ownership may benefit social and emotional benefit in young children required more research, the team speculated that this could be attributed to the attachment between children and their dogs.

“Stronger attachments between children and their pets may be reflected in the amount of time spent playing and walking together, and this may promote social and emotional development,”

The findings add weight to the value of pet ownership in helping to combat physical inactivity and increasing sedentary behaviours in childhood – major public health issues that require effective and targeted family- and child-friendly strategies.

“We see these trends in many western countries, whether it’s Australia, Finland, the US, UK, Canada and New Zealand.

“Given how important physical activity is to a child’s health and social and emotional development, we really need to make the most of any opportunity to get kids moving. Our research suggests family dog ownership could be a valuable strategy in achieving this.”

The findings emerged from the Play Spaces and Environments for Children’s Physical Activity (PLAYCE) project, a three-year Healthway-funded study (2015–2018) which investigated early childhood education and care, home, and neighbourhood influences on pre-schoolers’ physical activity. The sub-study on pre-schoolers and family dogs was funded by the Human-Animal Bond Research Institute (HABRI).

Steven Feldman, Executive Director of (HABRI), said publication of the study recognised the positive role of the human-animal bond.

“These findings demonstrate how important pets are in our lives, especially for children,” Mr Feldman said. “HABRI is proud to support this important research, which will encourage more families to consider the benefits of dog ownership and more dog-owning families to spend quality time with their beloved pets.”

The team’s ongoing research now includes the PLAYCE PAWS Project, which is trialling – with families with children aged 5–8 years – ways to encourage more physical activity through playing and walking with the family dog.

The paper, The relationship between dog ownership, dog play, family dog walking and pre-schooler social-emotional development: Findings from the PLAYCE observational study, can be read here.