A vaccine to prevent rheumatic heart disease (RHD) and other life-threatening conditions caused by the common Strep A bacteria is a step closer thanks to funding announced by Minister for Indigenous Health, Hon Ken Wyatt AM, MP, in Perth today.

The Telethon Kids Institute will receive $35 million over three years to lead a national consortium to accelerate one of four existing Strep A vaccine candidates into a clinical trial, working with researchers around Australia and the world.

Strep A bacteria causes ‘strep throat’ and skin sores which, when left untreated, can lead to fatal and debilitating conditions including RHD, invasive Strep A diseases such as flesh-eating disease, and toxic shock syndrome.

Globally, Strep A is responsible for more than half a million deaths a year – more than influenza, typhoid or whooping cough.

World-leading infectious diseases specialist and Telethon Kids Institute Director, Professor Jonathan Carapetis AM, said a Strep A vaccine has the potential to save millions of lives around the world, and significantly help close the gap in Indigenous health in Australia.

“Our goal is to prevent the Strep A infections occurring in the first place – before they can cause serious and life-threatening complications – and a vaccine is critical to this work.

“I have no doubt that we’ll look back on this moment and see that it was the tipping point for eliminating Strep A related diseases not only in Australia, but around the world.” 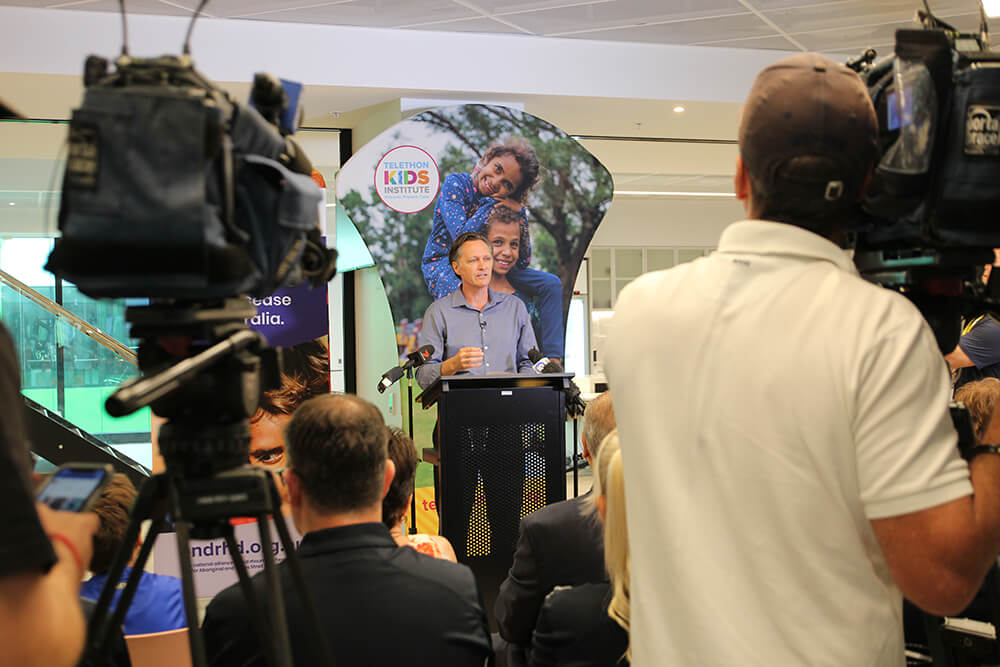 Professor Carapetis said that when it comes to Strep A research and public health implementation, Australia was seen as a global leader.

“A Strep A vaccine is something that researchers here in Australia and around the world have been working on for decades,” he said.

“With this level of investment from the Federal Government, we now have the resources to accelerate this work, and make an effective and widely used Strep A vaccine a reality in the foreseeable future.”

Also in attendance at the announcement was Ms Pat Turner AM, CEO of the National Aboriginal Community Controlled Health Organisation (NACCHO), and Co-Chair of END RHD – an alliance of health, research and community organisations advocating for community-led, research-backed solutions to end RHD in Australia, of which Telethon Kids is a founding member. 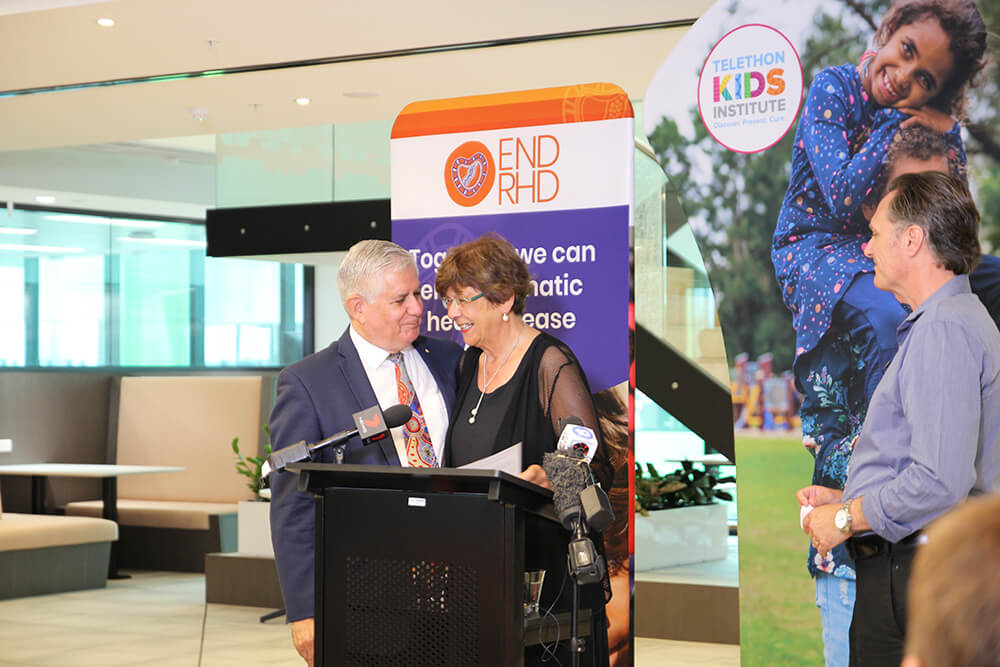 Ms Turner welcomed the announcement, saying investment in a vaccine to tackle RHD was something END RHD had been calling for as part of a range of funding priorities needed to end the disease in Australia.

“We know that here in Australia, 400,000 Aboriginal and Torres Strait Islander people are at risk of developing rheumatic heart disease as a result of recurrent Strep A infections which start in childhood,” Ms Turner said.

“There is no cure for RHD, and on average, Aboriginal people with RHD in the Kimberley die at just 41 years of age. This is a preventable injustice.

“It’s wonderful that Commonwealth Government research funds have been directed to address this leading cause of inequality for young Aboriginal and Torres Strait Islander people in Australia.”

Speaking on behalf of END RHD – of which Professor Carapetis is also co-chair – Ms Turner highlighted that the vaccine was only one part of a comprehensive approach needed to end RHD and truly close the gap in Indigenous health outcomes.

“We must not neglect the need for urgent action in communities to address the social and environmental risk factors of Strep A, such as overcrowding, and lack of access to adequate health and hygiene infrastructure,” she said. Leading Strep A researcher Professor Andrew Steer, from Melbourne’s Murdoch Children’s Research Institute, will play a key role in the collaboration and spoke about the incredible opportunity the new funding would bring.

“We have global interest, as well as a highly collaborative network of researchers in Australia with all the necessary skills,” Professor Steer said.

“All we needed was the catalytic funding to make it happen. This is visionary funding that will change lives.”

There are currently 4,539 people living with rheumatic heart disease or its precursor, acute rheumatic fever, in Australia. A recent report released by the END RHD Centre for Research Excellence (END RHD CRE) found that without urgent action, that number will triple to nearly 15,000 people by 2031, at a cost to the health care system of $317 million. Read more.