Discovery Centre offers Tilly chance to be researcher for a day 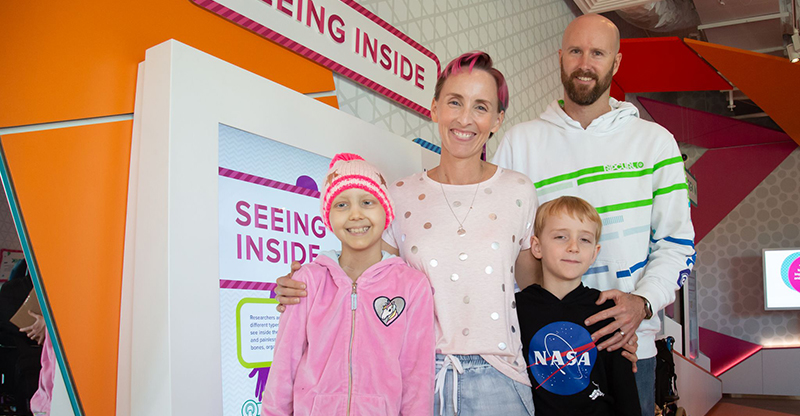 Getting the chance to play researcher for the day was a welcome change for Tilly Bignell, who has been in and out of hospital since being diagnosed with brain cancer in late 2018.

The nine-year-old, who is from Queensland, was on a family road trip around the country when her parents Bronwyn and Dean first noticed something was wrong.

Their daughter, who was usually healthy and energetic, suddenly began experiencing occasional headaches, vomited twice in two weeks and had some balance issues.

After a visit to a Northampton GP and an MRI scan in Geraldton, Tilly was flown to PCH for immediate treatment.

She underwent a gruelling eight-hour surgery to remove her brain tumour - a medulloblastoma – followed by four rounds of chemotherapy and radiation.

“She’s such a tough cookie. Her resilience has been amazing,” Bronwyn said.

“(The diagnosis was) a shock to the system. We take it all in our stride. She’s been absolutely fantastic – she just puts one foot in front of the other, keeps a smile on her face and just gets the job done.”

Impressed with the staff and facilities at the hospital, the Bignells decided to stall their round-the-country trip and stay with family in Rockingham so Tilly could complete her treatment in Perth. 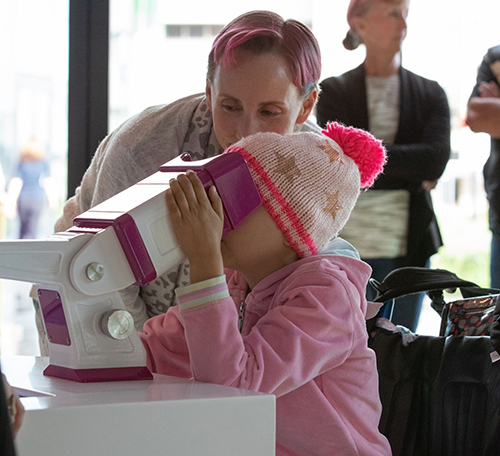 While at PCH, Tilly became involved in research at the Telethon Kids Cancer Centre, donating samples from her tumour which are helping researchers investigate safer treatments for childhood brain cancer that have fewer long-term side effects.

And after being a research participant, the roles were recently reversed for Tilly when she had the chance to play the part of researcher at the Telethon Kids Institute’s Discovery Centre. The Centre, based on the ground floor of PCH, offered Tilly and her brother Byron, 7, the chance to put their research skills to the test through games.

Tilly said her favourite game was the scanning machine, where players can choose to view the human body through an x-ray machine, MRI or ultrasound. Having had many scans herself throughout her treatment, Tilly enjoyed looking at the bones and arteries in the game.

“I think it’s a really cool place for kids to go,” Tilly said.
“I like looking at the germs (through the microscope).”

Now that chemo is over Mrs Bignell said it was good to see Tilly feeling better and looked forward to returning home to Queensland so her daughter could get back to school and her friends.

“I might be a scientist one day,” Tilly said.