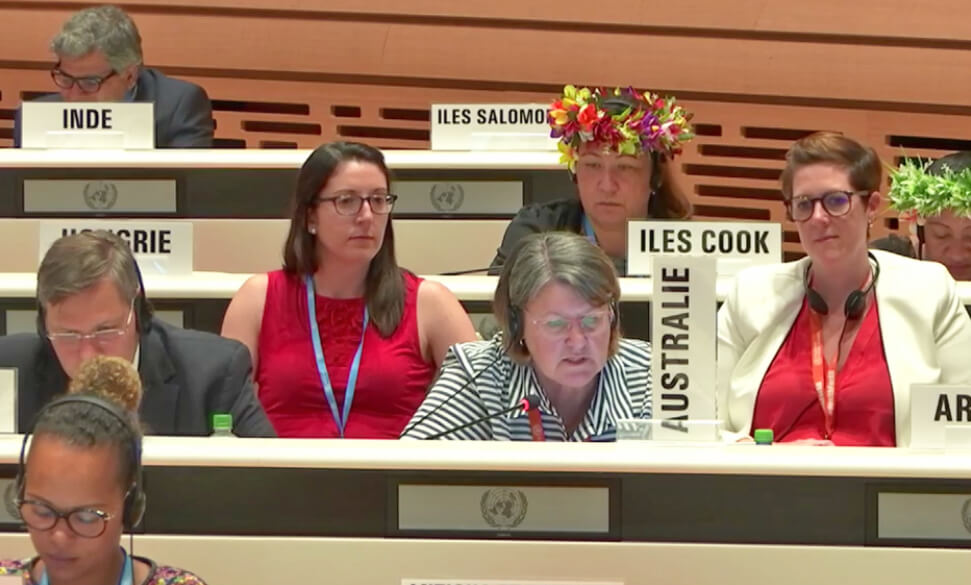 The World Health Organisation resolution for global action to tackle rheumatic heart disease (RHD) will have significant implications for Australia, which has some of the highest rates of the disease in the world.

Telethon Kids Institute is a founding partner of END RHD, a national alliance against the disease and home to the END RHD Centre of Research Excellence.

Institute Director Professor Jonathan Carapetis said the resolution, passed Friday 25th May, will give RHD the attention required to eliminate what is mostly a preventable disease.

Rheumatic fever is caused by an abnormal immune reaction to Strep A infection of the skin and throat and, when left untreated, can lead to rheumatic heart disease – in turn causing disability and premature death. It affects 30 million people worldwide.

“This disease disproportionately affects some of the most vulnerable communities around the world, including Aboriginal and Torres Strait Islander communities in Australia,” Professor Carapetis said.

“It’s the most common acquired cardiovascular disease in children and young adults in low resource settings.

“More than any other condition, RHD is emblematic of the health gap between Indigenous and non-Indigenous Australians.”

The resolution was passed at the 71st World Health Assembly in Geneva, attended by delegates from 194 WHO Member States. The commitment aims to consolidate efforts worldwide towards the prevention, control and elimination of RHD.

“This resolution puts RHD front and centre on the global agenda, meaning governments will be compelled to act,” Professor Carapetis said.

“Countries with a high burden of the disease will be required to prioritise the implementation of strategies aimed at prevention and treatment, with countries with a low burden providing support and funding.”

Professor Carapetis said the passing of the resolution on the global stage reflected growing momentum to end RHD in Australia, and followed a February roundtable convened by Indigenous Health Minister Ken Wyatt with END RHD representatives, that resulted in a commitment to develop a roadmap to end the disease in Australia.

Professor Carapetis applauded the Australian Government for playing a leading role in drafting the resolution.

“We look forward to working closely with all relevant ministers and departments on the implementation of a comprehensive, research-backed strategy to end the disease in Australia.

“With more than 30 years of research behind us, combined with Indigenous leadership and growing political will at home and internationally, we’ve never been in a stronger position to make ending RHD a reality in Australia.”