Research enriching the lives of girls with Rett syndrome 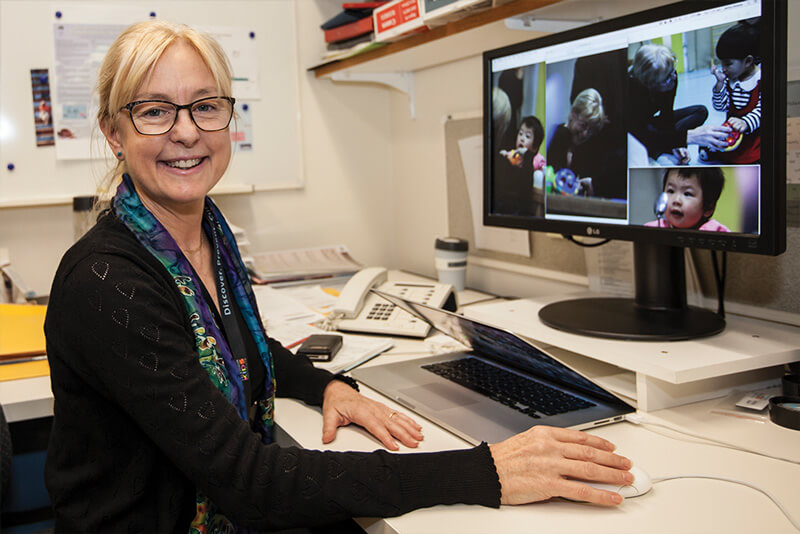 A program developed by Telethon Kids Institute researcher Dr Jenny Downs has led to dramatic improvements in the functioning of Chinese children with Rett syndrome, and could change the world.

Jenny Downs is understandably excited to share the findings of her study into improving the capabilities of children with Rett syndrome through her enriched exercise program.

Her team’s work has sparked a new way of thinking about how to structure a day in the life of a child with the condition, and should change how the syndrome is managed around the world.

Rett syndrome is a genetic disorder which has serious consequences for the development of motor functioning and cognitive skills.

A diagnosis comes as a major shock to parents of girls who are affected – children who were born without any signs of the condition but then lose developmental skills over time.

The syndrome is rare – on average only one girl born in Western Australia each year will be diagnosed.

Dr Downs, co-head of Child Disability at the Institute, said while much was now known about the condition first described 50 years ago, until recently not much had been known about how to help.

A grant from the International Rett Syndrome Foundation allowed her to work with 12 girls to test the effects of an enriched environment for building gross motor skills.

“I hope what I have done will have important implications for daily management of affected children,” Dr Downs said.

“We looked at children who were young because we wanted to take advantage of neuroplasticity – a concept which means our brains are more responsive to learning opportunities when we are younger – and so we did an intensive intervention to build their skills then.”

The average age of the children involved in the study was three years.

Sensory stimulation provided for the girls

“We provided a program of activities and exercise within an environment that was enriched with social activity, choice-making, lots of sensory stimulation, lots of practice, and giving the girls time to achieve each task,” Dr Downs said.

She said the kindy-like setting was fun, with the children starting and ending each session with a song. Mothers enjoyed bringing their daughters and realised there was hope for them to learn and improve their abilities. 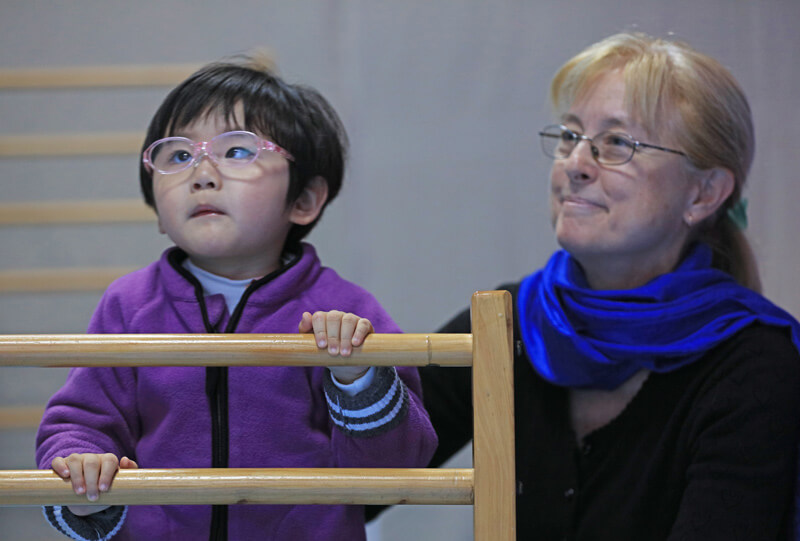 “With approximately two hours a day of enriched activity, the girls learned skills. It was heartening to see some dramatic changes in the girls. One child went from not being able to sit up, to being able to sit on her own and then even walk with assistance. On average, each girl gained eight points using a 45-point gross motor skills scale. And there were also biological changes.”

Girls with Rett syndrome have reduced production of Brain Derived Neurotrophic Factor (BNDF), a protein required for normal neuronal development and brain function. It serves to facilitate synapses between cells in the brain.

The researchers measured BDNF in the blood at points throughout the study. Prior to participating in the study, BDNF levels were low compared to the general population. But six months into the program, BDNF levels had doubled or tripled.

Dr Downs said the change was similar to what happens to mice with Rett syndrome, which develop better coordination through practice and exhibit biological responses of increased BDNF if given an enriched environment.

“Often you have findings in animal studies and it isn’t replicated in human studies,” Dr Downs said.

“But we demonstrated biological responses to exercise as well as the development of new functional skills. We couldn’t believe that the results were so positive.”

Dr Downs chose to recruit from the InterRett database and conduct the study in China, because the very large population meant there would be enough participants and costs were not prohibitive. But conducting a project across international borders presented some difficulties her team fought hard to overcome.

“It took a lot of determination and relationship building,” she said. “The team in China, however, joined in with so much energy, we tackled challenges and the study ran extremely well.”

She said she hoped the findings would improve life for families around the world with daughters who had been diagnosed with Rett syndrome, and boost the quality of life of those with the condition.