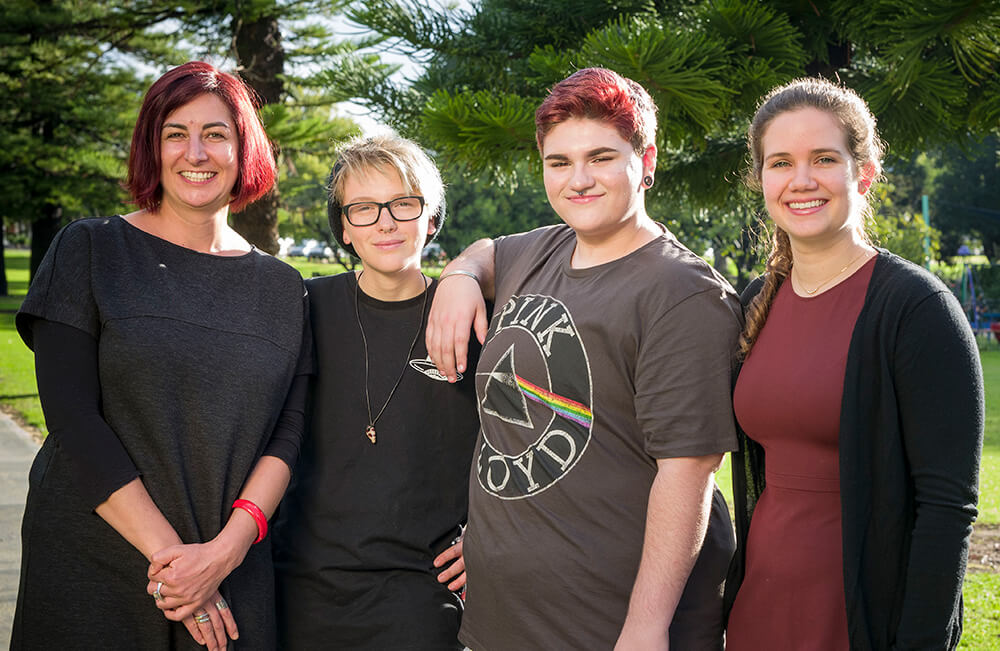 A ground-breaking survey by Telethon Kids researchers has become the new reference point to guide policy change and educate health providers to better support trans and gender-diverse youth in Australia.

The survey found that trans young people – young people who identify as a gender that does not match the sex assigned to them at birth – are at high risk for suicide and are approximately 10 times more likely than other young Australians to experience serious depression and anxiety.

Senior researcher Dr Ashleigh Lin said the survey had created a critical evidence base that had not previously existed.

“We could see there was a strong need for evidence to get the attention and funding that trans young people desperately need and deserve,” Dr Lin said.

Researchers surveyed 859 trans young people aged 14-25 years, along with 194 parents and guardians of trans young people, and found almost half the youth surveyed had attempted suicide. Eighty per cent had self-harmed at some point.

“The finding that one in every two trans young people we heard from had attempted to end their life is a sobering statistic that demonstrates the urgent need for services that are better equipped to support gender diverse young people,” Dr Lin said.

“These are vastly different figures to the general young population, with the 2015 Young Minds Matter survey indicating that one in 40 young people aged 12-17 had attempted suicide, and one in 12 had self- harmed.”

Three quarters of the young trans participants surveyed – 74.6 per cent – had been diagnosed with depression, compared with 7.7 per cent of adolescents in the general population.

The report also found 68.9 per cent of participants had experienced discrimination, and 78.9 per cent had experienced problems at school, university or TAFE. Almost two thirds had felt a lack of family support – with many relaying personal stories of rejection and hostility – and nearly 90 per cent had been rejected by their friends or peers.

Another key objective of the study was to identify gaps in medical and mental health services for trans young people.

Trans Pathways found 42.1 per cent of trans young people had reached out to a service provider who did not understand, respect or have previous experience with gender-diverse people, while 60 per cent of participants had felt isolated from medical and mental health services.

“Trans young people told us there is a desperate need for gender services to be expanded, and for current service providers to receive training in gender diversity and the specific health needs of trans people,” she said.

The research team said the recommendations and guidelines provided in the Trans Pathways report had been overwhelmingly successful in prompting further discussion with policymakers and service providers. 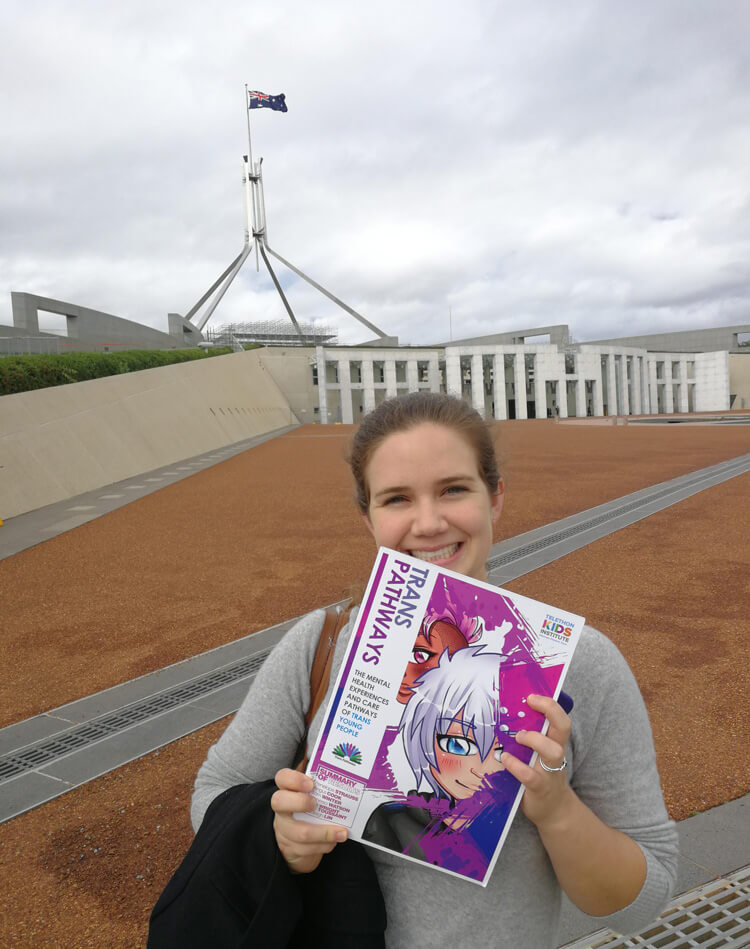 Since being launched in September 2017, the report had been used widely as a reference point for statistics around trans youth in Australia.

“Up until now, there hasn’t been this base point to help influence policy change and advocate for funding in this area,” Ms Strauss said.

Amongst other things, Trans Pathways’ findings have been used in the first ever Australian Standards of Care and Treatment Guidelines for Trans and Gender Diverse Children and Adolescents – standards which all GPs and health practitioner treating trans youth should follow.

The report has also received international recognition after being cited in the recent United Nations report of the Independent Expert on protection against violence and discrimination based on sexual orientation and gender identity.

The results have also supported advocacy efforts and opened new funding doors, including to secure funding for Parents of Gender Diverse Children, the largest parent support group of trans children.

In addition, Dr Lin and Ms Strauss have travelled across the country, delivering more than 30 presentations to academics, policymakers, educational institutions and the wider community. They have met with the Office of the Chief Minister in Canberra, Health and Human Services in the Victorian Government, and various Federal and State politicians across Australia.