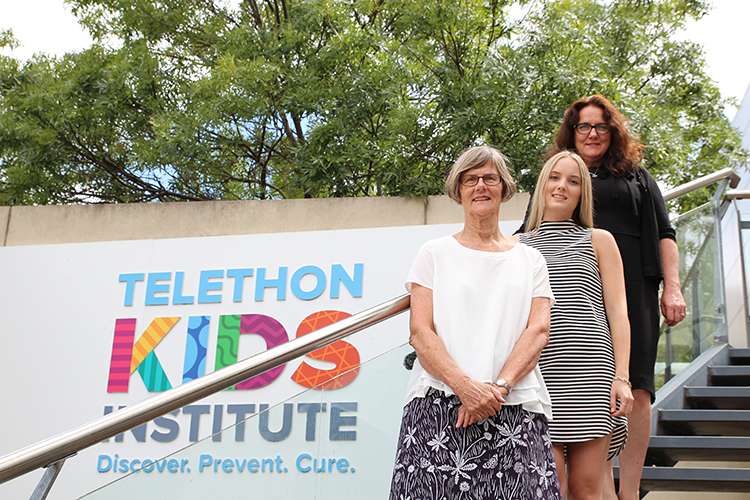 A ground-breaking Telethon Kids Institute study, which revealed that almost every young person being held in the Banksia Hill Detention Centre had some form of neuro-disability, has sparked concern and conversation across Australia and the world.

The Banksia Hill Project, carried out over two years, was the first study in Australia to assess and diagnose young people in a youth custodial setting for Fetal Alcohol Spectrum Disorder (FASD).

Although the team of Telethon Kids Institute researchers led by Professor Carol Bower set out to assess specifically for FASD, they were shocked to find evidence of much broader brain impairment.

“Of the 99 young people who completed full assessments we found 36 of them – more than one in three – had FASD,” Professor Bower said. “Of this 36, only two had been previously diagnosed.”

This was the highest known prevalence of FASD in a custodial/corrective setting worldwide, and almost double the previous highest Australian estimate in a non- custodial setting.

“Just as worryingly, we found that 89 per cent of the sentenced young people had at least one severe neurodevelopmental impairment, whether they had FASD or not,” Professor Bower said. “Similarly to FASD, this is amongst the highest reported rate of neuro-disability amongst sentenced youth in the world.”

The kinds of neurodevelopmental impairments identified by the team included problems with executive function, such as not being able to relate cause and effect or to plan, and problems with language, memory, cognition motor skills, attention, social skills and adaptive behaviour.

Almost half of the young people had severe problems with language, how to listen and understand, and how to reply and explain what they think.

“These are all really important neurodevelopmental aspects of a young person’s life, yet the majority of these problems had not been previously identified,” Professor Bower said.

Fellow Telethon Kids researcher Dr Raewyn Mutch, one of the clinicians who conducted the assessments, said many of the young people assessed had previously been written off as ‘naughty children’, when they in fact were profoundly impaired.

“For many this was the first time they had received a comprehensive assessment to examine their strengths and difficulties, despite attending school and, in many cases, despite their prior engagement with child protection services and the justice system,” said Dr Mutch.

“Of the young people who participated in the qualitative study, 89 per cent were Aboriginal, and most have come from families and communities where the traumatic effects of past child removal, criminal justice policies, and other colonising processes have significantly impacted their life chances,” Ms Hamilton said.

The young people had also found it valuable to be provided with feedback on their strengths and difficulties.

“Many of the young people had never been told their strengths and did not know what they were good at,” Ms Hamilton said. “In addition, it is apparent that despite extensive involvement with services such as child protection and education, the young people have not had their disabilities recognised or treated, and have received little or no support.

“The prevalence study provides a model for strength-based assessments of young people which could be implemented when a young person and their families encounter these systems.”

The Banksia Hill Project is the first study in Australia to assess and diagnose young people in a youth custodial facility for Fetal Alcohol Spectrum Disorder (FASD) – a neurodevelopmental disorder caused when an unborn child is exposed to alcohol in the womb. A Telethon Kids research team led by Professor Carol Bower and Clinical Associate Professor Raewyn Mutch spent two years working with more than 100 young people aged between 10-17 years who were incarcerated in Western Australia’s only youth detention facility, Banksia Hill Detention Centre. Nine out of ten youth examined were found to have some form of neuro-disability – most of which had gone previously undiagnosed despite multiple contacts with government and other agencies. The Banksia Hill Project was funded by the National Health and Medical Research Council and carried out in cooperation with the Departments of Justice and Communities.

A paper detailing the research was published in BMJ Open in February and made immediate waves, generating widespread media and social media attention and sparking interest from governments, agencies, and people working in youth justice as far afield as New Zealand, Canada and the United States, as well as across Australia.

The Western Australian Government welcomed the results, with Corrective Services Minister Fran Logan pledging to push the findings of the study through the government’s agencies to identify brain impairments among troubled youths earlier, and help them.

Staff at Banksia Hill Detention Centre also embraced the findings, and have since flocked to a series of training sessions conducted by PhD candidate Hayley Passmore, using training materials developed by the research team with input from staff and young people at the centre.

The training aims to help staff understand and work more effectively with the young people in their care.

“We originally only had three sessions planned but they asked me to come back again and again, and we’ve now trained over 100 staff – mostly custodial but also some non-uniform staff,” Ms Passmore said.

She is now formally evaluating the results, but said staff responses had been overwhelmingly positive.

“They’re saying things like ‘We should have had this information earlier – this is so vital to our job’; ‘This should be in the academy training before we even start this role’; and ‘This is something all staff need to know about’. So that’s a positive indication that the staff training has been beneficial already,” said Ms Passmore

Following the assessments, the team prepared individualised reports for each young person to help Banksia Hill staff and the young person’s wider circle of care understand their difficulties and create tailored rehabilitation plans building on their relative strengths.

They also recommended that young people be fully assessed upon entry into the youth justice system, and preferably much earlier, so any vulnerabilities could be picked up and appropriate interventions and care plans could be put in place – potentially steering them away from a youth justice path altogether.

Since the paper’s release, the findings have had a profound impact on those charged with caring for and managing young people who may find themselves in trouble.

At a State level, the Banksia Hill Project team has met with the Ministers for Education, Health, Justice, and Communities, and has a commitment to present to the Cabinet sub-committee for WA Community Safety and Family Support, on how the research results can be used to help get full assessments and better management strategies in place.

In the meantime, the Department of Justice is exploring a new Model of Care for youth detention, which aims to identify and consider the complex needs of the young people in a multidisciplinary manner.

Comprehensive health assessments for young people who enter the youth justice system have also been included as a priority in the new WA Youth Health Policy 2018-2023, launched in April, with the Banksia Hill Project findings cited in the policy’s companion document.

In addition, the Banksia Hill findings have contributed to the Perth Children’s Court ordering more multi-disciplinary team assessments as part of the pre-sentencing process; and the study has led to a legal precedent in the WA Supreme Court of Appeal.

The team’s diagnosis of a convicted teenager with FASD provided a deeper understanding of his health and neurodevelopmental circumstances, and led to a review of his sentence and of the services and supports he requires. In granting the appeal, Chief Justice Wayne Martin expressed frustration at the inadequacy of assessment of FASD in Western Australia and warned that unless assessment arrangements improved, justice-involved youth were at risk of injustice, and the opportunity to reduce the risk to the community would be lost.

“Our study has definitely provided an impetus for those working in this area to consider the neurodevelopmental aspects of these kids – in their assessments, in their management – that hasn’t been there before,” Professor Bower said.

“Just putting some numbers on it has really sharpened everyone’s attention on the issue and given us another way of thinking about kids in the justice system. There are a lot of complex lives here. We always say society has failed these young people and we need to be doing a better job, and now there is a great will to do it better. We just need to operationalise that and keep on the case,” said Professor Bower.

Professor Bower said that in order to give young people with neurodevelopmental impairment the best chance to succeed, it was important not only to identify their strengths and limitations, but provide appropriate support to help them do better while in detention and once they were released.

“I think that’s a key thing that can be taken from our study, identifying their strengths and difficulties and playing to the strengths to support the difficulties – because these young people will be released at some stage and we want them to have the best opportunity to be law-abiding citizens upon their release,” she said.

“Ensuring we understand them and identifying what resources and support they need means that not only do these children have a better chance at succeeding, but we also have a safer community.”

Dr Mutch said the research had been paradigm shifting – and was a fitting way to cap off the career of Professor Bower, who had spent decades making a difference in the lives of young people, particularly through her research into the ability of folate fortification to reduce birth defects, and her research into FASD.

“She was tentative about dipping into the area of juvenile justice,” Dr Mutch said. “But what better way for her to hand on the baton for child health research than to have conducted something that has had such a widespread national and international impact, that has caught the attention of government and has already had buy in, at least in spirit, to agree that something different has to be done.”