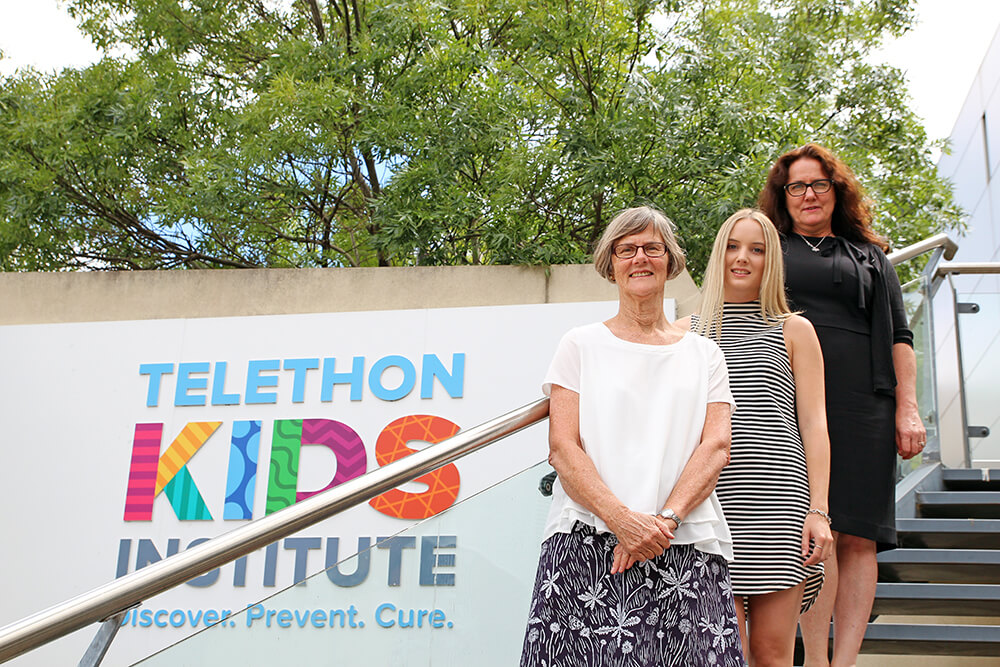 Nine out of ten incarcerated youth examined by Telethon Kids Institute researchers as part of a ground-breaking study had some form of neuro-disability – most of which had gone previously undiagnosed despite multiple contacts with government and other agencies.

The Banksia Hill Project is the first study in Australia to assess and diagnose young people in a youth custodial facility for Fetal Alcohol Spectrum Disorder (FASD) – a neurodevelopmental disorder caused when an unborn child is exposed to alcohol in the womb.

A paper detailing the team’s findings was published in the BMJ Open today.

Professor Bower said the team had set out to look specifically for FASD but were surprised to find evidence of severe neurodevelopmental impairment in almost every young person they assessed.

“Of the 99 young people who completed full assessments we found 36 of them – more than one in three – had FASD,” Professor Bower said. “Of this 36, only two had been previously diagnosed.”

Professor Bower said this was the highest known prevalence of FASD in a custodial/corrective setting worldwide, and almost double the previous highest Australian estimate in a non-custodial setting.

“Just as worryingly, we found that 89 per cent of the sentenced young people had at least one severe neurodevelopmental impairment, whether they had FASD or not,” Professor Bower said. “Similarly to FASD, this is amongst the highest reported rate of neuro-disability amongst sentenced youth in the world.”

Two thirds of the young people assessed had at least three domains of severe neurodevelopmental impairment, and 23 per cent had five or more severely impaired domains.

“The sorts of domains we’re talking about are problems with executive function, such as not being able to relate cause and effect or to plan, and problems with memory, cognition, motor skills, attention, social skills and adaptive behaviour,” Professor Bower said. “Almost half the young people had severe problems with language, how to listen and understand and how to reply and explain what they think.

“These are all really important neurodevelopmental aspects of a young person’s life, yet the majority of these problems had not been previously identified.”

About a quarter of the young people were found to have intellectual disability, with an IQ score at or below 70.

Paediatrician and researcher Dr Raewyn Mutch, one of the clinicians who conducted the assessments, said many of the young people in Banksia Hill found to have severe impairment had previously been written off as ‘naughty children’.

“What they do is socially unacceptable but it’s arisen from a brain that isn’t working properly, and that underlying, innate difference of brain function has not been previously recognised nor understood,” Dr Mutch said.

“Some of these young people were profoundly impaired, yet for many this was the first time they had received a comprehensive assessment to examine their strengths and difficulties, despite attending school and, in many cases, despite their prior engagement with child protection services and the justice system.

“These are missed opportunities for earlier diagnosis and intervention, which may have prevented or mitigated their involvement with justice services – and more importantly may have permitted alternative community care with targeted health and educational interventions and rehabilitation.”

Upon completing the assessments, the team prepared a report for each young person that aims to help detention centre staff and their wider circle of care to understand the young person’s specific difficulties and create tailored rehabilitation plans that build on their relative strengths.

Dr Mutch and Professor Bower said the team hoped the study would act as a catalyst for improvements in the way health, education, justice, child protection, and other systems responded to children and young people who were displaying issues including school difficulties, mental health problems, or behavioural difficulties.

“What this study does is gives us evidence to inform system change for better outcomes for the young person and their communities,” Professor Bower said.

“These findings, which document an unprecedented prevalence of FASD and severe neurodevelopmental impairment, highlight the vulnerability of young people within the justice system and their significant need for improved diagnosis to identify their strengths and difficulties, and to guide and improve their rehabilitation.

“We recommend that young people be fully assessed on entry into the juvenile justice system and preferably much, much sooner, at their first encounter with the law or before, so their vulnerabilities are recognised, and specific and appropriate interventions and care plans can be put in place.

“The good news is we are already working closely with the relevant departments, who gave us unprecedented support and access to enable us to undertake this project.

“We’re now working with them to help train staff to understand and work more effectively with these young people, and we plan to undertake further research.”

The Banksia Hill Project was funded by the National Health and Medical Research Council and carried out in cooperation with the Departments of Justice and Communities.

The BMJ Open paper detailing the study, Prevalence of Fetal Alcohol Spectrum Disorder Among Young People in Youth Detention in Western Australia, can be found here.

To coincide with the release of this new research, the authors also published an article in The Conversation: Almost every young person in WA detention has a severe brain impairment.

The Banksia Hill Project is the first study in Australia to assess and diagnose young people in a youth custodial facility for Fetal Alcohol Spectrum Disorder (FASD) – a neurodevelopmental disorder caused when an unborn child is exposed to alcohol in the womb. A Telethon Kids research team led by Professor Carol Bower and Clinical Associate Professor Raewyn Mutch spent two years working with more than 100 young people aged between 10-17 years who were incarcerated in Western Australia’s only youth detention facility, Banksia Hill Detention Centre. Nine out of ten youth examined were found to have some form of neuro-disability – most of which had gone previously undiagnosed despite multiple contacts with government and other agencies. The Banksia Hill Project was funded by the National Health and Medical Research Council and carried out in cooperation with the Departments of Justice and Communities.