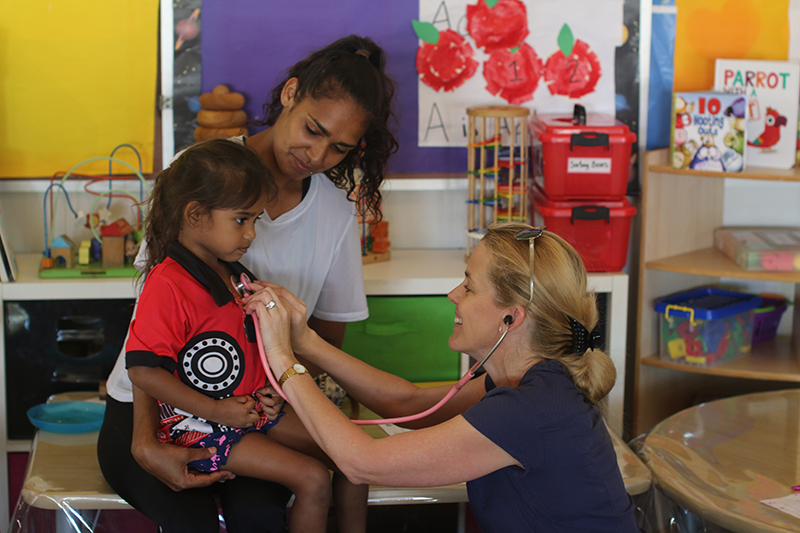 A wet cough in a child for more than four weeks can indicate infection in the lungs. Left untreated, this can over time lead to permanent, life-shortening lung damage.

Ms D'Sylva said that up until recently, there hadn’t been a lot of public information available about chronic wet cough, either for health practitioners or communities.

“Chronic wet cough isn’t a new problem, but it hasn’t really been recognised as a public health issue and hasn’t been on the radar,” Ms D’Sylva said.

“The problem is we can’t find what we’re not looking for. Health practitioners haven’t been screening or looking for it and families haven’t known that a chronic wet cough could be such a big issue.”

She said conservative estimates based on research in central Australia had put the prevalence of chronic lung disease in the Aboriginal population at 1.5 per cent, however recent studies suggest that the true prevalence may be much higher.

“It’s imperative that chronic wet cough in children is on the radar so we can treat it early and ensure children have a better chance at avoiding the long-term health problems it can cause,” Ms D’Sylva said.

“That’s why we are so excited about this campaign – it will let families and health practitioners alike know more about lung health and what to do for a wet cough that hangs around for more than four weeks.

“Aboriginal families in the Kimberley have told us that they want health information and they want it with local input, and that’s what we’ve built the campaign around – local faces, local voices, local resources and local people.”

Led by radio, television and print advertisements to be shown to Aboriginal communities around the Broome area, the campaign also includes an animated film available on YouTube, as well as a flip book which explains wet cough, and the damage it can cause, in a culturally relevant way. There will also be a series of talks and workshops, including training sessions for local health staff on how to assess and manage chronic wet cough and chronic lung disease.

“My hope is we can kick chronic wet cough, and lung disease, out of the Kimberley and ultimately out of Australia. As the local Kimberley mob say, we want strong, healthy lungs to grow our kids up big and strong.”