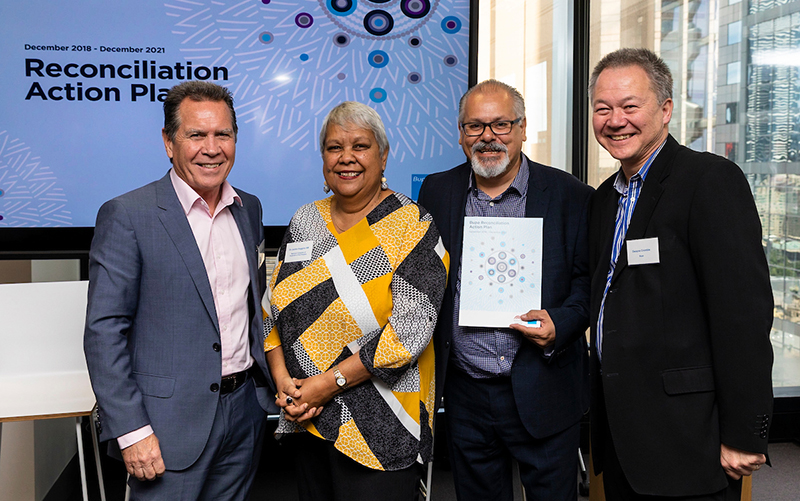 Researchers will extend a unique community-led project to end rheumatic heart disease in Aboriginal communities, thanks to nearly half a million dollars in funding from Bupa.

The healthcare company today launched its latest Reconciliation Action Plan, which puts ending rheumatic heart disease (RHD) at the heart of its vision to improve the lives of Aboriginal and Torres Strait Islander peoples.

As part of this commitment, Bupa has pledged $450,000 - and additional in-kind support - to the End Rheumatic Heart Disease Centre of Research Excellence (END RHD CRE) based at Telethon Kids Institute, to expand their END RHD Communities project.

While many Australians will have never heard of rheumatic heart disease, Australia actually has some of the highest rates in the world, seen almost exclusively in Aboriginal and Torres Strait Islander communities.

A completely preventable disease, RHD is caused by a Strep A infection – either a sore throat or skin sore. But efforts to tackle the condition over the last 30 years have tended to focus on treating the established disease, rather than addressing the social and environmental causes.

This is where the END RHD Communities project differs. It’s a community-led, research backed approach to tackling RHD in remote Aboriginal communities, and thanks to Bupa’s support, it will now be extended for three years.

Originally established as a pilot project in two communities in the Northern Territory, the project works with communities and their service providers to develop culturally appropriate strategies to prevent and treat RHD, and its precursor acute rheumatic fever (ARF).

Glenn Pearson, Head of Aboriginal Health at Telethon Kids Institute, spoke at the launch of Bupa’s Reconciliation Action Plan, and says the project is different to others because it is community-led and puts families front and centre.

“END RHD Communities is based on the principle of co-design. This is an Aboriginal-led project, supported by research,” Mr Pearson says.

“Our goal is to create a gold standard model of care to treat and prevent RHD that can be rolled out across Australia, and Bupa’s support has been absolutely instrumental in bringing us closer to that goal.

“Their support has allowed us to extend the project, and this extra time will not only give us extra data and extra learnings – it will ultimately, change more lives.”