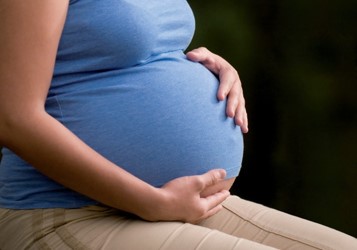 Ministers with responsibility for food regulation will be considering alcohol pregnancy warning labels at the upcoming Australia and New Zealand Ministerial Forum on Food Regulation on 24 November.

“The alcohol industry should have health warning labels like those we see on tobacco products,” Dr Giglia said.

“Current labels are too weak and indirect to be effective in educating the public on the risks of consuming alcohol while pregnant. They are not only voluntary, they are too small, lack prominence and do not have a clear and simple message about the effects of drinking alcohol during pregnancy.”

“They need to be replaced with mandatory, strong, specific, government-regulated health warning labels that are developed on the basis of the best available evidence to help raise awareness of risks associated with drinking during pregnancy.”

Alcohol use during pregnancy can cause Fetal Alcohol Spectrum Disorder (FASD) an entirely preventable but incurable condition caused by the baby’s exposure to alcohol in the womb.

The National Health and Medical Research Council’s Australian Guidelines to Reduce Health Risks from Drinking Alcohol, state that “maternal alcohol consumption can harm the developing fetus or breastfeeding baby” with Guideline 4 recommending that for women who are pregnant, planning a pregnancy, or breastfeeding, not drinking is the safest option.

The 2016 National Drug Strategy Household Survey conducted by the Australian Institute of Health and Welfare reported almost half of Australian women (44%) still consume alcohol while pregnant.

Dr Giglia said mandatory, evidence-based pregnancy warning labels on alcohol products and at the point of sale will contribute to national efforts to prevent FASD and complements commitments already made by the Australian Government to address FASD.

“We support the WA Health Minister in urging his counterparts in the Commonwealth, State and Territory governments to support this initiative and implement strong, government-regulated health warning labels on alcohol products,” said Dr Giglia.

The Alcohol and Pregnancy & Fetal Alcohol Spectrum Disorder (FASD) Team at Telethon Kids Institute is committed to improving the health and wellbeing of children through excellence in evidence-based research and translating this research to reduce alcohol consumption in pregnancy; improving clinical practice and diagnosis of FASD; and supporting appropriate interventions, management and services for people with FASD.

Fetal Alcohol Spectrum Disorder (FASD) is characterised by severe neurodevelopmental impairment resulting from an unborn child's exposure to alcohol during pregnancy. The effects of prenatal alcohol exposure are life-long and may not be seen at birth. Problems include brain damage leading to delayed development, social, behavioural and learning problems. These can lead to secondary outcomes such as poor school performance, unemployment, substance abuse, mental health problems and early engagement with the justice system. FASD affects communities worldwide and is the leading cause of preventable non-genetic intellectual disability in Australia.