A new scientific study published today in The New England Journal of Medicine shows that people living in the Oceania region, including Australia, have the highest risk in the world of having and dying from rheumatic heart disease (RHD).

The study, co-authored by Australian researchers from Telethon Kids Institute and Murdoch Childrens Research Institute, reported that Oceania, South Asia and sub-Saharan Africa have the highest prevalence and mortality rates from the disease, and have also seen the lowest reductions globally over the past 25 years.

The data highlights that while global RHD burden has decreased since 1990, most of this benefit has occurred in countries that have undergone economic development, while the world’s poorest populations continue to bear the brunt of RHD.

Professor Jonathan Carapetis, Director of the Telethon Kids Institute in Perth and an international expert on RHD, said rates in Australia’s Aboriginal and Torres Strait Islander people continue to be among the highest in the world, representing a national disgrace.

"Rheumatic heart disease is a preventable, yet devastating condition," said Professor Carapetis. "This paper proves that this is a disease usually seen only in developing countries.  It is appalling that it is still a problem in Australia.”

“RHD causes the largest disparity in cardiovascular disease outcomes between Aboriginal and non-Aboriginal populations and one of the greatest disparities of all diseases, and it is simply unacceptable.

“If we are trying to Close the Gap, RHD has to be a priority.  If there is one country that should be able to eliminate this disease, it is Australia, and there needs to be a national commitment to end the condition,” said Professor Carapetis. 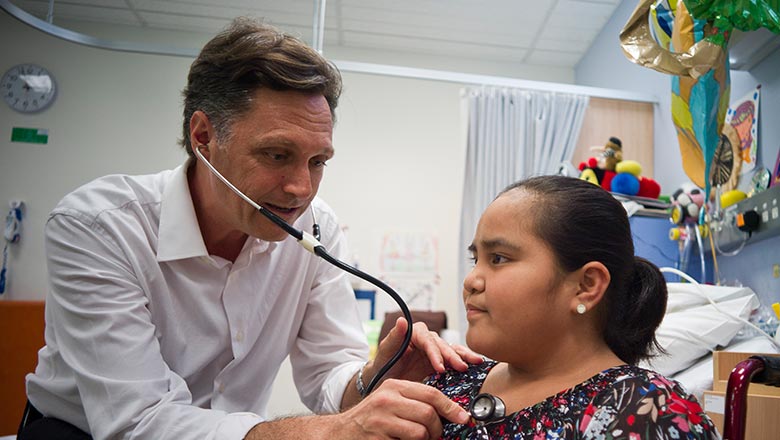 One in 43 Aboriginal and Torres Strait Islander people living in remote and rural areas has rheumatic heart disease. It is caused by a bacterial infection of the throat and skin, which, without treatment with antibiotics, can result in heart failure and other complications including stroke.

The study estimated that there were 33.4 million cases of rheumatic heart disease globally in 2015 (an increase of 3 million since 1990), and the disease was responsible for 319,400 deaths. These data also prove that global investment in RHD research is dramatically neglected – an accompanying editorial in the New England Journal stated that, while HIV, tuberculosis and malaria cause 3 to 5 times the number of RHD deaths, the investment in research and development on those diseases is 500 to 1,000 times that of RHD.

“The continued high prevalence and mortality rates in the world’s poorest regions reflects the challenge of improving socioeconomic, environmental and health systems in these areas,” said Dr Colquhoun.

“This highlights the need for intensified efforts to address the disparity in disease burden and mortality from a preventable disease that has almost been eradicated from high income countries.”

The END RHD CRE is producing a strategy to end RHD as public health priority and ‘close the gap’ between Aboriginal and non-Aboriginal Australians, due to be presented to the Australian Government as part of the National Endgame Strategy.

“Imagine how proud we would be to say we eliminated a disease like RHD? The alternative is to continue the shameful situation we have today of having world record rates of a disease of developing countries here in Australia,” said Professor Carapetis.

You can view the full paper here.