Professor Graham Hall is looking at the effect of air travel on premature babies, with his research already contributing to international guidelines. 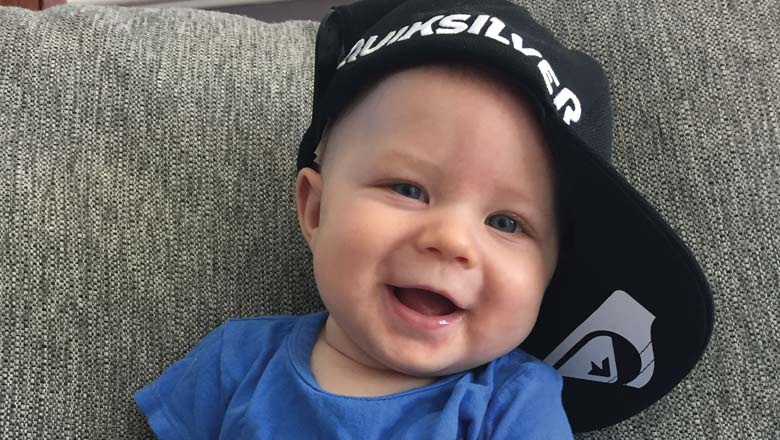 Baby Ryker, who was born at 34 weeks, has already been up in the air multiple times.

When his mum Sarah went into labour prematurely, she was airlifted from Hopetoun to Perth to give birth to her 2.2 kilogram son. Four months later, the family wanted to visit Melbourne and Adelaide for Christmas so they could introduce Ryker to extended family, but as with most pre-term babies, there were concerns about his lung development.

“I found out that oxygen tanks were very expensive and thought about cancelling, which would have really disappointed his grandparents,”

Sarah said. “Fortunately we were able to participate in the research at Princess Margaret Hospital, which meant the oxygen bottle was free and we were told exactly what to do if Ryker’s oxygen levels dropped. We documented his condition on the flights.”

“I was definitely worried, but Ryker was fine all the way. It was a great trip and I hope the research helps other mums in the same situation.”

The research into hypoxia, which is a drop in oxygen saturation during air travel, is currently underway at the Telethon Kids Institute, led by Professor Graham Hall, in conjunction with Princess Margaret Hospital. 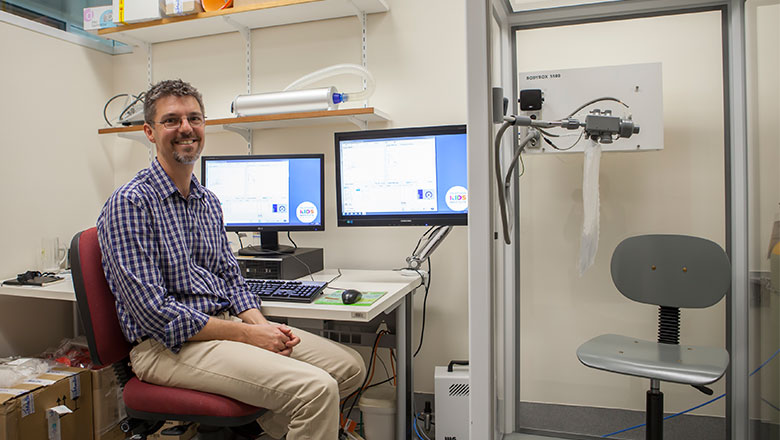 “Due to the effects of altitude, air travellers are breathing less oxygen than normal, leading to lower oxygen levels in the blood, or oxygen saturation,” Professor Hall explains. “While this is perfectly safe for healthy adults, children and babies, the lungs of pre-term babies are not always mature enough to cope with changes in oxygen levels.”

The research uses pre-flight testing on the babies by lowering oxygen levels in simulated conditions on the ground, at Princess Margaret Hospital. The babies are also monitored during the actual flight and given oxygen if it’s required.

Professor Hall, who is head of Paediatric Respiratory Physiology at Telethon Kids, said his passion for the project began several years ago when premature babies who’d reached their due date were being tested and assessed before their flight home to a regional area.

“At the beginning, the tests we did were only based on evidence from adults with respiratory problems, so it all started because I wanted to know if this was the right test for these very small babies,” Professor Hall said.

“Our latest work is looking at whether babies who were born pre-term can fly without oxygen once they’re one month to 12 months old. Flights are often necessary for medical appointments as well as families, like Sarah and Ryker, wanting to travel for holidays.

“For our research we do the flight test on the ground and then we teach families how to use a monitor and oxygen tank in the air if the child’s oxygen saturation drops below 85%. Flying with babies is already challenging so we appreciate the help from families who are carrying oxygen and taking notes from the monitor,” he said.

Professor Hall says their participation in this work is making a real difference because the test results will help all doctors to give evidence-based advice about flying with prematurely born infants.

Professor Hall’s latest study is due to be completed at the end of 2016.