Our Board of Directors all give their time voluntarily and work together to guide the overall business of the Institute, bringing a diverse range of experience from the business, academic and community sectors.

We are extremely grateful for their dedication and the governance they provide us. 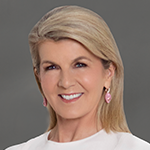 Julie joined the Board as Chair in August 2019. The Former Australian Foreign Affairs Minister is the Chancellor of the Australian National University, Chair of the Princes’ Trust Australia, Director of The Palladium Group, and Member of the International Advisory Boards of Afiniti and the Human Vaccines Project. She is the Fisher Family Fellow at the Harvard Kennedy School Belfer Centre for Science and International Affairs, and the Kissinger Fellow at The McCain Institute of International Leadership. Julie chairs the Institute’s Remuneration and Nomination Committee, and Development Committee. 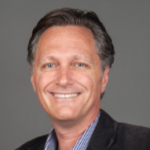 Ben joined the Board in April 2021 and is a member of the Institute’s Finance Committee. He is the former WA Treasurer and Minister for Finance; Aboriginal Affairs; and Lands. Ben studied Arts and Law at The University of Western Australia and completed his Masters at the London School of Economics and Political Science. He was elected to the Legislative Assembly to represent the electorate of Victoria Park in 2006, and between 2008 and 2016 held a number of senior positions in the Shadow Cabinet. Ben’s current Board appointments include Woodside Petroleum Ltd and the West Coast Eagles. 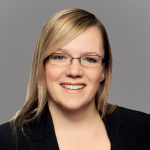 Fiona joined the Telethon Kids Institute Board in November 2017 and Chairs the Finance Committee. She is the Ernst & Young Managing Partner Western Region and Assurance Partner, a Fellow of the Leadership WA Program, a Fellow of Chartered Accountants in Australia & New Zealand, a Fellow of the Financial Services Institute of Australia, and a Member of the Australian Institute of Company Directors. Fiona has previously been on the Board of United Way WA. 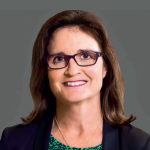 Jane is one of Australia’s leading digital strategists and is Managing Director of Lenox Hill, a digital strategy and solutions advisory company. She is a Fellow of Chartered Accountants Australia and New Zealand, a Graduate of the Australian Institute of Company Directors, and has an Honours Degree in Commerce. Jane currently serves on the board of Australian Finance Group and Cedar Woods Properties, and is the Chair of HealthDirect Australia and past President of the WA Women’s Advisory Council to the WA Government. Jane joined the Telethon Kids Board in February 2018 and also sits on the Risk and Compliance Committee. 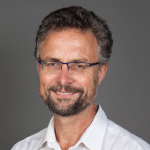 Jozef joined the Board of Telethon Kids in 2016 and is a member of the Institute’s Risk
and Compliance Committee. Jozef is an NHMRC Senior Principal Research Fellow,
Chair of Channel 7 Children’s Research Foundation for the Prevention of Childhood Disability, and Professor of Human Genetics at the Adelaide Medical School, University
of Adelaide. He established the Neurogenetics Research Program at the Women’s and Children’s Hospital, Adelaide and is a Fellow of the Australian Academy of Health and Medical Sciences. Jozef was awarded the 2019 South Australian Scientist of the Year. 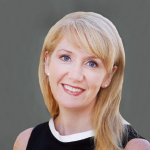 Nicole joined the Telethon Kids Board in 2016 and is Chair of the Risk and Compliance Committee and also a member of the Remuneration and Nomination Committee. Nicole is Director of Research Services and Systems at Curtin University and previously was the General Manager Western Australia of SAP. Nicole is a member of the Australian Institute of Company Directors.

Ed joined the Telethon Kids Board in 2021 and is a member of the Institute’s Development Committee. Ed is the Managing Director for Business Development at Wesfarmers Limited. Prior to joining Wesfarmers, Ed had a long career in private equity leading global and domestic investment firms Kohlberg, Kravis & Roberts and Pacific Equity Partners. Ed brings a wealth of experience in investment, business development and corporate strategy across a broad range of industries. He has a Bachelor of Science from the University of Melbourne. 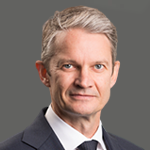 Professor Brendan Crabb AC PhD is an infectious disease researcher, Director and CEO of the Burnet Institute, and Chair of the Australian Global Health Alliance and the Pacific Friends of Global Health. He serves on the International Advisory Boards of the Sanger Institute (UK) and WHO’s Malaria Vaccine Advisory Committee (Geneva). He is a fellow of the Australian Academy of Science and the Australian Academy of Health and Medical Sciences. His passion is to use science and innovation to improve the health of all peoples, especially to contribute to a more equitable Australia, region and wider world.

Also in this section...