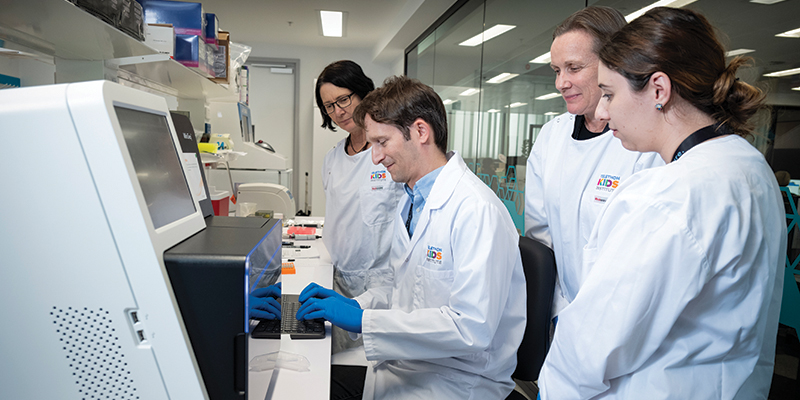 Telethon Kids Institute researchers are at the forefront of rapid improvements in the diagnosis of rare diseases, with the Institute’s Genetics and Rare Disease program using powerful new tools to decipher conditions that until now have defied understanding.

But within a very short period, those odds have dramatically risen.

“If you’d come to me in 2013 and asked, what are the chances of a child with a combination of severe and unusual characteristics having a confirmed diagnosis, I’d have said nine per cent.

“Then we created the Undiagnosed Disease Program and took the diagnostic rate from 30 per cent to 55 per cent – all in a few years,” Professor Baynam said.

Professor Baynam, Clinical Geneticist and an Honorary Research Fellow at Telethon Kids, said rapid improvements in the diagnosis of rare diseases were set to continue globally, with the Institute at the forefront of that wave.

Professor Baynam works with the Institute’s Genetic and Rare Diseases Program – a critical part of the Undiagnosed Disease Program, which brings together a multidisciplinary team of clinicians and a team of computational scientists led by Dr Lassmann, who are pursuing a unique approach that treats every patient as an individual.

Dr Lassmann said that instead of treating each child as a ‘blank canvas’, the researchers undertook a targeted analysis of each patient’s information, using medical indicators the clinical team had identified.

“We use that information as a starting point to look for disease genes that we know to be associated with those phenotypes. We then apply large genomics data and build predictor models that interrogate that patient’s genome in a way that’s guided by the phenotype.

“The difference, on the computation side, is that other approaches treat all the patients the same, using one machine-learning method to find disease-causing variants. What we do is build machine-learning algorithms for each patient.

“I call this ‘personalised analytics’. It’s a new thing we do – build an entire analysis pipeline around what’s wrong with that particular child – and it seems to be better than treating everyone the same.”

“As we go forward we want to merge this as much as possible, to make use of all the information we have, whether it’s genomics, transcriptomics or something a clinician noticed.”

Recently, Professor Baynam and Dr Lassmann collaborated with international colleagues to write a commentary published in the journal Cell, discussing technological advances in the field that will help in the future.

Both said it was an important article, shining a light on rare disease diagnosis in a high impact way to help galvanise researchers worldwide around a common mission.

The article’s authors, including Professor Baynam and Dr Lassmann, are part of an international taskforce formed to help advance diagnosis for children with unsolved medical mystery conditions. The taskforce is part of the International Rare Diseases Research Consortium – a global collaborative founded in 2011 which aims, by 2027, to create the means to diagnose all people living with a rare disease within one year of coming to medical attention.

“The goal is deliberately ambitious, but so too have been previous targets – and they have been exceeded ahead of time,” Professor Baynam said

Ending the cycle of ‘not knowing’ 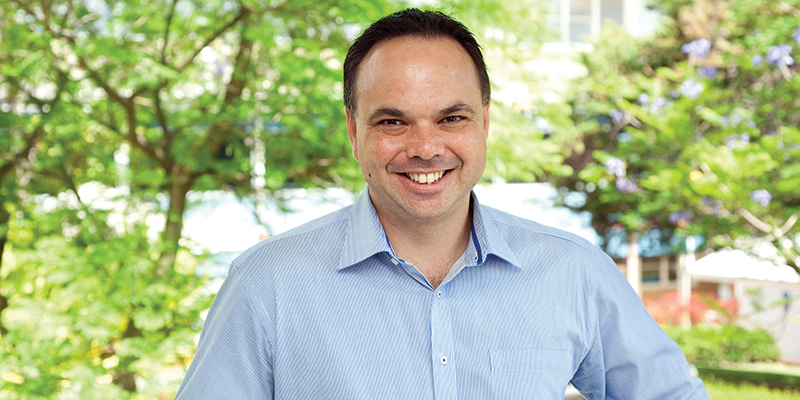 There are 63,000 children living with a rare disease in Western Australia alone.

While previously many would have gone undiagnosed, rapid progress in rare disease diagnosis in recent years means more than half can now look forward to knowing what the condition is that’s made them ill or limited their abilities.

Professor Gareth Baynam said phenotype-informed genomic sequencing, for example, had delivered a diagnosis for dozens of children in WA – including some who were amongst only a handful of people in the world with their condition.

“These diagnoses have altered medical and surgical treatment and given insights into the potential to develop new therapies, drugs or treatments,” Professor Baynam said.

“It also gives us clarity to investigate further things like metabolomics; from a simple wee sample, for example, we can look for clues about how the body is metabolising things and what that means for potential new medicines to help.”

Perhaps most importantly, however, the ‘not knowing’ had ended for many children and their families.

“Imagine going through life circulating around the health system with multiple health issues and you don’t have a clue what’s causing it or a name for it,” said Professor Baynam. “How do you speak to the school about that or to doctors or family and friends?”

"You feel incredibly isolated, but once you know the answer and connect to people with the same experience, you have a community and a shared experience and clarity for the future."

“That removal of isolation is the most powerful thing we do. People often feel a need to know what caused this and to connect with others in same situation.”

This research is supported by the Feilman Foundation and McCusker Charitable Foundation.