Helping kids get the most out of school 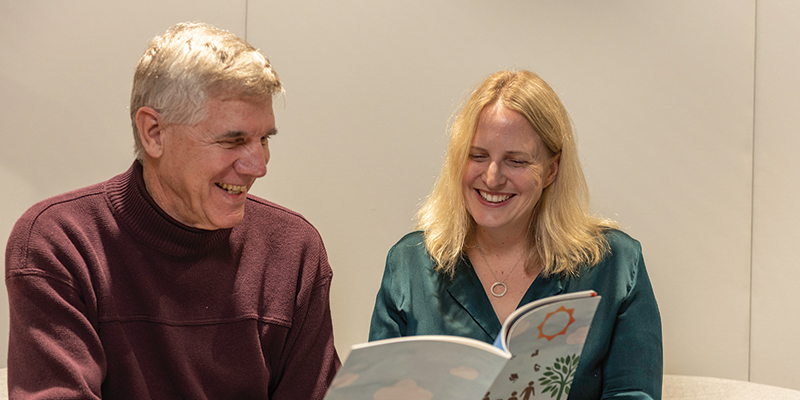 In 2014 Professor Steve Zubrick was one of nine chief investigators who were awarded nearly $28 million in funding to create the Australian Research Council Centre of Excellence for Children and Families Over the Life Course, of which he is Deputy Director. Five years on, Telethon Kids-led studies emerging from the collaborative research centre – set up to investigate and prevent the transmission of deep and persistent disadvantage across generations – are leading to better outcomes for kids and their families.

Professor Zubrick and Dr Kirsten Hancock are among several Telethon Kids researchers working through the Life Course Centre to tackle intergenerational disadvantage and identify ways all kids can get a better start to life.

Dr Hancock’s work has focused predominantly on what helps and hinders children to do their best at school, including family background factors and the way these can affect what children have in their ‘backpacks’ when they arrive at the school gate. 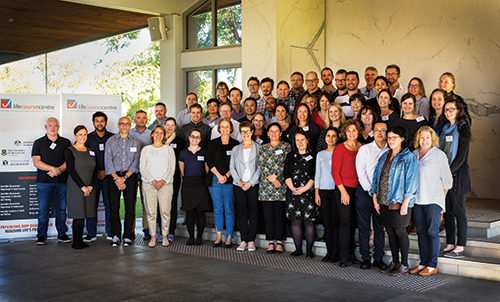 “My work has particularly targeted student absenteeism, including the different reasons students miss school and the impact of those reasons on NAPLAN outcomes,” Dr Hancock said.

In one of her most recent studies, Dr Hancock led a team, including Professor Zubrick, that collated data on entire cohorts of Western Australian children to show how different types of absences related to NAPLAN outcomes. Surprisingly, they found in-term holidays have little impact on NAPLAN scores. Rather, it’s unexplained absences schools need to worry about.

Professor Zubrick said the results showed it wasn’t just the number of days missed that caused students to fall behind, but the type of absences.

“Unexplained absences account for about one third of all absences in the study population and were associated with the largest academic gaps,” he said.

“Vacations during the school term were generally not associated with student achievement, but we found that children with unexplained absences had a greater risk of falling behind.”

Dr Hancock said the group most affected by absences was high-achieving students, whereas the estimated effects of absence on achievement were considerably lower for low-achieving students – raising questions about what students were missing out on when they were away from school.

“It’s an important discovery that high-achieving students are the ones most affected by absences, and this includes legitimate absences, like illness,” Dr Hancock said.

“Attendance policies often focus on disadvantaged students, and these findings show that attending school is important for all students. But we also need to know why low- achieving students are not falling further behind when they’re absent.”

Dr Hancock said the next step was translating the research findings into practical solutions for schools and students.

“Although findings are still being disseminated, this research has led to us working with student support services to look at ways schools can unexplained absences,” Dr Hancock said.

In other outcomes, the Life Course Centre’s 2018 annual report showed the relative rate of poverty has remained stubbornly unchanged in recent years, hovering at around 10 per cent of Australians living below the poverty line.

Professor Zubrick said about 700,000 Australians lived in entrenched disadvantage (defined as poverty for four or more years), with the Centre’s research showing that generally, as children experienced more disadvantages, they found it much harder to catch up to their more advantaged peers.

Amongst other research, Telethon Kids researchers working through the Centre have examined how combinations of different types of disadvantages contribute to the way children develop language skills over time.

“Our studies have been important for government departments, including those in Western Australia, because of the information they provide on the proportion of families experiencing different types of challenges, and where different policy supports are needed.”

About the Life Course Centre