What began as a small formative research project 20 years ago has grown into a universal bullying prevention and social skills development program which has helped countless Australian children and their families. Now the Friendly Schools project is evolving to meet new challenges.

Friendly Schools, led by Professor Donna Cross and the Telethon Kids Health Promotion and Education Research (HPER) Team, was first developed in 1999 after research revealed a clear need to help and support children who are bullied, as well as their families and teachers.

Focused on understanding bullying, developing and evaluating school strategies to reduce all forms of bullying, and informing national and international policy and practice, the program is now spread across 14 large empirical trials.

In 2005, significant interest from schools led to resources developed by the program being commercialised and disseminated, with training and support, to schools Australia-wide. It’s estimated more than 3,000 Australian schools have used the resources to improve their school policies and practices and the wellbeing of their students.

The resources have also been taken up by schools in the United States, Singapore and New Zealand, with Scandinavia, Canada and the United Kingdom investigating whether it would transfer to their schools as well.

In their 20th year of Friendly Schools’s research, the research team are focusing on the needs of sub-populations of more vulnerable children and young people. The increasing prevalence of digital technology use by children is also shaping ongoing research efforts.

Professor Cross said that as digital technology had evolved, so too had Friendly Schools.

“We’re increasingly working to meet the needs of schools and parents in managing children’s safer use of digital technology, in ways that improve their development and learning opportunities, and reduce harmful outcomes, including cyber bullying,” Professor Cross said.

Professor Cross said that despite growing research investigating children’s use of technology and the internet, and the consequences of this increased engagement, little research had been conducted with parents to determine their needs or effective ways of enabling them to guide their children’s digital behaviour.

“Likewise, many school staff lack the confidence and skills to teach and foster safer digital technology use by their students, and schools have indicated they need support in this regard,” she said.

However, she said if previous results were anything to go by, the Friendly Schools research would continue to make a positive difference in the lives of children and their families for many years to come.

“When this project began in 1999, we never envisaged that our work would have the impact it has had on school policy and practice and children’s social development not only across Australia, but internationally.”

“This is due to the important work being conducted by the Friendly Schools staff here at Telethon Kids, without whose passion, skills and willingness to build a better life for children, many of these results would not have been achieved." 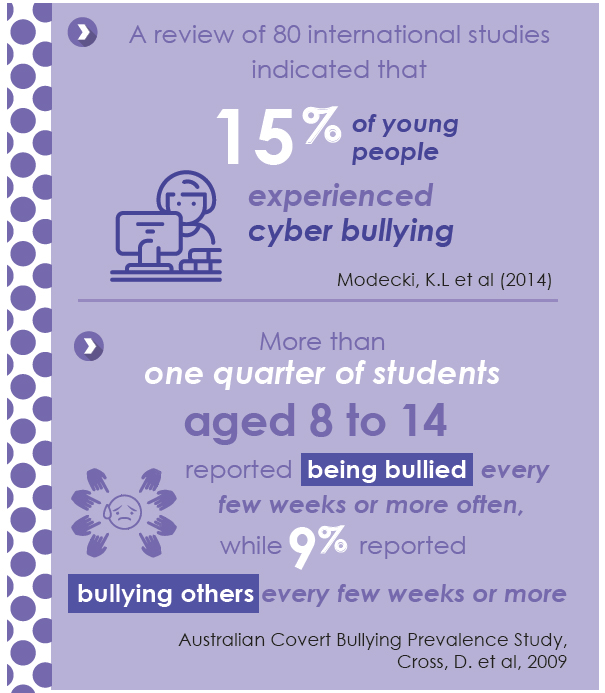