Energy drinks not OK for kids 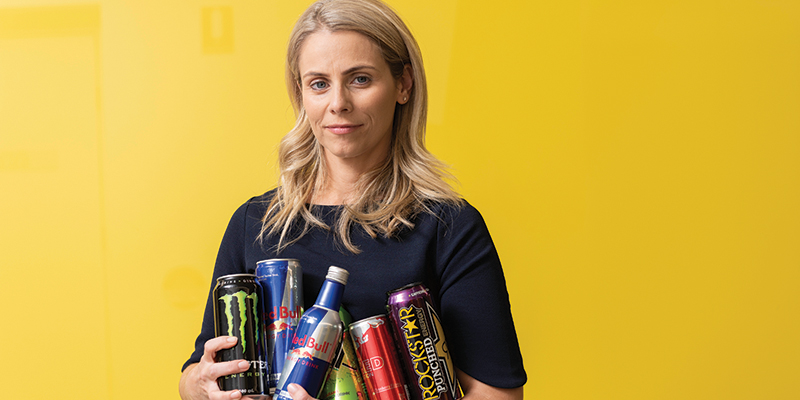 In the largest study of its type in Australia, Telethon Kids Institute researchers have found more than half of young people who consumed energy drinks suffered negative health effects – leading the Institute to call for a ban on sales of the products to children under the age of 18.

Preliminary findings showed more than 50 per cent of those surveyed had tried an energy drink, with 55.4 per cent of that group reporting they had experienced adverse outcomes – some serious enough to require medical assistance.

The findings were included in a Telethon Kids submission to the State Government’s Select Committee on Personal Choice and Community Safety in October 2018.

“We are advocating for a ban on the sale of energy drinks to children under 18 years of age due to negative impacts they can have on health,” Dr Trapp said.

“Children and parents are largely unaware of these health risks, despite packaging stating the drinks are not recommended for consumption for children."

“They provide a potent source of caffeine and can contain high levels of sugar, sodium and herbal stimulants.”

Dr Trapp said the growth in popularity of these drinks was concerning, with annual sales in Australia increasing more than 600 per cent between 2001 and 2012.

Other peak health bodies, such as the Australian Dental Association and Australian Obesity Policy Coalition, support a ban.

Existing research shows energy drinks have been connected to cardiovascular and neurological issues such as seizures, psychosis and cardiac arrest.

There is also evidence linking energy drink consumption in children and young people to substance use and a range of behavioural problems.

“Although labels are legally required to carry warnings and other information, they’re not easily seen or understood,” she said.

Serving sizes were also a problem, with 320mg per litre the maximum amount of caffeine permitted — unless the product was called a ‘dietary supplement’.

“Labels must also state the maximum recommended daily amount is 500ml per day, however energy drinks are available in sizes larger than this,” Dr Trapp said.

Data from the Australian Poisons Information Centre shows a five-fold increase in calls regarding energy drinks, with the most common symptoms palpitations, agitation, dizziness and gastro- intestinal upset, and at least 128 people requiring hospitalisation.

An initial focus group, which led to the state-wide survey, found adolescents consumed energy drinks to conform with peers and to stay awake and play video games, complete assignments or play sport.

Full findings from the study will be published later this year.