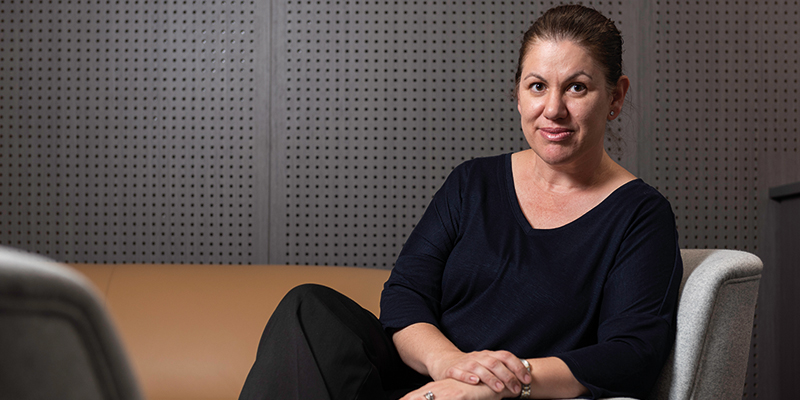 Telethon Kids Institute research which revealed Aboriginal children are 10 times more likely than non-Aboriginal children to be placed in out-of- home care has focused attention on child protection practices, and is feeding a push to improve support for Western Australian families at risk of losing their children.

The work, led by award-winning child abuse and neglect researcher Dr Melissa O’Donnell, confirmed what members of the Aboriginal community had long suspected: that Aboriginal children, including babies, are now more likely than ever to be removed from their families.

Their plea attracted widespread media attention and was followed by a slew of requests from those working with affected families, who were keen to use the research findings as part of efforts to improve child protection practices.

“What people were telling us was the numbers seemed to be rising, but they didn’t have the data to prove it,” Dr O’Donnell said.

“This research has acknowledged that yes, this is happening, and has opened the way to ask questions about what the government is going to do to address this and reduce the number of removals, and how can we find some solutions.”

Since the paper’s publication in the journal Child Abuse & Neglect in February, the researchers have been asked to meet with

the State Child Protection Minister to discuss the findings, and Dr O’Donnell has been invited to discuss the results at
a meeting in the UK in September, which will focus on international rates of infant removal.

The researchers have also agreed to hold focus groups for various support services, agencies and lawyers, and the findings have been used as part of a legal symposium discussing the lack of legal representation for families facing the removal of children via court order.

“The fact that many families don’t have legal representation and are therefore unable to contest allegations when orders are sought in the Children’s Court, for example, is a real indictment on the system,” Dr O’Donnell said.

“It’s especially concerning given the growing number of ‘until 18’ orders that are now being sought for babies removed at birth, meaning those families can never get their child back.”

Dr O’Donnell said the issues surrounding child protection were complex, but the strong response to the research showed there was a growing appetite for change.

“Ever since we released the paper everyone wants to talk to us – it’s just taken on a life of its own,” she said.  “It feels like there’s a lot of momentum, partly as a result of the Coroner’s report into the suicides of 13 young people in the Kimberley, many of whom were involved with child protection.

“There’s more and more concern about how our child protection processes support children who are removed, as well as how well we support those families to address the underlying issues that may be putting children at risk.”

Dr O’Donnell said the evidence base that might illuminate these and related issues, including the child protection processes that may disadvantage families from seeking natural justice, was currently inadequate. However, her upcoming research, including a review of the Children’s Court’s case files for infant removals, and a potential review of national child protection data around removals, aimed to remedy this.

“What we’re trying to do is highlight the systemic issues that are resulting in this rise in babies being taken from their families. Hopefully we can bring all that information together to then start pushing further for the changes that need to happen.”

This work was funded by the Australian Research Council and undertaken with the cooperation of the Western Australian Government Departments of Health, Communities, Education, and Justice.

The researchers reviewed child protection data from the Australian Institute of Health and Welfare (AIHW) from 2012-2016 along with linked data from Western Australian government departments. The resulting study, published in the journal Child Abuse & Neglect, found: