Sarah Meager's bubbly and active 18-month old daughter Isla had been unwell and suffering a high fever for two days when she began to worry that something was seriously wrong.

Sarah followed her doctor's advice to monitor Isla and treat for a virus but by the third day she was getting worse; leg movement seemed increasingly painful when her nappy was changed, she stopped eating and her breathing was shallow.

"I checked the magnet on the fridge for the symptoms of meningococcal disease and then researched bowel blockages - anything I could think of because I knew this was something more than a cold, flu or gastro," said Sarah.

Sarah followed her gut instinct and took Isla to the emergency department, where blood tests quickly picked up that Isla was suffering from a serious infection. After three ultrasounds and a CT scan, a collection of fluid was found in Isla's right femur so surgery was scheduled to clean out the infection later that night.

Fast asleep waiting for Isla's surgery to finish, Sarah got the shock of her life when she was woken up and told to prepare for the worst as she was shown through to the hospital's Paediatric Intensive Care Unit.

"Isla was barely recognisable; her body and face was swollen from all the fluids being pumped into her, she was intubated and there were so many machines attached to her little body," said Sarah.

"I just couldn't take in what they were telling me, I was in complete shock that my baby was barely clinging to life and no one could tell me if she was going to survive or not.  I thought she was going to die." 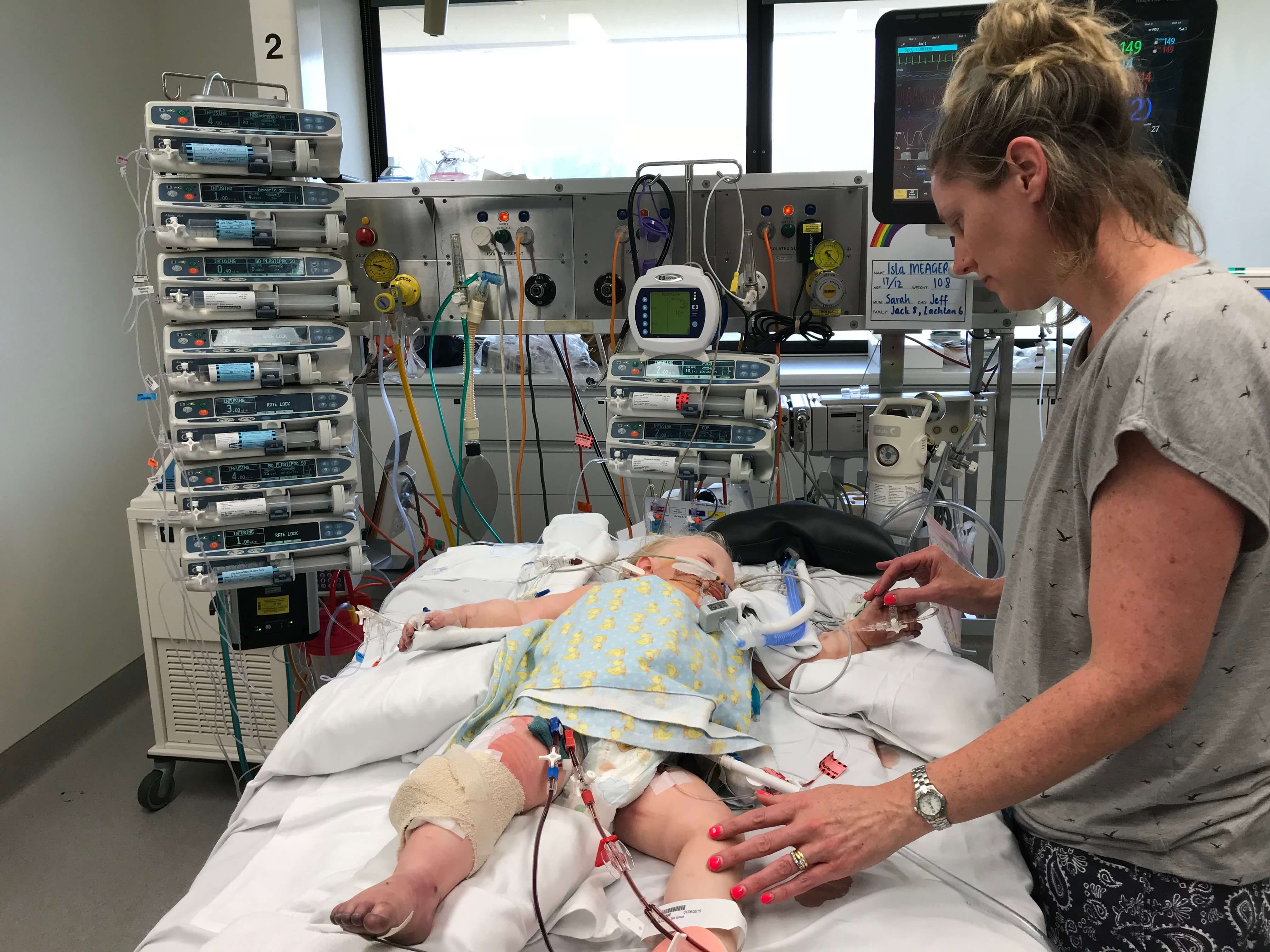 The following morning doctors discovered Isla had invasive Streptococcus A disease, and the infection was rapidly spreading through her tiny body, leaving the toddler fighting for life.

Commonly found in the throat or in the skin, Streptococcus A bacteria often causes sore throats and skin infections, yet severe, life-threatening invasive disease can occur when the bacteria affects the body's blood stream, muscles or lungs. Children and the elderly are most at risk, and the flesh-eating bacteria quickly spreads throughout the body, killing the soft tissues below the skin in the hands and feet and causing multi-organ failure.

Isla's kidneys and liver had begun to shut down and her fingers, toes and heels of her feet all turned black. The little fighter spent seven days under sedation before she began to make a recovery, and over the following weeks, her family waited anxiously to see if she was going to lose her hands and feet.

"We were very lucky - Isla lost the tips of fingers and toes and has had surgery to remove the damaged tissue on her right heel, but we know the outcome could have been far worse," said Sarah. 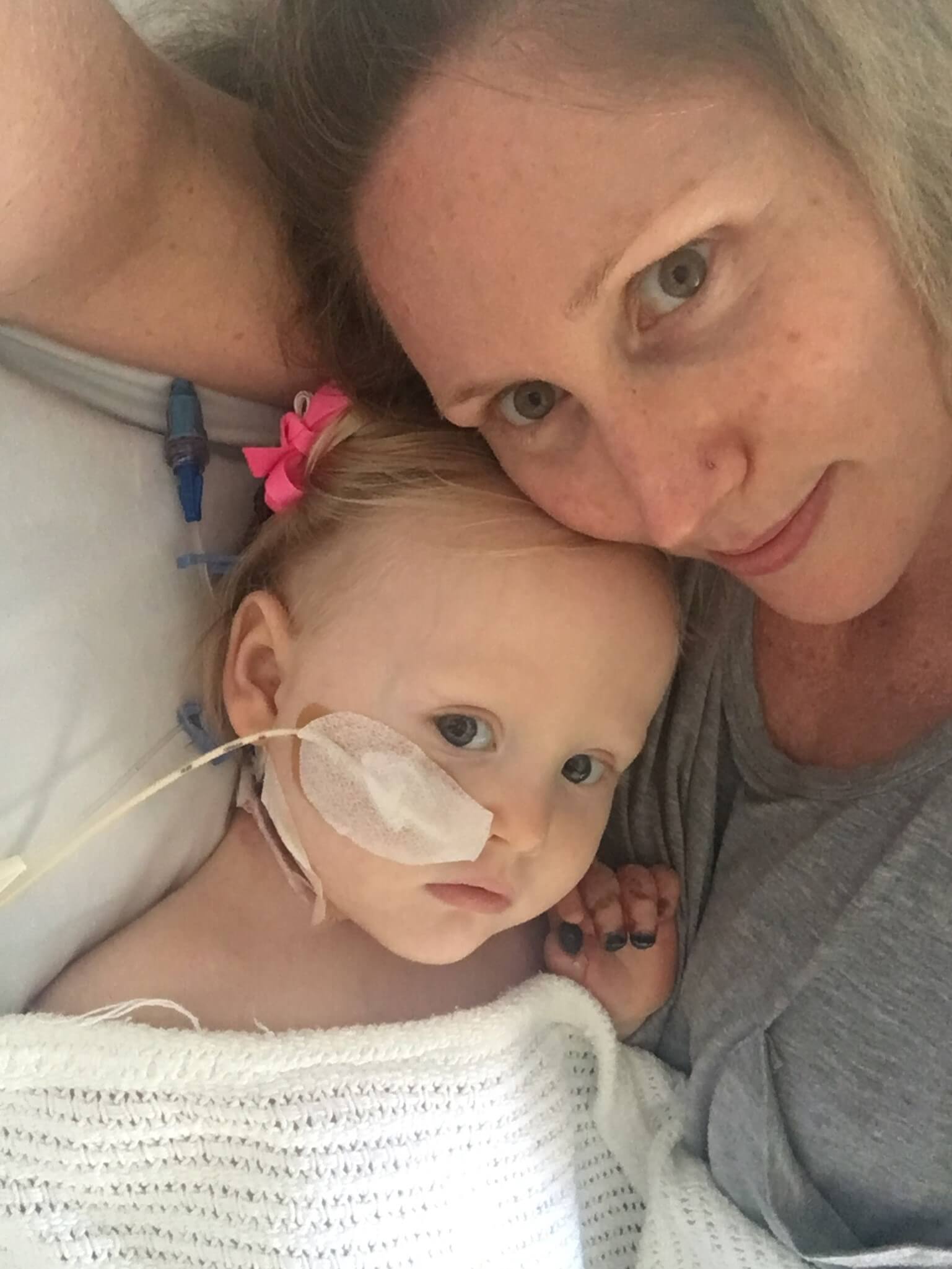 Isla suffered another setback not long after returning home from hospital, breaking the leg weakened by the infection while playing with her brothers on the grass. She spent another week in hospital with her leg in traction, and a further five weeks in a leg splint while the break healed.

"Isla is our little warrior, she has been through so much and she hasn't let it bother her. She is incredible and has coped amazing well," said Sarah.

Currently in her second year of studying nursing, Sarah is now considering a post-graduate degree in medicine so that she can help other children and families affected by diseases like invasive Strep A.

"I had never heard of invasive Streptococcus A disease before, and I was shocked to hear that it is actually three times more common than meningococcal disease and just as deadly yet there is no vaccine to protect against it," said Sarah.

With the number of cases of invasive Streptococcus A disease currently on the rise around Australia, the development of a vaccine is more important than ever. The bacteria is also responsible for a range of life-threatening diseases such as rheumatic heart disease and toxic shock syndrome, making it one of the top five killers in the world.

"A vaccine to protect against Streptococcus A disease would be wonderful – anything to prevent other families from having to go through what we have been through and preventing other children suffering as Isla has done," said Sarah.