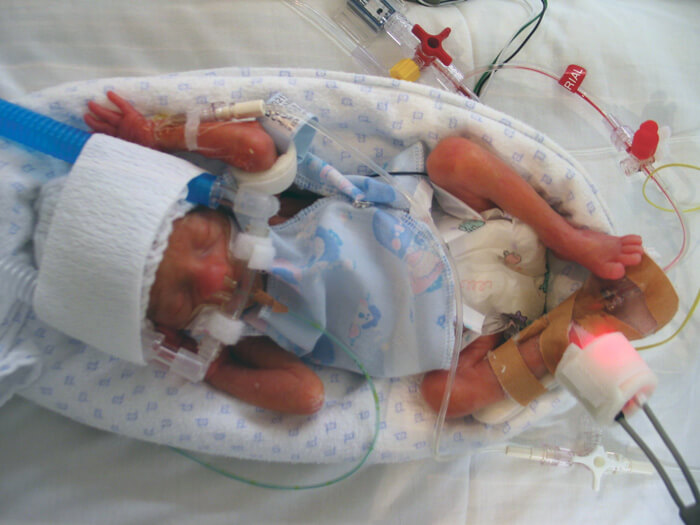 When Samuel and James Considine were born in October 2003, perilously close to what the medical world describes as the limit of viability, each weighed just 700 grams and could fit into the palm of their father’s hand.

Born at 24 weeks’ gestation, the Perth twins would spend the next three months at King Edward Memorial Hospital, hooked up to machines that did their breathing for them, fighting off infections, undergoing tests, and swinging in and out of surgery to address complications arising from their prematurity.

“It was very touch and go,” father John Considine said. “I was told at the time most hospitals in the world won’t even try at less than 26 weeks. It was confronting.”

Their first few years were similarly fraught, with respiratory viruses and chest infections repeatedly landing one or other of the boys in hospital and, on one memorable occasion, resulting in a dash to Perth aboard a Royal Flying Doctors flight.

“For the first three years there were about eight hospitalisations between them,” John said. “There were lots of respiratory viruses, and they were on asthma medication for their breathing until they were aged about six or seven years.”

In 2011, when the boys were aged eight, they were invited to be part of a study into the long-term lung function of premature babies, led by Telethon Kids Institute lung health researcher, Dr Shannon Simpson.

The study, published in March in The Lancet Child & Adolescent Health, spent almost a decade following the progress of 200 babies born at less than 32 weeks’ gestation, along with 67 controls born at full term. Study participants had an average gestation of 28 weeks and average birth weight of 975 grams, with the earliest baby born just at 22 weeks.

The biggest study of its kind since significant improvements in neonatal critical care during the 1990s drastically improved the chances of survival for preterm babies, it found that survivors of very preterm birth are at risk of declining lung function as they get older – rather than growing out of any lung problems as previously believed.

“What we found is that over time, those kids born at less than 32 weeks’ gestation are showing some level of decline in their lung function as a group, compared to the term-born controls – so their lung health gets worse as they get older,” Dr Simpson said.

Dr Simpson said the findings contradicted the long-held belief that any lung issues experienced by preterm babies in infancy would resolve over time. “Previously, it was thought that when you are born preterm you experience something called ‘catch- up growth’ – which means that by the time you start school your lungs are the same as a child who was born at term – and that any lung damage that you did have was the consequence of life-saving treatments administered in the neonatal intensive care unit (NICU),” she said.

“However our data suggests there may be some sort of active process going on in some children that would lead them to having these declines through life.”

Dr Simpson said it was important to note that not all the preterm children studied showed declining lung function.

“Some of these kids have no respiratory symptoms and have gone on to become athletes or play rugby, but others are really sick,” she said. “We just don’t know yet how to tell which babies are going to have problems and which ones aren’t.”

James and Samuel are among the luckier ones, with John feeling that at this stage, the twins have bucked the trend identified in the study. 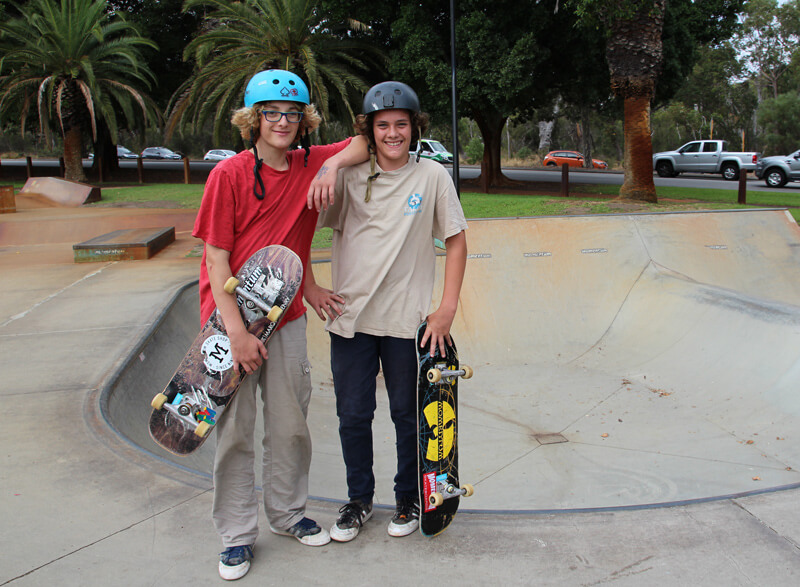 He’s been sure to encourage a sense of adventure in the boys, who are now 14, and they lead active lives pursuing sports including skateboarding, surfing, free-diving and rock- climbing.

“I have been very mindful of their medical conditions and their limitations, but 99 per cent of the time it hasn’t stopped them from being able to do things,” John said. “I’ve made sure to get them involved in exercise, making sure they’re fit and healthy.

“There’s certainly been a degree of anxiety, especially early on, but I can’t remember when they last had asthma medication and at this stage I can’t see any indication that their lung function is declining.

“I think they’ll be alright.”

John said the boys had been thrilled to be part of the study and to contribute to research which could help other children like them.

“The thing I hoped for in being involved in the study was the boys would get a better sense of the things that have afflicted them,” he said. “If there was an outcome that meant I could get a bit more of a sense of what was going to happen to them over time, that’d be great.

“But whatever we can do to contribute to that body of knowledge and to help other children, we’re very happy to do.

“Were it not for the research, children like this wouldn’t survive. If we didn’t find ways of keeping them alive and then mitigating the effects on their health of things like intubation, then they would either die or lead pretty miserable lives. We’ve come a long way in terms of how to manage babies born this early.”

Jan and David Lord have been supporting the premmie babies research of Dr Shannon Simpson.

Related: Lung Study Helps History-Making Generation Get A Handle On Their Health