Type 1 diabetes is exhausting and unrelenting. It can be life threatening and there is never a break from it. It is affected by every mouthful of food and exercise — even sleeping, stress, fatigue, puberty and illness can affect blood glucose levels. The burden on patients and their families is enormous and extremely stressful.

The Children's Diabetes Centre, based at Telethon Kids Institute, is doing extensive research on how technology can be used to treat type 1 diabetes and reduce its burden. 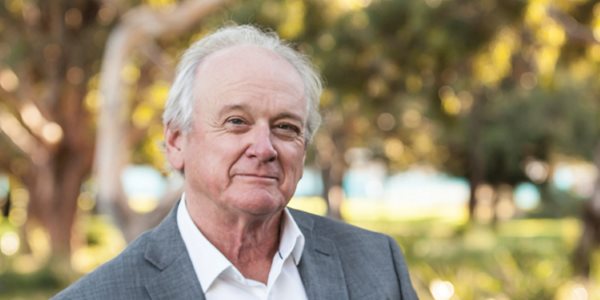 Professor Tim Jones, co- director of the Children's Diabetes Centre and paediatric endocrinologist at Perth Children's Hospital, said the Hybrid Closed-Loop Outpatient Trial – for which he is chief investigator – involved participants testing an automated insulin delivery system to see if it was better at optimising blood glucose levels than standard insulin therapy.

"The system automatically controls blood glucose levels and delivers the required insulin and by doing so, keeps patients safer as it prevents their blood sugar levels from going too high or too low," Professor Jones said.

"It's a bit like the development of a self-driving car – without the system you have to check your own blood glucose levels, so it's something you have to spend every part of your day thinking about. The object of the hybrid closed loop is to take some of that thinking away."

Professor Jones said feedback from those involved in the trial had been positive.

"Families are reporting less stress and that it's a lot easier on them," he said. "The participants like the system and don't want to give it back so that's also telling.

"The preliminary reports are that blood glucose levels are being controlled much better and that people with diabetes are having to work less hard to control their diabetes.

"If patients get better control of their diabetes, cardiovascular, eye and kidney complications in later life will be reduced.

"One major outcome of this research will be a reduced rate of those complications so that children grow up to be healthy adults. Life expectancy will be extended if you reduce the complications — it's as simple as that."

Professor Jones hoped the system could be made available to patients as early as next year.

"We are feeling very positive that the hybrid closed loop system is making a difference," he said.

"We ultimately hope this will be another step forward to making the lives of people with type 1 diabetes a lot easier and produce better outcomes — better blood glucose levels, fewer complications and lift the burden of diabetes."

This research is funded by the Type 1 Diabetes Clinical Research Network, an innovative clinical research program led by JDRF Australia and funded by a Special Research Initiative through the Australian Research Council.

"The next stage with all technology is further improvements and iterations to make the system better, and ultimately we want to have a system we give to people that controls their diabetes automatically without them having to put as much effort and care into it." – Professor Tim Jones