Decades of bullying research pays off

Dedicated to making all students feel safe at school, Professor Donna Cross and her team at the Telethon Kids Institute have challenged and overturned damaging attitudes that saw bullying tolerated as a normal part of childhood and allowed the significant harm to go unnoticed.

Drawing on evidence gained in 11 trials involving 30,000 students, the Health Promotion and Education Research team developed and made available worldwide a valuable whole-school approach to bullying prevention that is now recognised internationally as a comprehensive, evidence-based framework that can reduce bullying behaviour.

In doing so, they have triggered changes in schools around the globe, aided in the rewriting of policies from the classroom level to the heads of government, and led researchers in the field.

Their search for a better way forward began 20 years ago, prompting the team to design, trial and continue fine tuning its Friendly Schools Plus program – the first effective anti-bullying initiative for schools developed through extensive research with Australian children and adolescents. 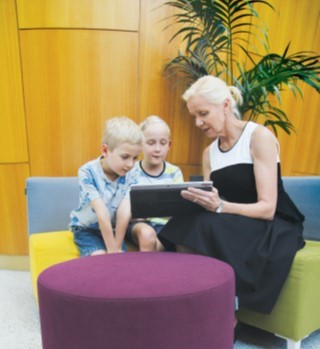 Shown to work in both primary and high schools and requiring the co-operation of parents, teachers and students, Friendly Schools Plus provides proven strategies not only for those being bullied or cyberbullied, but for bystanders and the students who are doing the bullying as well.

With a central goal of bringing the entire school community together in order to create and maintain a friendly and safe school culture, the initiative is based on extensive research carried out by Professor Cross and her Telethon Kids research team, the Child Health Promotion Research Centre at Edith Cowan University, and Curtin University.

The program provides a ‘Map the Gap’ audit tool to identify school strengths and needs and ensures students are surveyed for their input. Its strategies aim to enhance social skills and conflict resolution skills; boost resilience and empathy; increase understanding and awareness of bullying; improve communication about bullying; foster adaptive responses to bullying; encourage peer and adult support for students who are bullied; and promote peer and adult discouragement of bullying behaviour.

The program resource package, which is regularly updated to include the latest findings and is designed to align with both the Australian Curriculum and the National Safe Schools Framework, is being used across Australia as well as in Singapore, USA, New Zealand and the UK.

Professor Cross and her team work closely with Hawker Brown Education on the production and distribution of the resource package as a means of ensuring high quality translationof their research work and to provide a vehicle to shift attitudes around the tolerance of bullying.

“Our Friendly Schools Plus program has been used in 3000 Australian schools,” Professor Cross said, “and key elements of it, and the whole-school approach that we promote, are being used by most schools in Australia.

“It was our research that contributed to the Federal Government developing the National Safe Schools Framework, which is the policy document that guides school responses toproviding a safe and healthy environment for children.

“We have also been given the great privilege and opportunity to talk to almost every education system and sector in the country to support their policy advice; and we constantly have individual schools asking us to read and update their policies and provide advice on their wellbeing practices based on our study findings.” 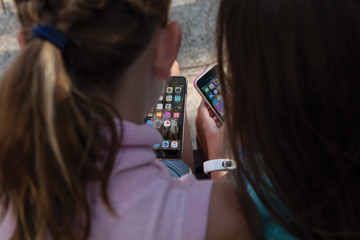 Professor Cross said addressing bullying effectively in schools had been shown to be complex, taking consistent commitment and effort by school staff to promote positive social behaviour, prevent bullying and protect students.
That was why the Friendly Schools Plus program needed to be so comprehensive – schools had to ‘bite it off seriously’ to make a difference, she said.

She warned that ‘cherry-picking’ the program would not get results, which was why her team continued to work so hard to maintain the integrity of Friendly Schools Plus.

“In translating our findings, we determined, along with other bullying prevention researchers, that small ‘doses’ of an intervention can make things worse,” Professor Cross said.

“Some research even suggests that if schools only help a few of the students who are being bullied – but don’t effectively stop the bullying behaviour of the perpetrators –their efforts can increase the intensity of the bullying on those who are still being victimised.

“It’s a bit like taking medicine: you need to take the right medicine and in the right dose to get the right effect. If you under-deliver the right dose, then it is likely the program will not be effective, and may even lead to negative outcomes.

“But this work also requires a change in thinking about bullying. We still have much to do to help people to see that bullying is also a health problem, not just a behavioural problem; and that the child who is doing the bullying doesn’t just need consequences, he or she also needs understanding and help to learn how to change their behaviour, because they are also on a trajectory that could lead to poor future outcomes. They may be more likely to be involved in domestic violence, criminal activity or a broken marriage because of the nature of how that behaviour has evolved.”

In the late 1990s, when she was busy researching student attitudes to smoking, road safety, nutrition and physical activity, it was feedback from schools that drove Professor Cross to focus efforts on investigating bullying.

“The schools we were working with back then strongly encouraged us to address the perceived negative peer pressure and bullying that was driving these other poor health behaviours,” she said.

“For me the 'lightbulb moment' was the realisation that young people often did not have a literacy around how to deal with bullying.  It was just ‘Suck it up and get on with it'.

“Consequently in 1999 we led a comprehensive and systematic review. And we identified for the first time what were the best evidence-based practices known to help schools reduce bullying. We compiled a set of best practice principles, organised within a health promoting schools model, and validated these with all the leading experts around the world.

“We were then fortunate to receive funding to use these practices in a large longitudinal trial targeting 10-year-olds, which is the age group that experiences the most bullying."

The Friendly Schools Project was evaluated by following 2000 students, their teachers and parents across Years 4-6 from 2000 to 2002, and was found to be effective in reducing self-reported bullying victimisation.

“We had an effect but we thought we could do better,” said Professor Cross. “So we led other studies involving a wider range of age groups and more actively engaged with parentsby helping them to understand ways they could support their children if they were being targeted, were bystanders or were being perpetrators.

“In total, we have completed 11 large trials and many otherformative studies and when we have significant research findings for policy or practice we use our vehicle – the Friendly Schools Plus program resource package – to carry those updated messages to parents, schools and young people directly.”

Professor Cross said that while these social and emotionallearning activities and anti-bullying strategies were now very much in demand, when starting out the research team had constantly come up against the attitude that bullying did not hurt children and helped toughen them up and prepare them for life.

“So our message at first was a hard sell – the message that bullying causes a lot of immediate harm to the target, the perpetrator and the bystanders.

“Also we needed to help the community realise that there is significant long term harm, including biological changes. Severe social difficulties can impact on our stress response and even alter gene expression in some individuals, which can contribute to long term physical and mental health problems.

“Then with the rise in cyberbullying, parents and other adults could often directly see for themselves the nature of bullying sent online through words, images and videos, and I think this insight made the potential effects of bullying on young people seem much more real.”

While great progress has been made, our researchers know there is still much work to be done.

“It’s heartbreaking that I still regularly receive messages from parents telling me about the difficulties they are having helping their children who are experiencing bullying at school, and who do not feel sufficiently skilled to address bullying,” said Professor Cross.