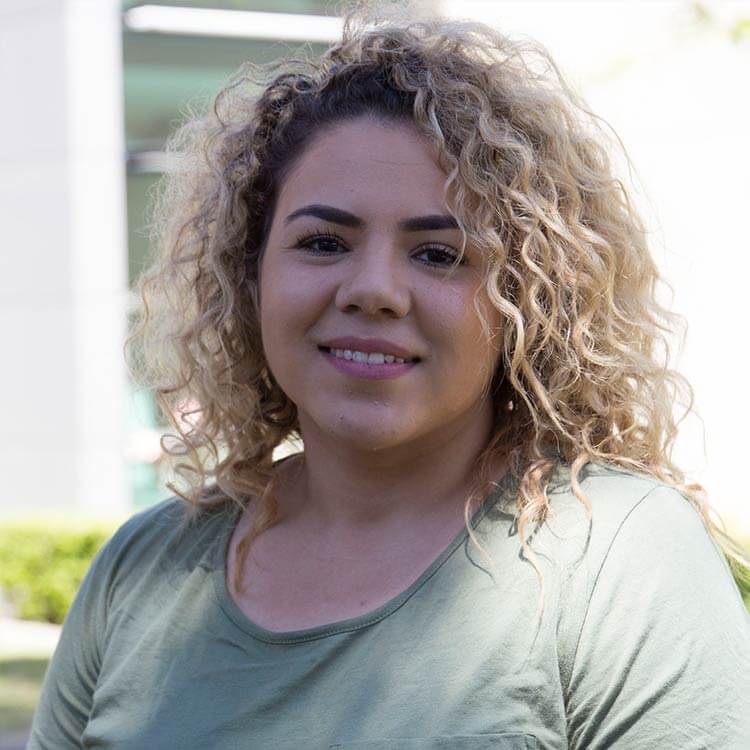 Tiana Culbong's career goal has always been to help her community.

The daughter of Aboriginal activists, Tiana developed a passion and drive for improving the health and well-being of Aboriginal people early on in her life.

"I've always known I would work for my community, it was just a matter of deciding on where and how that journey would begin," says Tiana.

"My life experiences have lead me to this career path. The injustices I have seen or experienced myself as an Aboriginal person have made me want  to work harder for my community."

Tiana began her career as a case worker, helping Aboriginal young people in the care of the State.

She then joined the WA Youth and Wellbeing Alliance, convened by the Telethon Kids Institute, to be a voice for Aboriginal young people and to ensure they were involved in the program.

Today she juggles her university studies with a part time research role at theKulunga Aboriginal Research Development Unit (KARDU) at the Telethon Kids Institute, where she focusses on youth health and well-being.

"I feel humbled for the nomination, though I don't seek recognition. I study and work for the advancement of my community, that's the real prize," says Tiana.

Through her research, Tiana hopes to help reduce the high rates of suicide, reduce drug and alcohol dependency and address identity issues in her community.

"These problems continue to plague Aboriginal people because the cycle of initial destruction has never been completely addressed as a whole," says Tiana.

"I would like to see Aboriginal youth free from the everyday burdens they face today, free to choose their own paths, free to feel safe in their community."

"Tiana's enthusiasm to make a difference in her community is to be admired," says Mr Pearson. "And the Telethon Kids Institute is very lucky to have her on the team."

"Her skills and experience, particularly in the youth space, are truly invaluable and will help us investigate ways to better support young people."

"Trying to 'fix' one aspect of a cycle of issues will not provide lasting outcomes, or effect change on a grand scale. I am an advocate for all issues faced by my community, there are no limitations," Tiana said.

"I hope to make a positive impact, I'm at the very beginning of that journey so I'm not sure what that looks like yet but I know there is plenty of work still to be completed."