The Telethon Kids Institute is playing a crucial role in showing how mental health services should be overhauled to ensure they are tailor-made to meet the pressing needs of a new generation of kids.

Kids who live with their smart phone in their pocket are constantly connected to the internet and surrounded by concerns about climate change and global unrest.

A surprising unexpected shifting emphasis was detected in the landmark 2nd Australian Child and Adolescent Survey of Mental Health and Wellbeing recently conducted for the Australian Government by the Institute, in partnership with Roy Morgan Research and the University of WA.

The biggest and most comprehensive ever, analysis of the results from 6300 households across the country revealed that while the overall prevalence of mental health problems in those aged 4 to 17 had remained stable at 14 per cent over that past 15 years, what had changed was the “mix” of disorders. The types and the gender and age at which young people were most commonly experiencing them were now different.

A snapshot if findings from the Young Minds Matter survey. More info can be found here: telethonkids.org.au/news-events/news-feed/2015/august/landmark-youth-mental-health-survey-released/

And for the first time, this recent Young Minds Matter survey managed to capture the voice of Australia’s youth, inviting them to answer, in private via a tablet computer device, questions on their own needs and how they seek help.

Around 90 per cent of those aged 11 to 17 took up this opportunity. And based on the information young people themselves supplied, the prevalence of major depressive disorder was nearly double that indicated in parent-reported information.

High rates of self-harm and suicidal behaviour in adolescent girls were also revealed.

“What we are hoping is that these results from this 2013-14 survey will now be used to continue to reform the mental health delivery for children and families across Australia, to ensure the development and targeting of services to those who need it most,” said the study’s chief investigator, Associate Professor David Lawrence from the Telethon Kids Institute. 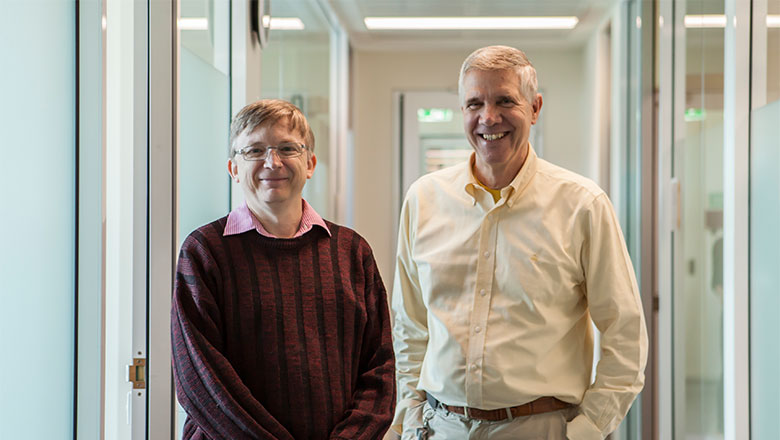 “It certainly is an issue that needs to be taken very seriously. A significant number of young people are obviously experiencing a level of distress in their life that is having an impact on their functioning and impacting on their families as well.”

Joint chief investigator Professor Stephen Zubrick said the Institute had been surprised by the mix of disorders changing and what was driving this now needed to be explored.

“That is why it is very important to do this type of work,” he said. “We had no particular theory that would suggest it would change.

“And now we need to tailor our clinical, school and community services to make sure we have the skills in our teachers, in our clinicians and with young people themselves to address those kind of mental health problems.”

Telethon Kids Institute involvement began 18 years ago, when Australia became the first country in the world to undertake a national survey of child and adolescent mental health and a plan was established for future snapshots. Embarking on this new area of research required the Institute to further develop effective measurement techniques to allow reliable exposure of emerging issues.

That initial 1998 survey exposed significant unmet needs, which then triggered substantial growth in mental health services specifically designed for children and adolescents. This included the establishment of headspace, Kids Helpline, KidsMatter and school social and mental wellbeing policies. Medicare’s Better Access program for psychological and psychiatric support and counselling was also rolled out.

“When the first survey was conducted in 1998, we found only one of four kids who had a significant mental health problem had received any form of help in the six months prior to the survey, so that was instrumental in triggering a range of changes,” said Associate Professor Lawrence.

“Those new services have certainly come through for kids. What we found in the recent survey is that a higher proportion of kids with a mental health problem are now receiving help.

Professor Zubrick said insights on needs provided by the two surveys were invaluable.

“We can’t really rely on clinic data, because there is only a subset of kids reaching clinical services,” he said. “The value of Young Minds Matter is that it is a random sample of households and it’s a community-based sample. It’s what is actually out there in the suburbs, in the rural areas, what parents are faced with and what they are doing about it.

“And what we have gained is the voice of young people on what it is like to be growing up now.

“It’s just staggering to see the changes. Twenty years ago, nobody had a mobile phone in their pocket. We did not have things like climate change on the agenda. We did not have the kind of global disruption that kids are watching and asking ‘What kind of world am I going to be living in?’

“The other thing is that they know things about their mental health that we cannot know about by simply observing them.

“If a young person is deeply anxious or seriously depressed, we might not know as a parent simply by looking at their behaviour.

“They may be very skilful at concealing it and sometimes kids do not even know that they are suffering from conditions like that.”

The Institute could now say with confidence that the prevalence of mental health disorders was about 14 per cent in Australia’s child and adolescent population, said Professor Zubrick.

“That appears to be a pretty consistent proportion that we as a society are going to have to work with over time,” he said.

Professor Zubrick said the first survey had created an understanding of what the need was and had resulted in a great number of services and quite a major pipeline of funding being put in place.

“This recent survey has allowed us to find out how that pipeline is being used and what has been the impact on young people,” he said.

“And the survey found children and adolescents are certainly using the services that have been created specifically for them.

“Now, I think it is completely fair to ask, now that they are finding their way to youth-based services, ‘Do we have the most effective services and are we delivering what we need to deliver?’.”

Key results of the 2nd survey