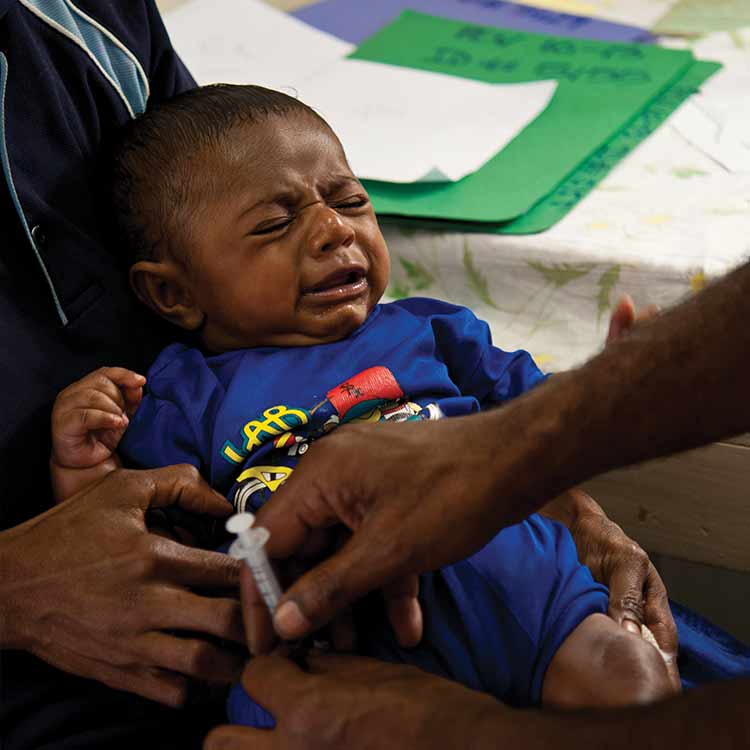 For more than a decade, researchers from the Telethon Kids Institute and Papua New Guinea Institute of Medical Research (PNGIMR) have been working together in the fight against killer infectious diseases.

Papua New Guinea (PNG) has one of the highest child death rates in the Western Pacific Region - one in every 15 children won’t reach their fifth birthday - and many will die from pneumonia. Meningitis is another of the top five killers and for those who do survive, the majority will have ongoing problems like blindness, hearing loss and brain damage.

While these illnesses are quite common in PNG, they aren’t seen too often in Australia due to nationwide vaccination programs. However, immunisations are not yet commonplace in PNG and children still die from these vaccine-preventable infections.

That’s where our collaboration with local researchers in PNG is trying to change things.

The Institute’s Dr Chris Blyth, who is also an infectious disease paediatrician at Princess Margaret Hospital, has been leading a study in Goroka (in PNG’s Eastern Highlands Province) looking at what bacteria and viruses are causing pneumonia. The bacteria Streptococcus pneumoniae and Haemophilus influenzae type B (Hib) are suspected of being the main causes of severe pneumonia and meningitis in kids.

Dr Blyth says the researcher team, which includes the Institute's Dr Peter Richmond, Dr Lea-Ann Kirkham and Associate Professor Deborah Lehmann as well as Dr Willie Pomat from PNGIMR, need to know which bacteria are causing disease before they can find ways of preventing and best treating them.

“Other studies done in the highlands of PNG many years ago, identified Streptococcus pneumoniae and Haemophilus influenzae type B as playing important roles in causing disease,” says Dr Blyth. “We also know that these two bacteria together are estimated to account for two-thirds of the world’s pneumonia and meningitis deaths in children under five.”

“But these local studies were done more than 20 years ago and in that time a lot has changed - new vaccines and treatments are available, lifestyle is different and there are now better techniques to find out which bacteria are causing disease.”

“We also know that antibiotic resistance is increasing in PNG so there is an urgent need to monitor the circulating bacteria and re-assess vaccination programs.”

In 2008, the PNG Government introduced a Hib vaccine and in 2014, a Prevenar13 vaccine program was implemented to protect kids against pneumococcal pneumonia and meningitis.

It was years of research led by the Institute’s Associate Professor Deborah Lehmann which helped inform the government about the best pneumococcal vaccine to use.

Most recently the research team has looked at the safety and immune response of two different pneumococcal vaccines – the 10-valent Synflorix and 13-valent Prevenar vaccines.

“The field work for these pneumococcal conjugate vaccines has now been completed,” says Associate Professor Lehmann, “with some more lab work to be done.”

“Our results so far show that both vaccines give a good immune response with some differences between the two. It’s important to know that both will work in PNG, just in case stocks of the vaccine chosen for PNG (Prevenar13) run out due to world demand.”

Dr Blyth’s study in the Goroka Hospital will keep monitoring pneumococcal and Hib bacteria in the study children allowing researchers to assess the impact of vaccination programs. 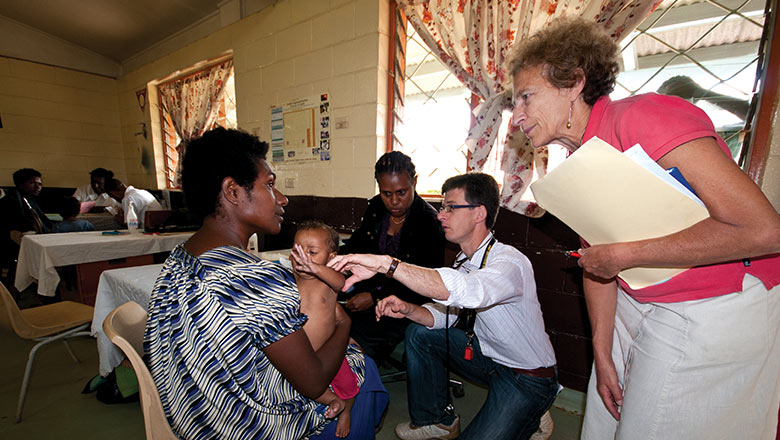 The Bill and Melinda Gates Foundation has now joined the fight, funding the next phase of the research – PneuCAPTIVE.

This study will continue to find out the causes of moderate or severe pneumonia and meningitis as well as the level of vaccine coverage in the community needed to have a herd immunity effect, that is, the minimum level of pneumococcal vaccine uptake needed to protect people who themselves are not vaccinated.

Papua New Guinea is one of three locations for the PneuCAPTIVE study along with Laos and Mongolia.