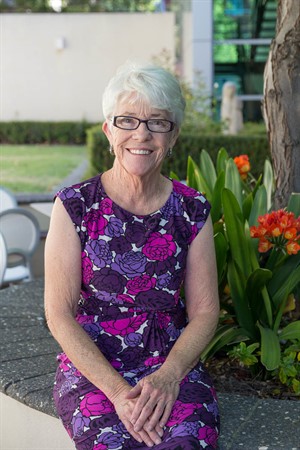 A Perth consumer advocate dedicated to ensuring the voices of health consumers are heard has been recognised with the award of Member of the Order of Australia (AM).

Anne McKenzie, who is a consumer advocate at the Telethon Kids Institute and The University of Western Australia's School of Population Health, received the honour today in the Australia Day Honours list.

"Anne has built the consumer and community participation program at the Institute and UWA to the point where it is clearly the best in Australia and one of the best in the world," Professor Carapetis said.

"Anne's commitment as a consumer advocate is unquestioned and her drive and energy in advocating for and advancing consumer and community participation in health research has led to a cultural shift among academic staff within the School - it has been amazing to witness," said Professor Fisher.

"Involving consumers and the community in research is now regarded as common practice."

"Anne is considered an international expert and 'go to person' for information and advice on involving consumers and community in research and health consumers in Western Australia and beyond have benefited greatly from Anne's commitment over at least the last 20 years."

Anne established the role of Parent Advocate at Princess Margaret Hospital more than 20 years ago, bringing to the role her experiences as a parent of a child with a disability.  In this role, Anne received feedback from parents about their hospital experience to help improve future services.  She also established the complaints policy for both Princess Margaret and King Edward Memorial Hospitals, which became the basis for the state-wide implementation of the Health Department's complaints policy.

In her current role, Anne leads a team that provides advice and support to researchers to allow them to incorporate consumer and community participation into their research projects.  Anne is committed to training researchers, health professionals and consumers and delivers training across Australia on how to involve consumers and the community in health research.  Anne's expertise in consumer advocacy is recognised internationally and she has been invited this year to London and Washington to talk about the consumer and community participation training and program.