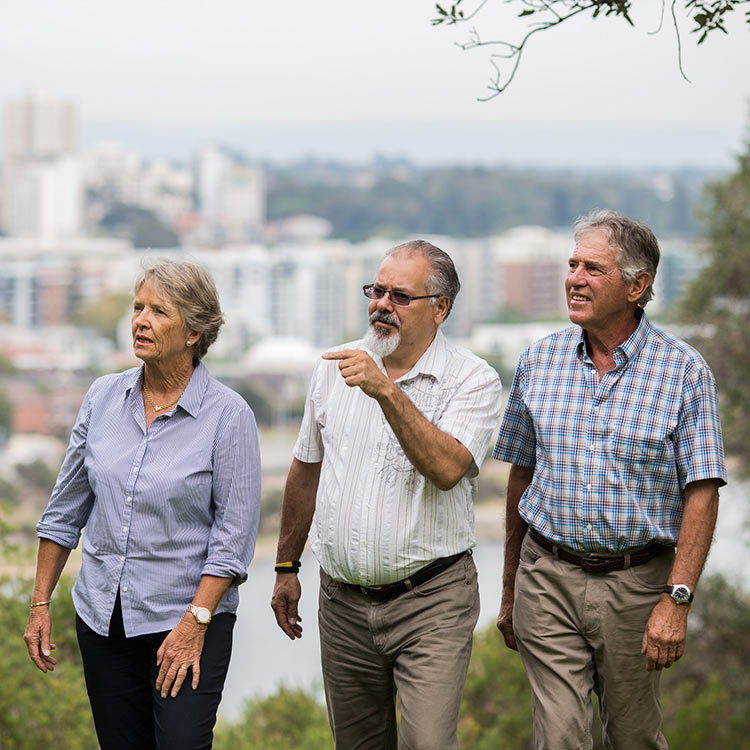 Glenn Pearson's mother was a member of the Stolen Generation who went on to be Australia's first Aboriginal classical ballerina dancing with the WA Ballet. Despite his mum's relative celebrity, Glenn grew up in Cloverdale where his experience was that poverty didn't care for colour. "I grew up with mates who had empty fridges and sometimes ours seemed better off than theirs."

In Glenn's family, there's been loss, illness, even suicide - issues that challenge many in the broader Australian community, but are particularly prevalent among Aboriginal Australians.

So, as Head of Aboriginal Research Development at Telethon Kids, every investigation is deeply personal for Glenn Pearson. He believes every finding brings us closer to identifying the real and whole, Australian story.

"The core of the Institute's research in this space is Big People stuff," he says.  "This is where we mature as a country, when we get together, learn together and put what we can on the table. And then some.  We collectively want to leave things better than we found them. Especially for children. This is why we do what we do."

Glenn is humbled by the support of donors like Anne and Peter Hector who contribute annually to a research fund in support of Aboriginal child health research. Other major contributors include the McCusker Charitable Foundation, Cages Foundation and BHP Billiton.

For many of the Institute's Aboriginal researchers, the issues they investigate are the issues in their own communities and possibly their own families.  It's delicate, exacting work, approached with a sense of partnership, respect and commitment to see the research translated into positive outcomes for Aboriginal children.

"The researchers we have here, both Aboriginal and Wadjella are the cream," says Glenn Pearson. "As an Aboriginal person, when I look at them, thinking about where they can choose to be, they could go anywhere and be successful and yet they're right here. They involve me in their research providing them with direction and encouragement to go into spaces they are sometimes totally unsure of and sometimes scared. But as a black man in this country, and as a Noongar, I'm just completely touched - right from my middle out  - that they chose this path. That they stood up when they were needed. That they grabbed our hands and said 'Let's make it better; let's do it!'

Funding is vital to the Institute's ongoing work, and Glenn maintains it is critical to have a reciprocal relationship with donors. "We are truly interested in them. I think our donors have magnificent stories and experiences and they are, in my mind, equally as important as the money they contribute for our research," he says.

He quotes Aboriginal activist Lilla Watson - "If you have come here to help me, you are wasting our time. But if you have come because your liberation is bound up with mine, then let us work together."

Glenn Pearson is unapologetically optimistic about the future of Aboriginal research at Telethon Kids. "These researchers will be tomorrow's leaders in Australia, and they will make a difference in child health. That's a promise."

"My fantasy is being at some international forum and a couple of our researchers get up and make a presentation, and I'm sitting in the back row when the person in front of me says to the other 'Hey, these guys are amazing!' Then they look at the program and the other one says 'Oh, well that makes sense, they're Telethon Kids Institute researchers."