Sign up to learn more about future research opportunities.

Our researchers are always looking for people to take part in a range of real-life research projects.

These projects vary according to research topic, and who can be involved, but one thing that they all have in common – the potential for families like yours to have a huge impact, contributing to research that could change lives around the world.

Submit your details below to be kept in the loop about upcoming opportunities.

The power of research 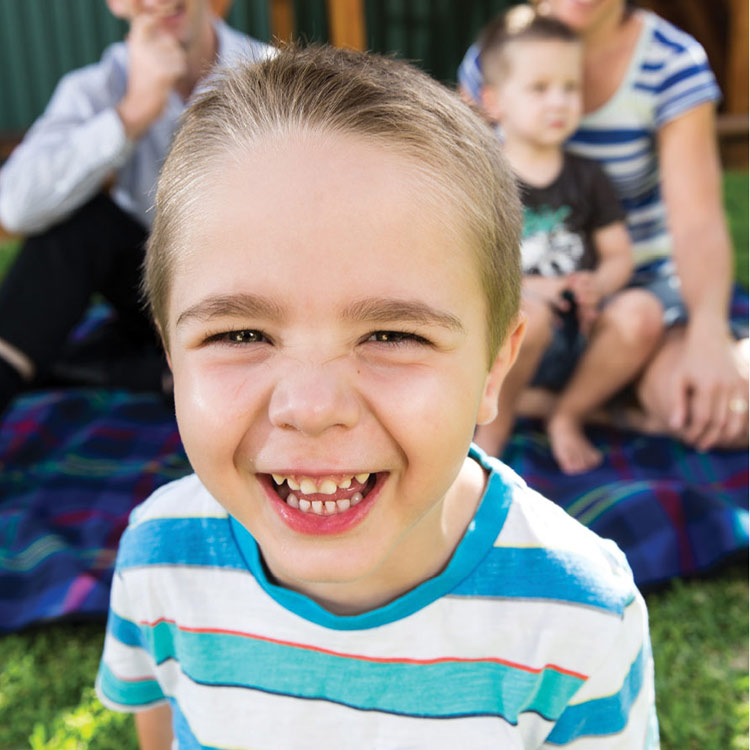 For his parents, research offers the hope that things will get better for their little boy.

His mum, Kate, says that she wants to "think about him growing up and having a great future because of all the scientific changes that are happening, and all the research changes that have just happened."

They're grateful for all those who have participated in research trials that have led to findings that have impacted their son, which is why they chose to take part in a research project at Telethon Kids. David's dad says:

Participating in research has the power to change lives. If you're interested in taking part in future research conducted at Telethon Kids, sign up to be kept in the loop.

Current opportunities to participate in research