In the 1980s, executives from Princess Margaret Hospital and the University of Western Australia were meeting to decide how best to create a viable research unit, one that would help attract the best medicos and professors in child health to WA and one that would translate research findings to help doctors to treat and cure WA's children. 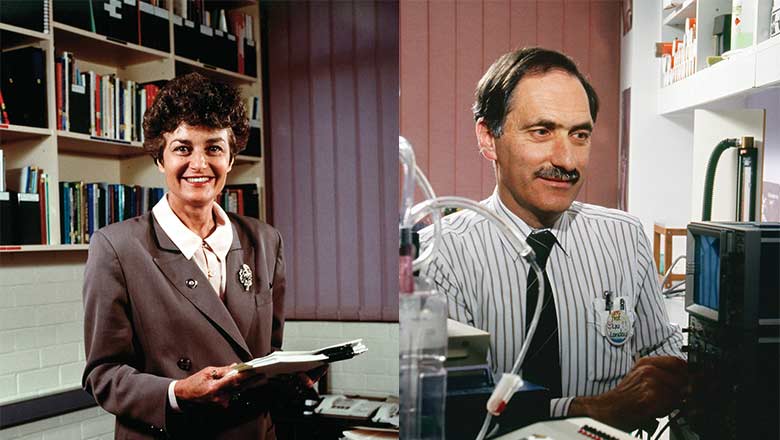 Parallel to these discussions, paediatrician Lou Landau and epidemiologist Fiona Stanley were also envisioning a multidisciplinary institute, one that was home to basic scientists, population scientists, clinical researchers and clinicians seeking to investigate the causes, prevention and management  of childhood disease and disability.

Lou and Fiona found themselves in the right place at the right time and put forward a proposal. With the consent of PMH and UWA a working party was formed, chaired by Lou, to consider strategies for establishing an independent research institute. After a few years of consultation, scientific reviews, legal procedure, and fitting out of new research labs at PMH, in 1989 the newly incorporated WA Research Institute for Child Health was ready to recruit its Founding Director.

Prior to doing so, Lou sought the advice of Professor Sir Gustav Nossal, Director of Walter and Eliza Hall Institute in Melbourne. 'What qualities,' he asked, 'should we look for in a founding director?' Sir Gus replied, 'There is one quality that truly matters: generosity.'

Following an international search by the Board of Directors, Fiona Stanley was appointed as the first Director of the Institute. The Institute was officially opened in June 1990. She remained in that position until her retirement from the role in 2011. Professor Stanley remains an active researcher and Patron of Telethon Kids Institute.