Could Perth lakes hold the key to fighting antibiotic-resistant superbugs? 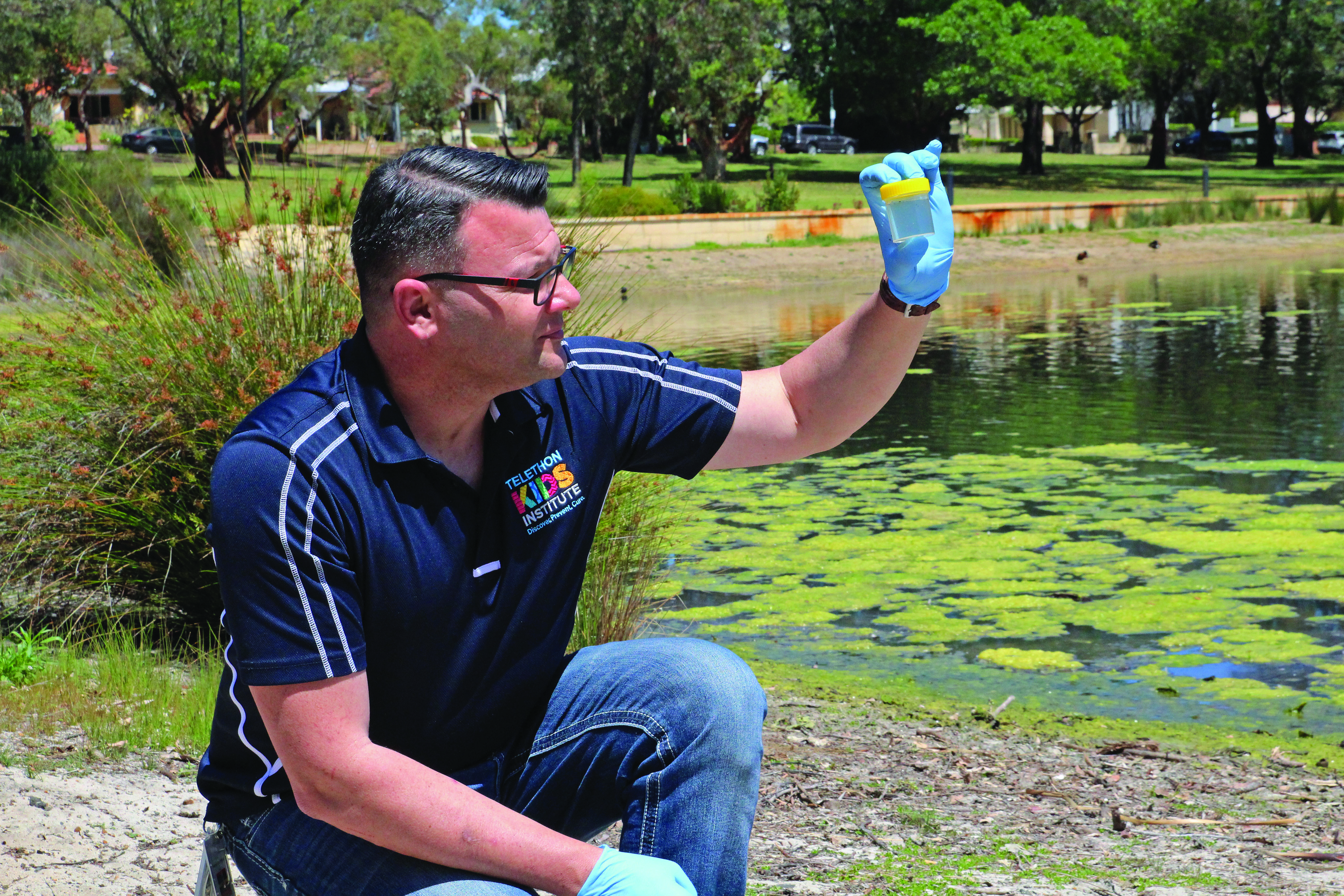 Called bacteriophage or, more commonly, phage, the virus works by preying on and killing host bacteria – a trait of particular interest to researchers anxious to find new weapons against antibiotic superbugs such as pseudomonas.

Increasingly recognised as a global health issue, superbugs are a major threat for children with cystic fibrosis (CF), who are prone to chronic airway infections caused by such bacteria. Treatment for these damaging lung infections typically involves extended antibiotic use, which can cause extreme side effects including nausea, poor gut health – and antibiotic resistance. Accordingly, there is an urgent need for alternative treatments that are more effective and gentler on kids.

“The remarkable thing about bacteriophage viruses - which I have nicknamed superhero viruses - is the way they are able to kill harmful bacteria,” Associate Professor Kicic said.

“We knew from results in eastern European countries there was real potential to harness this ability and use it to develop phage therapy for children with lung infection. Stagnant wet areas where there is abundant bird life provided the ideal environment to collect the bacteriophage we needed to explore this.”

Starting with an ice-cream bucket on the end of a long pole, Associate Professor Kicic went trawling in ponds and lakes around metropolitan Perth, bringing the samples back to his lab to be filtered, cleaned and purified. From there, he and his fellow Wal-yan Centre researchers extracted the bacteriophage – enabling them in turn to develop and successfully test phage therapy.

The team has since been able to demonstrate the effectiveness of phage therapy against a range of harmful bacteria affecting children with CF, including pseudomonas.

“Phage has this incredible ability to recreate itself inside the bacteria and multiply – effectively creating a microscopic army against the bacteria, destroying the lung infection,” Associate Professor Kicic said.

The team is now building a phage library – manually collecting further samples from Perth’s waterways to extract bacteriophage that can be screened for use against specific bacteria, and partnering with the Subiaco Wastewater Treatment Facility to source even more samples.

“We’ve spent the past year adding to this library and then using it to play matchmaker, screening thousands of phage viruses against individual bacteria strains taken from the lungs of WA kids to find the perfect match,” Associate Professor Kicic said.

“Once correctly identified, we are seeing a 100 per cent success rate with killing that particular bacterium.”

Building on 30 years of experience, where WA’s respiratory researchers have been recognised as among the best in the world, the Centre brings together clinicians, scientists, and community members from across the globe with a united goal – to prevent childhood respiratory illness and ensure that all children have healthy lungs for life.