A bold research program – funded by generous donors who dug deep at the 2019 Telethon Lexus Ball – is working to give young children lifelong protection against potentially deadly influenza.

In 2016, just 10 per cent of Australian children aged six months to four years were vaccinated against the flu. Two years later, this worryingly low vaccination rate would see tragic consequences, with the flu seasons of both 2018 and 2019 marked by a surge in childhood flu-linked deaths and severe complications nationwide.

It was a disaster that could have been prevented, had vaccination rates been higher. Associate Professor Chris Blyth, Co-Director of the Wesfarmers Centre of Vaccines and Infectious Diseases, based at Telethon Kids Institute, said low vaccination rates placed those in the community who were most susceptible to flu complications – including children – at the highest risk of infection.

“Our best bet is to prevent influenza from happening in the first place, and this can only be achieved by finding a safe and effective way to provide long-term protection early in life.”

The Telethon community dug deep in the wake of those two terrible seasons, donating more than $2 million to the Telethon Kids Institute at the 2019 Lexus Ball after hearing the heart-rending story of two-year-old Lucy DeLuis, who died in July 2019 just five days after being diagnosed with influenza.

Thanks to this generous support, Telethon Kids scientists have been able to ramp up a bold influenza research program, starting with the FluBub Study. Expected to deliver crucial information needed to tailor vaccines, policies and programs to ensure the safety of our children, the study also will pave the way for a greater ambition – to develop a single flu injection that would give children lifelong protection against all strains of the disease.

“The FluBub Study is investigating giving flu vaccine at two months of age instead of the current six months as per the National Immunisation Program (NIP), allowing us to establish how immunological protection is generated and test the potential advantages of early-life vaccination,” Associate Professor Blyth said.

“From there, we will apply cutting-edge systems vaccinology approaches that will provide us with the key to truly unlock the secrets of flu immunity and inform future vaccine development.

“Telethon means we can accelerate truly world-first projects like this.”

It is hoped results from the FluBub Study, along with providing an in-depth understanding of flu epidemiology and disease, will spark further changes to the NIP.

In 2020, thanks to the work of a consortium of influenza researchers across the country including Associate Professor Blyth, universal influenza vaccination for children aged six months to four years was included on the NIP for the first time in Australia’s history. As the pilot state for a funded immunisation program, Telethon Kids’ Western Australian data played a vital role in the IN LUCY’S NAME decision.

The life-saving significance of this public health measure – which is set to more than halve the number of children in this age group hospitalised by severe influenza – was recognised when the consortium was named a finalist in the 2020 Eureka Prizes.

Since then, Telethon Kids researchers have used an Institute-built mathematical model to estimate the number of Western Australians affected by flu each year under different childhood vaccination schedules. The model, which demonstrated the cost-effectiveness of the current WA preschool and primary school influenza vaccine program, led to policy changes expected to save the WA Department of Health millions of dollars in a typical influenza season.

Thanks to these and other policy updates – and the research behind it – WA now leads the country, with some of the highest childhood flu vaccination rates of any state. Since 2019, approximately half of all WA children aged six months to four years have been vaccinated against flu – significantly reducing their risk of becoming unwell with the virus.

“Increased vaccination rates show that policy changes make an impact, giving families confidence to vaccinate their children. It’s important that – as a community – we don’t lose sight of the importance of vaccinating against influenza,” Associate Professor Blyth said.

PAEDS, which operates in children’s hospitals across Australia, including Perth Children’s Hospital, collects data on children unwell enough to come to hospital due to a range of infectious diseases. Focused particularly on vaccine-preventable diseases, PAEDS uses the data to identify and monitor conditions of public health importance in children, including polio-like illnesses, influenza, pertussis, and meningococcal disease.

Associate Professor Blyth said the information gathered enabled the Australian Government to understand – and declare to the World Health Organization (WHO) – its status in relation to various infectious diseases.

“It’s because of PAEDS that, for example, Australia is able to declare to WHO that it remains polio-free,” Associate Professor Blyth said. “Using this and data from other groups around the world, WHO is then able to get a better picture of the global impact of a range of problematic diseases.

“The data we collect also helps researchers to understand what factors put children at risk of developing certain diseases and to monitor vaccine effectiveness and safety.”

In 2020, COVID-19 was added to the list of conditions monitored by PAEDS, with FLuCAN also expanding its normal approach to influenza to collect enhanced clinical data on COVID-19.

“Together, this information was used to help understand the incidence and severity of children requiring hospitalisation for coronavirus,” Associate Professor Blyth said. 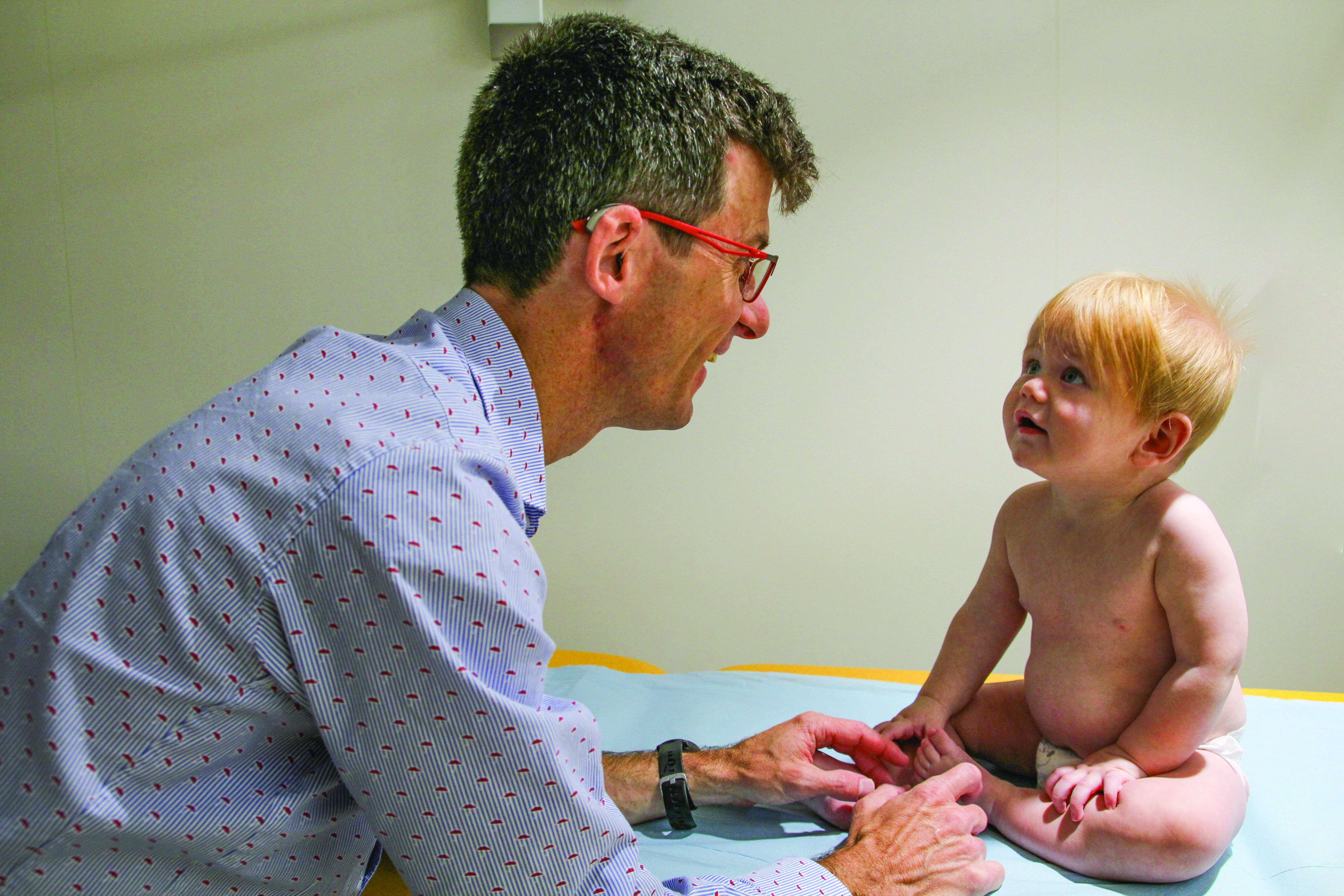 This ground-breaking research was made possible thanks to attendees at the 2019 Telethon Lexus Ball, who supported the Institute’s influenza research program after being inspired by the DeLuis family.

The DeLuis’ two-year-old daughter Lucy sadly lost her life in 2019 – just five days after being diagnosed with influenza – and her family is now dedicated to supporting research that will develop more effective weapons against the disease.

“This research is a critical step to ensure children like Lucy have greater protection against influenza, and will ultimately provide us with the knowledge and capability to design stronger, longer-lasting vaccines,” Associate Professor Blyth said.