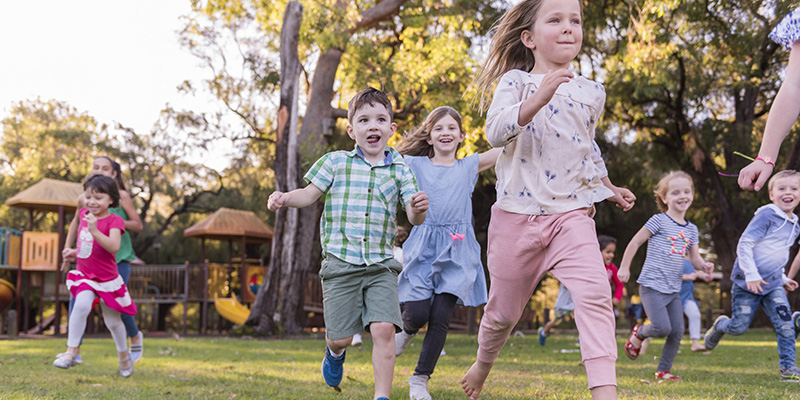 Kids and families can get their hands dirty at Sunday’s Telethon Family Festival at RAC Arena, with Telethon Kids Institute showcasing some of its world-class research.

The Telethon weekend is the highlight of WA’s fundraising calendar, and this year marks the event’s 55th year.

Families at the free festival can enjoy a day of carnival fun, entertainment and science, as dozens of Telethon beneficiaries showcase how the generous donations from West Australians are spent.

The Telethon Kids Institute marquee will feature four fun science activities, giving budding scientists a glimpse into what life is like as a medical researcher.

Families will be able to better understand how lungs work using slime, play “bacteria bingo” using our bio-viewers, make a Strep A bug and dress up like a scientist.

Visitors to the Telethon Kids Institute marquee can also try to guess the number of test tubes in a large conical flask and go into the running to win a mini lab coat.

Telethon Kids Institute Executive Director, Jonathan Carapetis, said the hands-on science fun was a great chance for families to gain a deeper understanding of where their Telethon dollars are going.

At Telethon Kids, our globally-recognised researchers are always asking questions to try to unravel the most complex challenges in child health and development.

“We’re very proud to be one of almost 100 Telethon beneficiaries in 2022 and we are so grateful to the people of Western Australia who support what we do all year round,” said Jonathan.

Telethon Kids Institute’s head of Breastfeeding and Immunology, The University of Western Australia’s Professor Valerie Verhasselt and her team will showcase their research on colostrum, as part of an activity showcasing UWA’s Telethon-funded research.

This first breast milk has a special composition that appears to be tailored for newborns but there is a widespread insufficient colostrum feeding.

Funded by Channel 7 Telethon Trust and using data from the ORIGINS Project, her research examines the early feeding practices of 1,000 children in WA and their relation to disease development, including allergy, infection, obesity and cognitive disorders.

The Telethon Family Festival will be held at RAC Arena and Wellington Street on Sunday 23 October.